Opinion: Canada's trade talk doesn't match its data-regulation walk, and if policymakers fail to coordinate those two, there could be trouble ahead 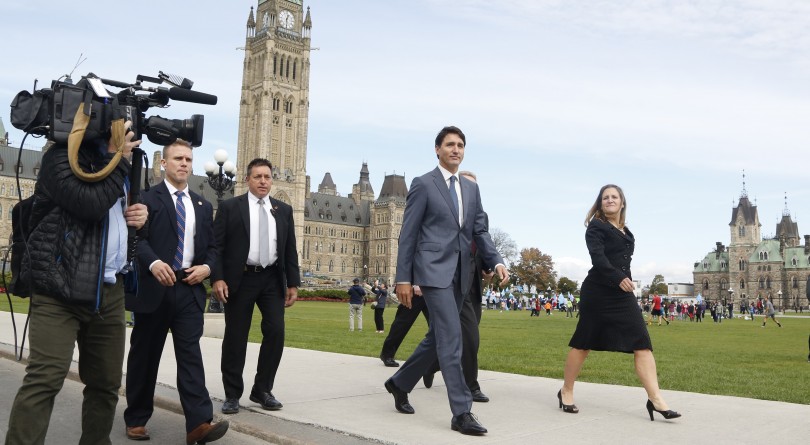 Susan Ariel Aaronson is a senior fellow at the Centre for International Governance Innovation in Waterloo and a professor at George Washington University in Washington, D.C. She is the author of multiple papers on data trade issues.

When we think about trade, we generally think about things like ships or planes, bringing us  foreign goods like cars, wine, or cheese. Yet the internet has transformed trade. In 2016, the McKinsey Global Institute asserted that the value of global data flows is greater than the goods trade. According to the World Economic Forum, “the world produces 2.5 quintillion bytes a day, and 90 per cent of all data has been produced in just the last two years.” Trade in data is fluid, frequent, and disruptive.

To its credit, Canada has been on top of this trend. Officials recognize that just as e-commerce has changed how we shop and even how we learn, data is creating a new service-based economy that includes new services associated with manufacturing, app development, artificial-intelligence services such as Strava or Stitchfix, 3-D printing, and the internet of things. Canada was the first nation to develop a national strategy for AI, and it ranks first among nations for its efforts to promote open data according to the Open Data Barometer. Policymakers seem to recognize that Canada needs two things to succeed in the data-driven economy: greater access to pools of data, as well as strong and trusted data-protection rules.

Canada is also one of the first countries to consult with its citizens on the relationships between data, innovation, jobs, and trust and to develop appropriate policies. On Jun. 19, the federal government launched a national consultation on digital and data transformation to “better understand how Canada can drive innovation, prepare Canadians for the future of work, and ensure they have trust and confidence in how their data is used.”

But despite this leadership, it’s curious—if not troubling—that Canada has not linked its consultation to its trade strategies. And trade agreements have become the most important venue to govern cross-border data flows—even if they may not be appropriate to govern the vital data-driven economy.

Canada’s Parliament is now considering one trade agreement (CPTPP) and soon another (the United States—Mexico—Canada Agreement (USMCA), or a “new NAFTA”) that include binding provisions on trade in data. Global Affairs argues that CPTPP addresses barriers “without compromising the protection of consumers and personal information (and) ensures that Canadian companies, will be able to take advantage of expanding online commercial opportunities.” The agreements also ban data localization policies, which require that firms store data in servers located in a signatory country, and include several exceptions that allow governments to breach the rules to achieve important domestic policy goals such as protecting national security, public morals or privacy.

But while these agreements include language encouraging cross-border data flows, these trade agreements don’t really address the unique issues associated with the cross-border exchange of data that underpins services such as Twitter, Google Translate, or Stitchfix. Instead, these agreements conflate e-commerce, digital trade and data-driven sectors, which are not the same; after all, as the U.S. government pointed out, when data is exchanged across borders, it may not be associated with a transaction, so it may not really be fair to call these flows “traded.” Data, too, is traded differently from other goods and services. And much of the data flowing across borders and powering new sectors is personal data—digital data created by and about people. While they may benefit from services built on that data, the people who are the source of that data do not control, exchange, and account for it, even though it is their asset.

READ MORE: How USMCA could scuttle free trade with China

Nations are still figuring out how to regulate the data that fuels new sectors such as AI or the internet of things, and many states are questioning whether to regulate disinformation or algorithms. Meanwhile, individuals exchanging the same set of data can occur repeatedly in nanoseconds (like, say, when millions of people access Trump’s latest insulting tweet), and the location of that data is hard to determine on the borderless network, making it hard for researchers and policymakers to determine what is an import or export. That would also make it hard to ascertain when data is subject to domestic law (such as laws governing intellectual property or disinformation) and what type of trans-border enforcement is appropriate.

But this wild west makes the stakes particularly high for Canada, which wants to create “Silicon Valley North” on the strength of its legacy in machine-learning AI and similar data-driven work. In that sector, economics of scale in data is key to success, because with more access to various types of personal and other types of data, computer scientists can more easily test and improve algorithms, apps, and services built on data. However, countries like China (1.2 billion people and weak data protection) or trade blocs such as the EU (strong data protection and a half-billion people) are also working to build their own comparative advantage in data through their own, unique regulatory strategies and subsidies. If China and the EU can marshal these advantages, that could leave Canada—with its relatively small market of 38 million people—to struggle to compete without fostering shared international rules that provide personal-data protection, encourage cross-border data flows, and properly address the challenges of these new data-driven sectors.

READ MORE: What if the Toronto-Waterloo corridor really does become a ‘Silicon Valley North’?

Leadership abroad begins at home. Canada’s policymakers will need to coordinate domestic data regulations with its international trade strategies. They will also need to figure out how to reconcile Canada’s need for economies of scale in data with Canadians’ support for strong data protection. Even as we discuss concrete issues like dairy and steel and more out of these enormous agreements, this discussion on data needs to begin now—or the diversification of Canada’s future economy could be at stake.