Canada is being bullied by China. Here’s how it can shut it down.

Amir Attaran: There is one legal move that would prompt immediate action—shutting down Canadian airspace to Chinese cargo services 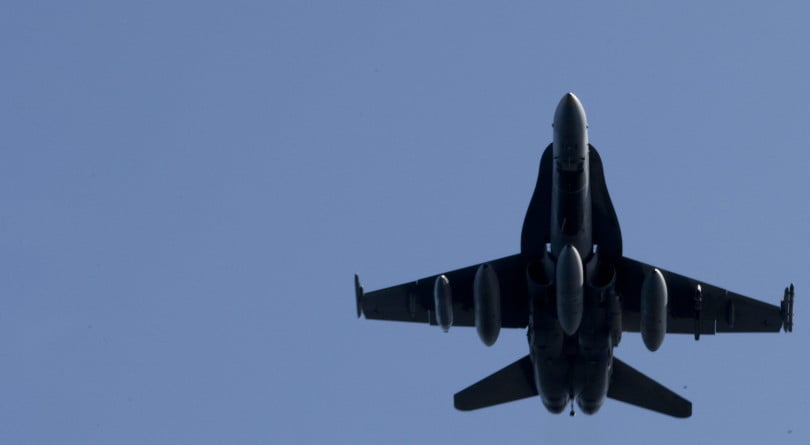 Amir Attaran is a professor of law and medicine at the University of Ottawa, and a lawyer who has advised several national governments on international trade.

It’s tough on Canada being a middle power, or more accurately, a sandwiched power, squeezed between the United States and China over the case of Meng Wanzhou. Dwarfed by both, it feels as though we have no power, except to plead with one or the other to back down.

But pleading hasn’t worked, and to underscore its futility, a year ago China detained Canadians Michael Spavor and Michael Kovrig, who are being held hostage in torturous conditions.

Fortunately, the idea that we must plead is wrong.  Canada can use the one superpower that comes with being in the sandwich—the skies.

The skies? Yes, because many cargo airplanes that pass from China to the United States cross Canada’s airspace. Deny those aircraft the ability to overfly, and a supply chain on which billions of dollars of Chinese trade depends would be severed.

Best of all, while this sounds—and is—extremely aggressive, it is also perfectly legal. Here is why.

Canada has the second largest territory in the world. Under an aviation treaty called the Chicago Convention, it “has complete and exclusive sovereignty over the airspace above.” That international law makes us a superpower of sorts, able to choose which aircraft may or may not overfly a huge portion of the Northern Hemisphere. Permission is customarily given, but where desired, it can be refused.

Wisely, and to preserve its superpower, Canada never signed the umbrella treaty under which most countries exchange overflight rights. Instead, our country prefers one-on-one treaties, making it easier to withdraw overflight rights from single countries.

Rarely this happens. For example, in 2003 Canada and Russia (the only country with airspace larger than ours) briefly closed their airspace to one another. Diplomacy soon papered that dispute over.

Could Canada do likewise to China? Certainly. A treaty authorizes the countries’ designated airlines to overfly on agreed services, including cargo services. The treaty also allows to “withdraw a designation”.

Thus Canada could, if it wished, withdraw any Chinese airline’s right to overfly Canadian airspace. For example, we could ground Air China’s nonstop service between Beijing and Washington. That would get both countries’ attention!

But that is too provocative. Wiser would be to withdraw the designation of purely cargo services, not passenger services.

Disrupting cargo would wreak havoc with the just-in-time supply chains that move industrial components into and manufactured goods out of China. The pain would be instant—China would feel it within hours, and factories would stand still within days—but the remedy of rerouting all that commerce through non-Canadian airspace, or aboard non-Chinese airlines, probably would take months. Every possible workaround also would add costs, slamming China’s competitiveness.

Are there reasons not to do this?  Probably, but not big ones.

While China would be infuriated, its opportunities for payback are limited. It definitely would close Chinese airspace to Canada’s airlines, but we can endure that because it affects very few of our flight routes (Toronto to New Delhi, for example). In contrast, the United States and China are the world’s two biggest users of air cargo, and most routes between them overfly Canada. As the sandwich country, our ability to get in the way far exceeds theirs.

In fact, the mismatch is so great that it could not last long. China has already hit Canada’s soft targets: our hostages, and our agriculture. Selecting new targets would take it longer than the instant damage a flight shutdown would cause.

Faced with that reality, China would want negotiations immediately—itself a success, because China has coolly dodged high-level negotiations since the Meng affair began.

So we could do this, save possibly for our own, very Canadian reticence. Being so aggressive is not prominent in our national character. Internationally we are respected as level-headed, and slow to reprise when attacked. Those are admirable things about us, but they sometimes backfire, as in the Meng affair where our level-headed attachment to the rule of law is exactly what triggered China’s rage. Our noisy spat with Saudi Arabia in 2018 came about for similar reasons. Authoritarian countries will tend to look on Canada’s respect for law as an annoyance when it gets in their way.

On those rare occasions, we have to think differently. We should always try strategic patience first. But after a year of trying diplomatically to free our hostages in China, nothing will change until the gloves come off.

Which leads me to believe that it is worth risking a fight with China. If Canada started small, by closing its airspace to just one or two Chinese cargo flights and hinting that we could do more, probably China would lash out with words but hesitate to do so with deeds. In the ensuing standoff, every international news report would be about both Canada’s airspace and China’s torture—hardly a moral equivalence, and deeply unhelpful to China.

There would be intense demands to negotiate, and our diplomats would have to be fully primed and ready. The Americans would be worried, but they could be managed. Considering that the Trump administration is also eager to fight China over trade, we might even persuade them to cooperate, as by being slow to approve new cargo flights into Pacific airports like San Francisco and Los Angeles.

Few allies would raise their voices to support us and risk a Chinese lashing, but secretly many would be rooting for us over the hostage-torturer. That is an okay place to be, for a middle power.