Cindy Blackstock: The federal government, which has an insatiable appetite to be thanked for inadequate measures, should expect no gratitude for discrimination 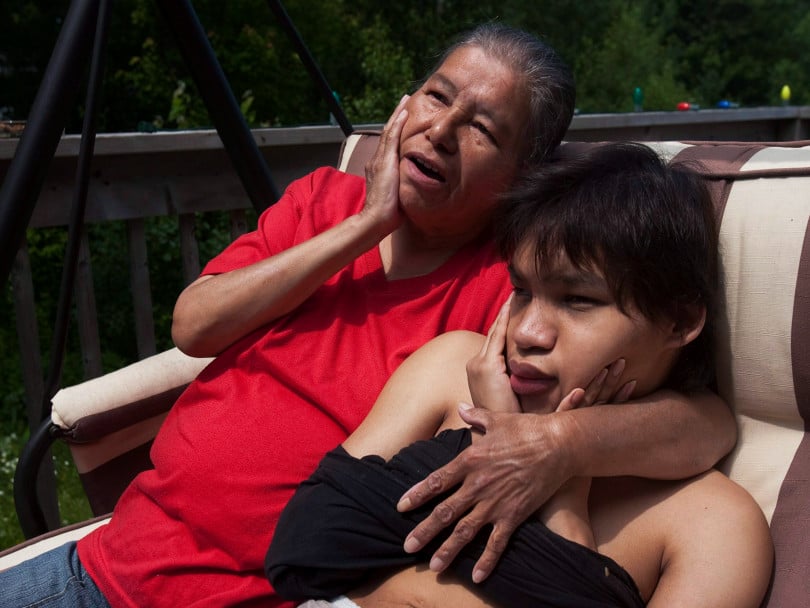 Cindy Blackstock is a member of the Gitxsan First Nation and currently serves as the executive director of the First Nations Child and Family Caring Society and is a professor at McGill University.

Evidence linking federal shortfalls in basic public services with the deaths and unnecessary family separations of First Nations children dates back 112 years. Despite this, Canada has repeatedly chosen to normalize inequality rather than fix the problem. Its warped expectation of gratitude is embedded in phrases we hear all too often: “We have done more than any other government”; “We are taking good first steps”; “Be patient—it’s complex”; “Change can’t happen overnight”; and the latest one, “We are talking to partners.”

Canada tends to frame itself as a benevolent leader in the midst of this ongoing human tragedy in order to reassure a caring public that something is being done. In reality, little is actually changing on the ground for these children, their families and their communities.

This posturing also does something more perverse. It implies that the federal government is the real victim and that it is not being appreciated for its efforts.

I have seen this first-hand. In 2016, Canada provided some money to alleviate its long-standing discrimination in First Nations child welfare, but it fell far short of what was needed. A reporter said I must be grateful that the federal government had helped a little. And indeed, my first reflex was to be grateful, because when someone gives you something you are supposed to be thankful, right? But upon further reflection, I realized that all Canada was offering was a continuation of its discrimination against First Nations children, and I could never be thankful for that.

This pattern lit up in response to the Canadian Human Rights Tribunal’s September 2019 finding that the federal government was wilfully and recklessly discriminating against First Nations children in ways that contributed to child deaths and a multitude of unnecessary family separations. The tribunal ordered Canada to pay $40,000 to each victim of its discriminatory conduct, dating back to 2006. Despite Prime Minister Justin Trudeau’s repeated assertions that he supports compensation, the federal government filed a judicial review to “quash all financial compensation” on Oct. 4, 2019.

RELATED: What the debate around Indigenous genocide says about Canada

Post-election, Canada’s legal position is unchanged. Legal documents filed by the Attorney General of Canada on behalf of the federal government argue that it will be irrevocably harmed if it has to pay, even though its own high-end estimates suggest that the compensation would amount to less than five per cent of Canada’s national budget. They even argue that fulfilling the tribunal’s order to just talk to the Assembly of First Nations and First Nations Child and Family Caring Society about a process for the distribution of the compensation would be too much for the government to bear.

Canada says any harms to victims flowing from its legal wrangling could be mitigated by paying interest on any monies owed to victims. That is the way Canada thinks—despite the history of residential schools, the Sixties Scoop and 10 orders by the tribunal, it cannot focus on the devastating human impacts of its own conduct.

The passing of Maurina Beadle this past week evidences the inhumanity of Canada delaying the compensation payouts. In 2011, Maurina, a fiercely independent single mom from Pictou Landing First Nation in Nova Scotia, applied for help through Jordan’s Principle—a measure to ensure First Nations children can access public services free of discrimination—to provide physical care to her son, who has high special needs, while she recovered from a stroke. Maurina was not looking for charity. She had cared for Jeremy his whole life and planned to do so again, as soon as she was strong enough to hold a water glass. Canada suggested she put Jeremy in an institution even though it would cost more than the at-home care Jeremy needed. Maurina and Pictou Landing First Nation filed suit against Canada in 2011.

My first memory of Maurina was her making her way up a steep hill in Halifax with her walker to be cross-examined by government lawyers. While the cross-examinations took place, we could hear the sounds of community members drumming for her outside. I knew then that Canada had met its match and, in 2013, the Federal Court agreed, ordering Canada to pay for Jeremy’s care. Canada appealed the decision, and included a clause ordering Maurina to pay its court costs. After significant public outrage, Canada dropped its appeal.

Three years later, the Canadian Human Rights Tribunal cited Maurina’s case in its legal decision that has provided over 250,000 products and services under Jordan’s Principle this past year alone. Her inspiring story is recounted in Alanis Obomsawin’s documentary on the tribunal hearings called We Can’t Make the Same Mistake Twice. Maurina would have been eligible for compensation under the tribunal’s decision but she died while Canada fought her, and people like her, in court.

This column appears in print in the January 2020 issue of Maclean’s magazine with the headline, “No more thanks for injustice.” Subscribe to the monthly print magazine here.