Ken Boessenkool: An immediate, crisis basic income of $2,000, delivered through the tax system might just be what saves working Canadians during the coronavirus pandemic 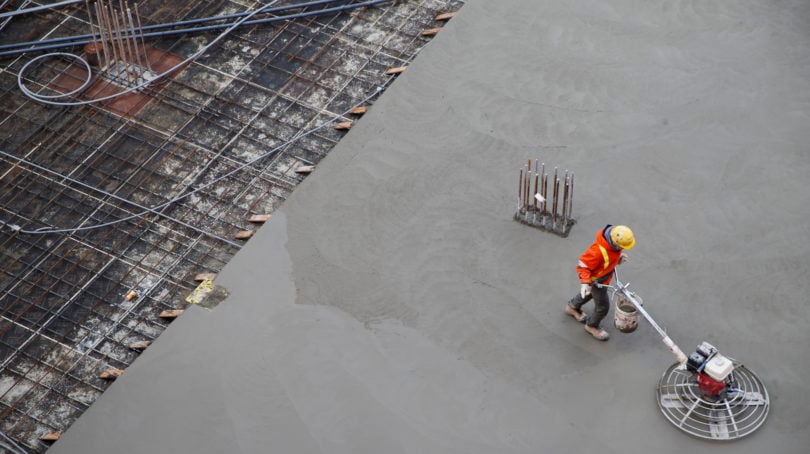 A worker is seen smoothing concrete at a development prior to a news conference at a construction site in Toronto on Jan. 16, 2020. (Cole Burston/CP)

My son-in-law Matt works a labour job in southern Alberta. It’s a new job and he’s currently on probation—no health, vacation or other benefits quite yet. Matt is like so many other Canadians who make a modest wage in the service and labour sector, living pay cheque to pay cheque.

If Matt wakes up tomorrow morning with a bit of a fever and a cough he is faced with a very difficult choice. If he self-isolates, his employer doesn’t need to pay him (they might, but don’t have to), and Matt won’t be able to pay his rent for his family, including my grandchild. That might tip the balance into going to work when he really shouldn’t. The right thing from his personal, economic perspective becomes the wrong thing from a public, health-crisis perspective.

Now imagine if the federal government announced that it would be mailing or direct-depositing cheques to every Canadian who files taxes within weeks. If Matt woke up and heard that on the radio, his calculous, and the calculous of millions of Canadians, would be drastically different. The personal economic and public health perspective would align.

MORE: It is time for a national unity government

And Matt is actually one of the lucky ones. He can go to work, he doesn’t need childcare (which simply disappeared with the crisis), he doesn’t have school-aged children to care for at home, and he doesn’t work in a restaurant, bar or other service industry that has shut down. All of these people need cash—and they need it now.

An immediate, crisis basic income of $2,000, delivered through the tax system, might be just what Canada needs.

Almost 30 million Canadians filed taxes last year. That covers the vast majority, if not nearly all Canadians who are working. You are not required to file taxes if you don’t owe taxes, but nearly everyone does as it is the best way to claim benefits. The government has the address, and in many cases the bank account numbers, for those Canadians.

And it’s working Canadians who are facing the largest cash crunch right now. Canadians on other government programs will see benefits continue. They may have other challenges, but their income and its source is reliable. That’s not the case for Canadian workers. Millions are losing work, can’t get to work, and have to choose between child care and work.

MORE: Canada needs a coronavirus stimulus plan. Here’s what it should look like.

We need to get money to all of them, quickly, efficiently and without worrying too much about either the cost or getting money into some hands that don’t really need it. But governments and policy makers aren’t wired to think this way.

We have spent the last few decades making programs more targeted, less indiscriminate, and less costly. What few broad-based programs exist are clawed back by income. We have greater ability to target specific groups and specific problems with narrowly targeted programs. And our miserly departments of finance across Canada have eliminated most tax-based, open-ended programs in favour of application-based capped and targeted programs.

To reiterate, perhaps the biggest economic and health challenge we face right now is the sudden loss of working income, and a crisis basic income can be delivered through the tax system to the vast majority of working Canadians.

This won’t be cheap: the upfront cost of a $2,000 cheque to all income filers would be $57 billion; not exactly chump change for a federal budget of $300 billion. And every penny of this would add to the deficit—for now. These would be one-time payments that would be easy to stop, making the resulting deficit temporary; a critical benefit of this approach.

But we could also claw some of these payments back through the tax system on next year’s tax form; a well-designed claw back should net the government about half of the initial payment.

Yesterday the federal government proposed a number of new and expanded targeted- and application-based programs to deal with working Canadians, plus some modest cash benefits that will flow in May. I fear this approach will simply take too much time, create too much confusion, and require working Canadians to apply for complicated programs.

Much better would be a simple message that the government will, within the next month, send every Canadian who filed income taxes a cheque—or a direct deposit—for $2,000.

We need Matt, and millions like him, to make the right decision if, God forbid, they wake up with a fever tomorrow morning. Throwing out much of the good lessons we’ve learned in the last 40 years might just be the best way to do that.