Opinion: As a result of dramatic demographic change, and the resulting higher spending and slower revenue growth, governments in Canada face stark choices 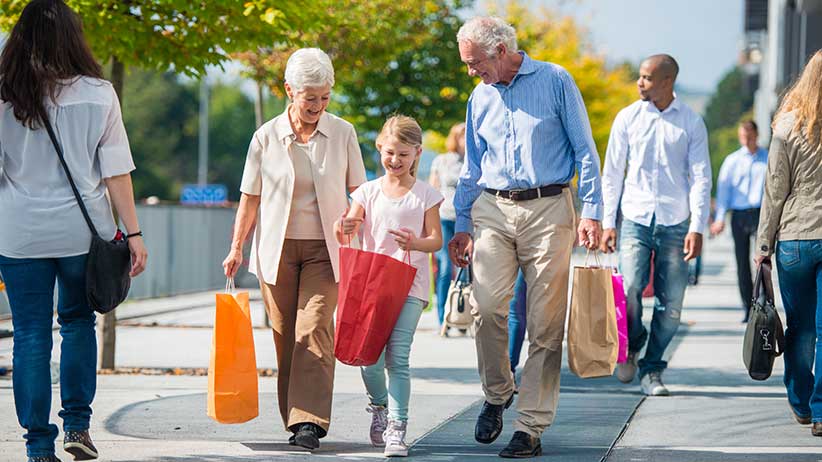 The lack of fiscal prudence coast to coast raises serious concerns about the ability of Canadian governments to deal with future fiscal headwinds including pressures on government finances due to Canada’s aging population.

According to Statistics Canada, from 2010 to 2063, the seniors’ share of Canada’s population will increase from a little under 15 per cent to more than 25 per cent. This means the share of Canadians working compared to those in retirement will decrease significantly.

READ: What the census tells us about Canada’s aging population

Second, marked pressure will be placed on programs sensitive to demographics such as health care and income support programs for seniors such as Old Age Security (OAS). In fact, the cost of income transfer programs for seniors is expected to increase by 47 per cent by 2045. Again, this shouldn’t surprise anyone as more seniors (as a share of the population) means more benefits supplied by government.

READ: The Liberals are spending far more than they said they would

To put these spending increases into perspective, when combined, the higher projected government spending related to health care and income support programs for seniors (OAS, etc.) would be equivalent to spending an additional $107 billion on these same programs over and above what governments in Canada spent in 2016. 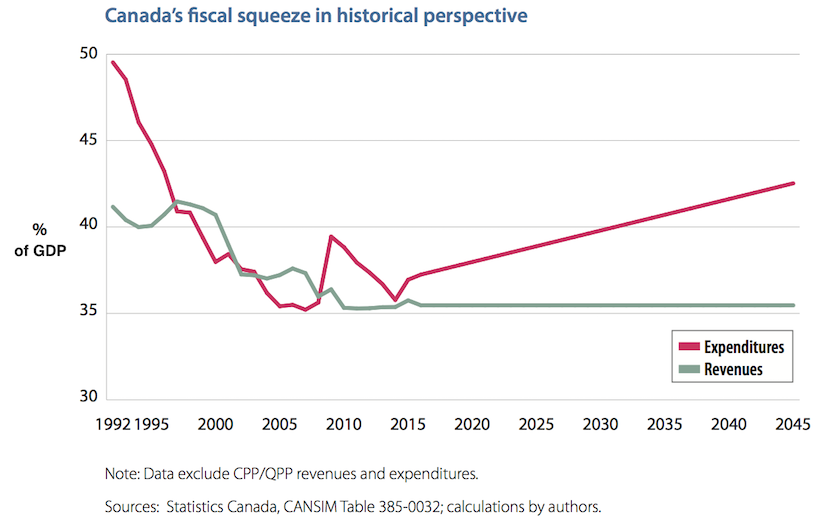 In response to this dramatic demographic shift, and the resulting higher spending and slower revenue growth, governments across Canada will face stark choices. They will have to reform spending programs, enact policies to improve economic growth, run deficits and accumulate debt, and/or raise tax rates. If governments—including the federal government—continue to choose deficits and debt, Canada’s net debt-to-GDP ratio (a metric economists use to measure the sustainability of government debt by comparing it to the size of the economy) could increase to between 167 to 252 per cent by 2045.

But there’s good news. This dire fiscal situation is not inevitable. Proactive steps can and should be made to reform government program spending and encour­age stronger economic growth across the country, which would mitigate the adverse effects of Canada’s aging population.

Taylor Jackson and Jason Clemens are coauthors of the Fraser Institute study, Canada’s Aging Population and Implications for Government Borrowing, available at www.fraserinstitute.org