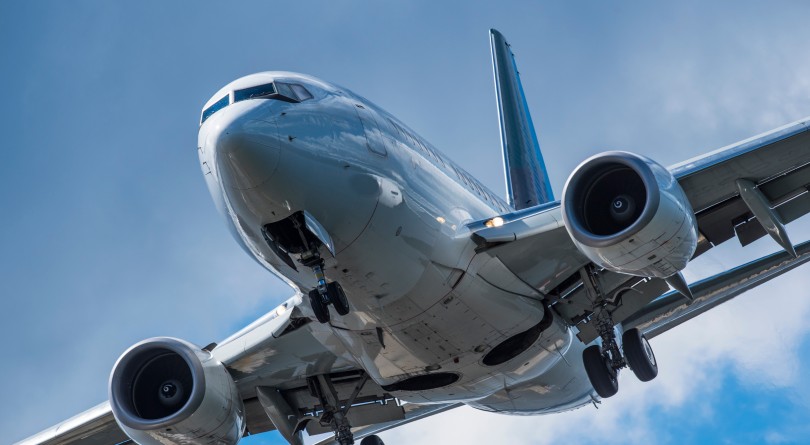 A telephoto image of a plane landing at an airport in British Columbia. (Shutterstock)

Suzanne Kearns is an associate professor at the University of Waterloo.

Canada has a long and proud aviation history, recognized as a country of chief importance in global aviation, with an aviation sector made up of organizations that rank among the best in the world. The industry transports travellers, but also moves cargo, provides medical and logistical services, and serves as a crucial lifeline to northern and remote communities. In fact, Canada has the third-largest aerospace sector in the world, generating $29.8 billion in annual revenues, 211,000 direct and indirect jobs, and five per cent of the jobs in the North. We also have excellent infrastructure for flight education; we produce about 1,200 new commercial pilots each year.

And internationally, demand is rising at an unprecedented rate. Airlines are projected to double the number of aircraft and amount of passenger traffic by 2036, which will require 620,000 new pilots to fly large commercial aircraft internationally; 80 per cent of these new pilots are currently youth who have yet to begin pilot training. Canada alone will need 7,000 to 10,000 new pilots by 2025.

Yet meeting the current level of demand in the aviation industry already represents a struggle. According to the Canadian Council for Aviation & Aerospace, half of the flight operators in Canada say that finding qualified pilots is a significant challenge, with some reporting flight cancellations due to lack of flight crew. It’s only going to get harder on that front, too: while Canada indeed produces 1,200 new commercial pilots annually, only about 500 new pilots join the Canadian industry each year. Many of the 1,200 are international students or are drawn away by higher-paying jobs elsewhere in the world.

In addition, it is common to see around half of the flight students quit training before completion, usually because of financial difficulties. Before being eligible for employment, student pilots must earn licenses and ratings that cost approximately $75,000, and can climb to over $150,000 with tuition fees and other student costs. Student loans do not cover flight costs in most provinces. On top of that, the significant demand for pilots has caused regional airlines to hire new graduates directly before they follow the traditional path of working as a flight instructor. This creates a shortage of flight instructors, which disrupts training capacity.

With all of those headwinds, it adds up to a projected Canadian shortage of almost 3,000 pilots by 2025—and for reference, Air Canada currently employs about 3,500 pilots in total—which will only lead to more delays and cancellations that affect the travelling Canadian public. “We are facing a crisis as there is not the requisite level of new pilots entering the system to sustain the pilot ‘pipeline,’ ” says Heather Bell, the chair of the B.C. Aviation Council. “This pilot shortage will have severe and critical impacts not only on our economy and operators but on our remote and Indigenous communities.”

The pilot shortage is shortening the traditional phase of a pilot’s career during which they build experience. In years past, newly graduated pilots would complete an “hours-building” phase of their career, working as a flight instructor or flying in support of northern/specialty operations. Although lower paid positions, the hours of experience were very valuable. After two-to-five years, young pilots had sufficient experience to apply for higher-paid and desirable piloting positions in airlines or corporate aviation.

In recent years, this phase of a pilot’s career has been reduced or even eliminated. The industry is shifting away from measuring experience in hours towards competency-based training methods. These modern teaching approaches use instructional techniques and technologies (such as flight simulators) to produce graduates who are more airline-ready upon graduation. This allows regional airlines to increasingly recruit directly from schools. Although a tremendous opportunity for young pilots, this direct recruitment disrupts the entire training pipeline; as fewer pilots choose to serve as flight instructors. The resulting instructor shortage reduces the throughput of flight students. “I have begrudgingly started to use the word ‘crisis’ as we continue to see every sector of the aviation industry scoop up pilots from the beginning of the supply chain,” says Dan Glass, the president of Mitchinson Flight Centre in Saskatoon.

Likewise, aviators are increasingly choosing to fly higher paying position in urban areas, rather than positions in the North. This threatens northern communities that rely on air transportation for vital supplies and equipment. “Unless we are miraculously able to find qualified flight instructors, we will have to limit the number of new students we can take on this year and turn away work,” says Colette Morin, the owner and chief pilot of Glacier Air.

“Pilots are gravitating toward major airlines in record numbers, as larger airlines aggressively recruit from a continuously replenished pool of pilots from smaller carriers,” says Robert Deluce, the president and CEO of Porter Airlines. “Eventually, the pool will shrink, which could destabilize the entire industry.” Some regional carriers have reported additional challenges as they fund new-hire pilot’s type endorsement ratings, which are qualifications needed to fly larger aircraft. Historically, this cost was a worthwhile investment as those pilots would typically serve for a number of years, but today, regional pilots are being recruited by major airlines more quickly and the financial impacts are taking a toll.

A possible remedy to the shortage is to encourage more diversity within the industry, as only 5.18 per cent of pilots are female, and a disproportionately low number are people of colour. “Opening the door for females and minority groups gives Canada access to a large number of potential pilots and creates a more diverse, balanced workforce,” says Wendy Tayler, the president of Alkan Air. However, there are obstacles in the way—around financial accessibility and unconscious bias in the industry—that must be broken down first.

In addition to educational offerings, such as free online training available through the University of Waterloo and the International Civil Aviation Organization, additional government support for the aviation sector is needed. Access to student loans for flight training costs, and consideration of loan forgiveness for time served as an instructor or in northern communities (which is currently offered to young medical professionals who serve the North), may ease some of the threats. Promoting pathways for women and minority groups into aviation careers is also crucially important. “Historically, passion for aviation was enough to drive sufficient numbers of people into aviation and aerospace careers, but that’s no longer the case,” says Darren Buss, the vice president of the Air Transport Association of Canada. “To overcome this critical shortage, government and industry must work together collaboratively to remove barriers that keep people who want to pursue aviation from doing so,”

Our country cannot afford to lose the connections to people, business, and infrastructure around the world that aviation provides. Without action, we risk making the whole sector—one that’s vital to Canada’s economy and our way of life—unsustainable.