Denise Balkissoon: It's clear that COVID-19 and racism are a dangerous combination. We need better information about how Indigenous, Black and other racialized people interact with Canadian health-care systems. 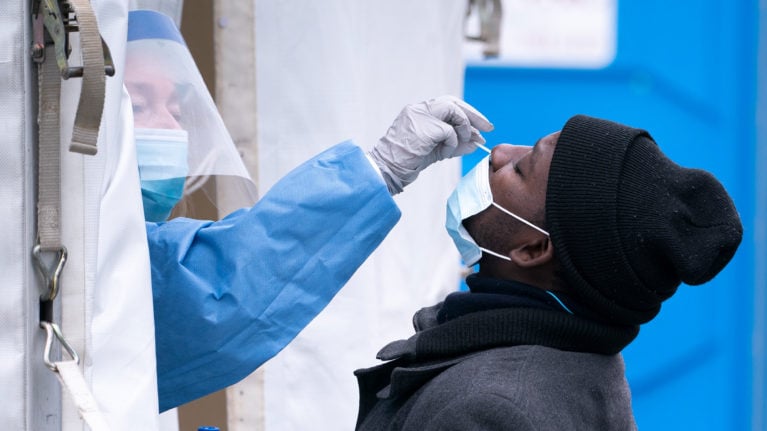 Canada’s highest incidence of Indigenous COVID-19 infections is in Saskatchewan. On that, the federal government and independent researchers agree. But they’re sharing wildly different numbers: as of May 26, Indigenous Services Canada had counted 49 Indigenous COVID-19 patients in the province, while the Yellowhead Institute at Ryerson University knew of 241. That yawning gap is because the feds only count cases on reserves, even though the majority of Indigenous people don’t live on them.

Endless surprise at evidence of racism is one of the most racist things about Canada, and sloppy data collection has long helped maintain plausible deniability. It’s well past time for better information about how Indigenous, Black and other racialized people interact with Canadian health-care systems.

The goal, though, must be more sophisticated than gathering numbers and spitting them out. After all, the United States has a whole lot of race-based health data, yet outcomes for Black, Latino and other racialized communities are often abysmal. If such information is going to be meaningful, it matters who collects it, how they collect it, and what happens next.

Clearly, COVID-19 and racism are a dangerous combination. Look at the Montreal-Nord neighbourhood, which has a large Haitian population and the country’s highest infection rate. As of May 29, there were 2,686 cases per 100,000 people. Quebec has walked back its data-collection pledge, but connecting the dots isn’t difficult. This is a community where many people have precarious immigration status, which limits their employment options. That in turn leads to low incomes and overcrowded housing, which now brings a heightened risk of infection, and even death.

A lack of options also leads to dangerous work, and over a quarter of infected Montreal-Nord residents do crucial work in health care. Yet it took weeks for Premier François Legault to even consider fast-tracking permanent residency for long-term care workers, because Haitian migrants are treated as political footballs in this country, not human beings.

The city of Toronto says its race-related data isn’t ready yet, but it did release neighbourhood information in late May. Of the five neighbourhoods reporting the city’s highest COVID-19 infection rates, four are at least 59 per cent “visible minority.” Four out of the five with the lowest rates have visible minority populations of 26 per cent or less.

“Visible minority” is the city’s term (likely following Statistics Canada), and it’s an irritating example of how poorly many Canadian researchers conceive projects on race. I’ve never been convinced that the “minority” part doesn’t mean “lesser than.” If it’s supposed to be demographic—as in, there are fewer people who don’t look white compared to people who do within a certain place—“visible minority” is factually incorrect in Toronto, where people of colour make up over 50 per cent of the population.

More broadly, it’s not useful to lump all racialized communities together. In his years researching how to make education more equitable, York University professor Carl James has combed through disaggregated racial information from the Toronto District School Board. He’s consistently found important differences among students categorized as “Black.” For example, newcomer students from the Caribbean or Africa tend to fare better than those born here. James has theorized that it’s because Black Canadian citizens have endured racism at school their entire lives.

James is Black, and all race-related research is most intuitive, ethical and meaningful when it’s done by those with an intrinsic understanding of what questions to ask. Another overly broad category that he’s pulled apart is “Asian,” noting that Filipino students struggle more than those with roots in other countries. That’s another community that needs particular attention now: to list just one reason, most of the workers at Cargill’s Alberta meat plant, which had a terrible COVID-19 outbreak in April, are Filipino. If the goal of data collection is targeted action, the target needs to be clear.

READ: ‘The weight of change should not rest on the shoulders of Black people’

Target is a poor word choice, considering how often race-based health data has been wielded as a weapon. (This is, after all, a country where Indigenous children have been used in medical experiments.) Like everything else, data needs to be decolonized, which means it needs to be developed, collected and owned by the people it’s supposedly for. They might actually use it, unlike the Canadian government, which endlessly documents its discriminatory practices, but very rarely moves to fix them.

As protests against police brutality roiled in late May, the Ontario Medical Association (OMA) put out a statement pledging to “eliminate the disparities that exist between communities.” The next day, the Black Medical Students Association at the University of Toronto shared a post welcoming 24 new students, set to be the largest group of Black students to graduate in the medical school’s history. If the OMA is sincere, these future doctors will soon be creating and leading data projects, on teams full of racialized researchers, health-care providers and software developers. Heartfelt statements are easy, and actions speak louder than words.

So yes, Canada should collect race-based health information, but only intelligently. Our lack of data infrastructure is unfortunate, but also an opportunity to design it properly, with an eye to ending the injustices that are so hazardous to health.

This article appears in print in the July 2020 issue of Maclean’s magazine with the headline, “Better race-based data.” Subscribe to the monthly print magazine here.