Opinion: The B.C. floods remind us of the consequences of ignoring the need for investment into infrastructure 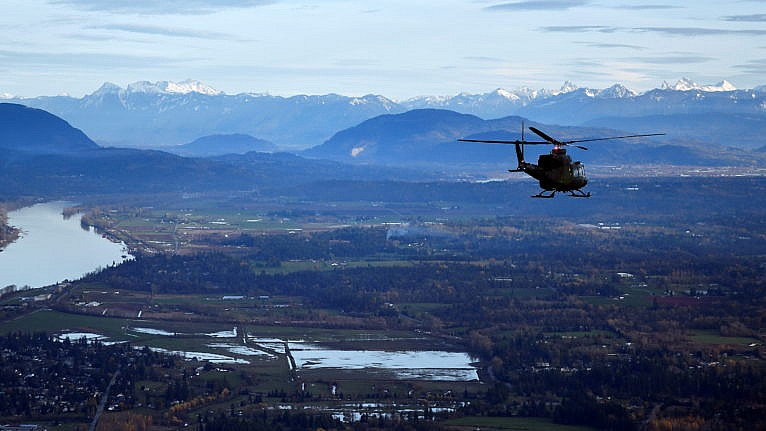 For years, climate action has been tied up in a false dichotomy of the economy versus the environment: two intractable foes, pitted against each other. The greens versus the bean-counters. Canadians’ pocketbooks versus the safety of the planet.

As of this week, that frame has been soundly discredited. It was never the economy or the environment, it’s climate action and future prosperity or inaction and economic destruction.

The B.C. floods and mudslides are shaping up to be the largest weather-related disaster for Canada this year. Businesses have been forced to shut down — they’re either literally under water, or their balance sheets soon will be, as their supply chains are abruptly cut off.

A terrorist attack on multiple points in our rail and road system could not have been more destructive for the B.C. economy than the “atmospheric river” caused by our increasingly volatile climate. Rail traffic has been halted in and out of the port of Vancouver, with losses estimated at more than $300 million per day until service can be restored.

The floods, wildfires and heat domes that B.C. has experienced in 2021 can no longer be considered anomalous, freak events. As the climate warms, they will become inevitabilities. And as outlined in our recent report Under Water, we must prepare to meet them with urgency and at scale — just as we would respond to any other known threats to our national and economic security.

Climate and weather impacts already had the economy in a headlock and have been putting the squeeze on our growth. Since 2010, the costs of weather-related disasters and catastrophic events have amounted to about 5 to 6 per cent of Canada’s annual GDP growth, up from an average of 1 per cent in previous decades. The 2013 southern Alberta floods cost the province over $5 billion dollars in economic output due to employment disruption; the costs for B.C. will be far more.

Climate change may have us down, but we’re not out.

We need to prepare for what’s coming, and that means better information. Where are our weak points, the regions, the people and the infrastructure most vulnerable to catastrophic risk? A lot of the time we don’t know, because in Canada information on climate-related risks is often unavailable or at best out of date. For example, B.C. flood mapping for the Nicola and Coldwater Rivers around the evacuated City of Merritt was last updated in 1989 — 32 years ago. Government flood maps are, on average, 20 years out of date, and don’t adequately consider the changing climate. Even bigger information gaps exist for climate-fuelled threats like wildfire. A lack of climate risk information and transparency is a roadblock preventing us from preparing. This is fixable.

It’s clear from looking at the washed-out highways and rail lines in B.C. that we need a huge investment in climate-resilient infrastructure. B.C.’s current crisis shows that such investment is the most cost-effective way to protect the services that people and businesses depend on. Canada already has an infrastructure deficit, with governments, utilities, businesses and homeowners already struggling to keep what already exists in good condition; we need to ensure that this deficit is addressed with future-fit, low-carbon infrastructure that builds for the climate of today and tomorrow.

READ: A harrowing image of the B.C. floods that caused mudslides and trapped motorists

It’s hard for municipalities, provinces and the federal government to spend money upgrading infrastructure to address long-term risks, when there are so many short-term demands that seem more urgent. But future-fit infrastructure is a good investment. New infrastructure lasts a lifetime, and it’s far less costly to build now for a warmer, low-carbon future than for a past that no longer exists.

While the flooding in B.C. is a disaster that has caused the country to sit up and take notice, it is important to remember that climate-related disruption was already regularly hurting productivity, mobility, trade, communications, and food and water security, impacting economic growth and the health and well-being of people across Canada. We live in a country that is warming twice as fast as the global average. It’s time we started building for that reality.