Opinion: Lost in the shouting over the Liberals' carbon-tax rebate is an important change to the subsidies that high-emitting electricity generators will get 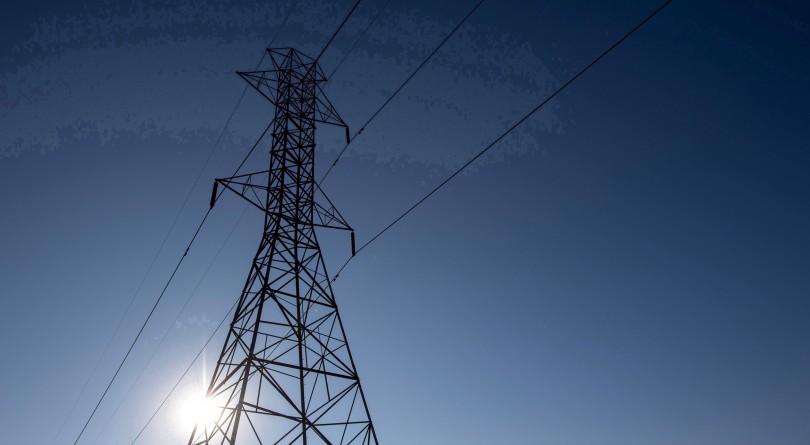 A hydro tower is shown in Toronto on Wednesday, November 4, 2015. (Darren Calabrese/CP)

Blake Shaffer is a Fulbright Scholar at Stanford University and energy policy fellow at the C.D. Howe Institute. He formerly advised the Alberta government on its large emitter climate policy.

On Oct. 23, the federal government rolled out its plan to tax carbon emissions on non-complying provinces and return the lion’s share of the revenue to households. Reaction was swift, and much ink was spilled praising, analyzing, and reviling the plan. Receiving far less attention, however, were some seemingly small—but consequential—changes to the large-emitter pricing system for electricity.

Under the proposed changes, coal plants will pay as little as $1 per tonne of carbon emissions. More importantly, the difference between coal and other cleaner forms of generation will shrink, not reflecting their difference in emissions. This will mean more coal generation, delayed coal retirements, less investment in clean generation and natural gas, and, critically, increased emissions.

READ MORE: Hey, who wants a carbon-tax rebate? The Trudeau Liberals prepare to find out

The details here are a bit complicated. Electricity generators fall under what the government has called the “output-based pricing system” for large emitters. While many have called this policy an exemption, that’s not quite right. Instead, it contains a carbon price—the same tax households and small businesses will face—but instead of rebates, firms get the tax revenue returned in the form of a subsidy based on their amount of output. The purpose of the subsidy is to limit the average cost of the policy so a producer doesn’t simply move elsewhere where they can emit freely.

The combination means firms retain the full incentive to reduce emissions by improving emissions intensity, rather than reducing emissions by simply cutting output, which could then be offset by increases in places where emissions go unpriced. It’s smart policy to deal with emissions leakage in a world where not everyone is pricing carbon or applying regulations at the same level of stringency. (For more details on output-based pricing, see this excellent explainer by the Ecofiscal Commission).

But changes being proposed for the electricity sector risk undermining the carbon tax’s overall emissions-reduction efforts.

In the original plan, which is largely modelled after Alberta’s large emitter plan, the output subsidy—or as it’s called by government, performance benchmark—is the same for all electricity generators. Regardless of how it is produced—be it wind, coal, or whatever—all electricity generation gets the same subsidy; the emissions differences are reflected by the tax. The problem is that the federal government has just proposed changing the electricity sector to fuel-specific benchmarks, meaning the amount will depend on the kind of power that’s produced. Coal power, for instance, will now receive roughly double the subsidy for producing power as compared to a gas plant. Clean power would get nothing in this scheme, effectively ignoring its zero-emission attributes. 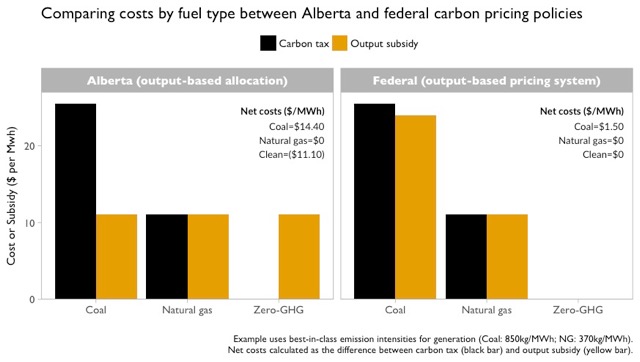 This seemingly innocuous change to the benchmark has big implications, as different subsidies for different types of generation will distort the electricity market. It shifts what is called the “merit order,” removing incentives and encouraging power generators and utilities to run dirtier plants rather than cleaner ones. One of the key benefits of the carbon tax is to change the mix of how we generate electricity, so as to make the system less emissions-intensive. This change largely negates that.

You may be asking: why would the government do this? While there are cynical responses to be offered, one practical reality is that the government’s hands may have been tied. A uniform benchmark across provinces would be a windfall for provinces with low emission-intensity, such as hydro-producing Manitoba and nuclear-heavy Ontario, while at the same time a large cost for the higher-intensity coal-based provinces. If the government instead chose to create different benchmarks by province, it would have pushed deeper into provincial intrusion, which would risk validating the constitutional challenges from dissenting premiers. 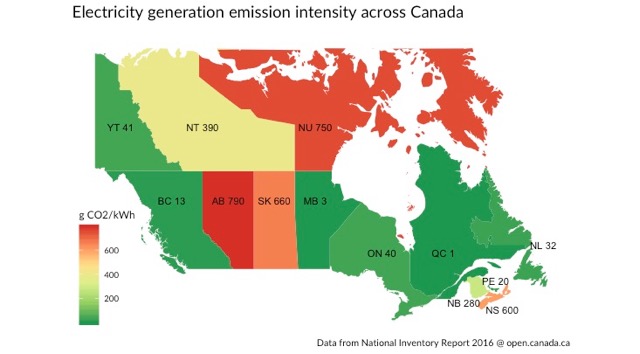 Another rationale might have been that the federal government wanted to avoid the ensuing electricity price increase that could occur with a single-output subsidy. Since costs determine consumer prices in regulated provinces, and generally flow through in market-based provinces like Alberta, having higher output subsidies lowers electricity prices.

But lower prices, while popular, aren’t necessarily a good thing. After all, the whole premise of carbon pricing is to let consumers make decisions in their own best interest facing prices that reflect the full social cost of their actions. By blunting the price signal, the government is also blunting the response.

READ MORE: If we don’t rethink the concept of progress, it could point society toward oblivion

By giving coal a cost advantage (relative to the case of a simple carbon tax with uniform output subsidies), coal will run more often, displacing other forms of generation. Assuming a prospective new UCP government in Alberta defaults to this policy or something else that’s similarly favourable to coal, this policy would increase CO2 emissions by roughly 5 to 8 million tonnes per year relative to Alberta’s current policy. Add in the other provinces, and the switch to fuels-based benchmarks could mean 10 million tonnes per year for the country. For perspective, the entire carbon tax—the focus of so much ire and effort—is expected to reduce Canadian emissions by roughly 50 million tonnes per year. This one change would cut that federal effort by 20 per cent.

On top of that, investment in the generation needed to replace retiring coal plants will be delayed. With different output subsidies, natural gas will no longer have a significant carbon cost-advantage over coal. In fact, simple cycle “peaker” gas plants will end up paying more than many coal plants—even though the latter emit much more carbon.

Renewables investment will occur solely through procurement rounds, such as green calls and auctions. While some have fared okay doing this (e.g. Alberta’s REP), others have paid dearly (e.g. Ontario’s FIT and B.C.’s CPP). Carbon pricing should mean less reliance on these non-market climate policies; this change will lead to more.

Finally, this is a gut punch to the economics of hydro and nuclear. This policy means their net carbon-policy costs will be the same as an efficient combined cycle gas plant and nearly the same as a supercritical coal plant, despite their large emissions advantage over both. And, unlike their favoured cousins—renewables—these forms of zero-emission generation are unlikely to be the subject of green calls and auctions.

So if the government’s hands are tied to setting the same benchmark across provinces, what can be done? One option is to set the benchmark at zero—that is, get rid of the subsidies altogether. The real rationale for the output-based pricing is to protect Canadian producers from foreign competition in untaxed jurisdictions. While Canada does trade power with the U.S., the bulk of that flows via connections with B.C., Manitoba, Ontario and Quebec—all low-emission provinces, and therefore less affected by carbon pricing.

Dropping the output subsidies would lead to higher power prices, but it would also leave a significant pot of money which could be returned in much more effective ways than subsidizing coal power. A far better way to deal with the cost burden of higher prices—the real issue for affordability and competitiveness—is to leave the price signal intact, and use the revenue saved from lower output subsidies to mitigate the ensuing burden on households and businesses. This could be done via tax cuts or additional rebates. Or, as California did with its cap-and-trade program, the government could direct the carbon-tax proceeds collected from electricity generators to consumers. This leaves the right price signals for the generation market, but reduces the cost burden on consumers. All of these options leave the electricity market undistorted, encouraging an efficient and cleaner mix of power generation.

Lastly, a second and perhaps more ambitious option is to scrap the output subsidies in favour of border carbon adjustments—essentially exempting Canadian exporters and levying the carbon tax on imports. Border carbon adjustments have been much discussed, but they haven’t been implemented because it’s unclear if they obey world trade rules. However, if the last two years have taught us anything, it’s that global trade rules are in flux. It may be time to push for border carbon adjustments as a way to enable more countries to take unilateral climate action, such as what Canada is doing, in a manner that credibly pushes towards solving the global collective-action problem.

The bottom line is that yes, Canada is going to put a price on carbon, and that’s a great step for climate policy. But if the government is going to turn around and subsidize coal more than any other form of electricity generation, they will also distort the operation of, and investment in, electricity markets—which would negate much of the beneficial effect of the carbon price. The end result? Less emissions reduction, and more air pollution.

For a government that has promised real action, and chided their opposition for not being serious about climate policy, the Liberals ought to reconsider what this policy change will mean for emissions from coal power.