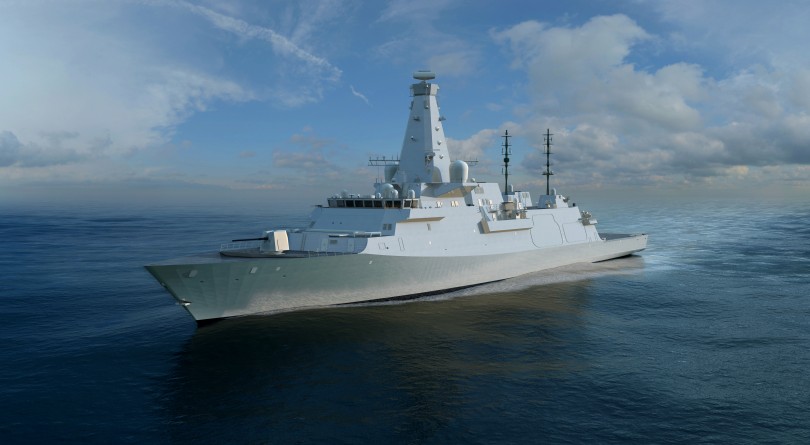 Ken Hansen is an independent defence and security analyst and owner of Hansen Maritime Horizons. Retired from the Navy in 2009 in the rank of commander, he is a member of the Science Advisory Committee for Atlantic Oceans Research Enterprise and a contributor to the Security Affairs Committee for the Royal United Services Institute of Nova Scotia.

Military procurement rarely gets the limelight, but when it does, it’s rarely a good-news story. Consider the doomed Avro Arrow fighter jet. As the spectre of the Cold War sparked fears of Russian bombers invading Canada from the north, the Royal Canadian Air Force set out to create an ambitious made-in-Canada interceptor plane that would have been the most advanced military aircraft of its time. It was an ambitious project, billed as the centrepiece of Canadian sovereignty and military capability in the north. Less than three years after the first sketches, it was rolled out; just one year after that, on Feb. 20, 1959, Prime Minister John Diefenbaker cancelled the program, blaming technical issues, budgetary overruns and the fact that Russian missiles made interceptors obsolete for homeland defence. The government bought American jets instead, and Canada’s best engineers followed south. Today, the Avro Arrow has become ingrained in our collective mythology as a monument to squandered ambitions and U.S. dependence.

2019 presents as much of a crossroads year for the Canadian military as any since the Avro Arrow was cut up for scrap in 1959—and the federal government, as well as military leadership, would be wise to learn a less-understood lesson from the Arrow debacle: the military needs forward thinking.

READ MORE: How Canada’s navy stacks up against a giant rubber duck

The largest naval ship to be built in Canada in 50 years, the Harry DeWolf-class Arctic and offshore patrol ship, was launched in September, and it will soon begin sea trials before transfer to the Royal Canadian Navy next summer. It represents a radical departure from what the Navy’s ships had previously been tasked with: neither armed nor built to typical standards, the DeWolf-class ship will have cold-climate capabilities and space to host extra personnel and their equipment, making them ideally suited for offshore law enforcement and collaboration with other government departments and scientific research teams.

These utilitarian ships have sparked resistance from naval traditionalists who believe these tasks should be handled by the Coast Guard. They argue this ship will drain resources from the first role of the Navy: producing a combat-capable fleet. Moreover, critics say, how will the careers of the “second-class sailors” that will serve in them be valued for advancement?

It’s not the only point of contention. Next year, the government will have to decide which of the three remaining designs will be chosen to replace Canada’s fleet of three defunct destroyers and current fleet of 12 frigates. Canadian admirals and the federal government have listed the British Type 26 Global Combat Ship, designed by BAE, as the preferred option, and Lockheed Martin Canada would be part of a consortium that would modify the design to suit Canadian needs.

But the discussions between the consortium and the government now revolve around what can be achieved within the budget. The Royal Australian Navy has selected the Type 26 for a production run of nine ships at a cost of $3.77 billion each. If the details remain close to those negotiated by Australia, the total approximate cost for Canada might be $56.6 billion, which would make this the most expensive military procurement in Canadian history.

RELATED: The U.S. Navy’s newest warship was stuck in the ice in Montreal

Both the DeWolf-class and the new combat ships are expected to have service lives of about 25 years, and the furthest-looking estimates of where naval warfare will go in that time include a plethora of space-age systems that challenge the imagination. So-called “swarming” attacks with a mix of drones and manned systems will be used to overwhelm a ship’s defensive capacity. The Type 26 frigate, while modern by contemporary standards, is not the solution to these types of future threats.

Worryingly, the Type 26 frigate has a less capable air defence missile than the old destroyers, and a lower maximum speed than the current frigates. It is also not suited for operations in the Arctic.

On Nov. 7, Carla Qualtrough, the minister of public services and procurement and accessibility, spoke in Halifax to assure those at the Irving shipyard that their work will “continue to play a key role in [shipbuilding and maintenance] work.” She also lauded the announcement of the sixth DeWolf-class ship, adding that the new warships are “essential to ensure that the Navy has the required number of operational ships on the water.”

The problem is that this is not an innovative approach to meet the future needs of the Navy. Rather, it is an updated form of status quo.

But any military leaders hoping to restore the Navy’s former status as highly mobile and combat-capable have lost credibility on the issue. Vice-Admiral Mark Norman—the former commander of the Canadian Navy and vice-chief of the defence staff—faces trial in 2019 after allegedly speaking privately with the company that built an interim replenishment ship. While some, notably many in uniform or retired, see this as a potentially terrible fate for a distinguished officer, the damage Norman allegedly did to the Navy’s relationship with the Ministry of Public Services and Procurement will outlast his personal controversy. The procurement system must function reliably under strong oversight and cannot be threatened by vested military interest based mainly on loyalty to past structures.

It is appropriate that the Canadian military faces as important a year as any since the Avro Arrow’s cancellation. After all, echoes of that decision still resonate today: rapid advances in missile technology rendered the Arrow obsolete. Similar advances in naval weaponry and operating concepts threaten to do the same to the Type 26 frigate well before the end of its service life.

Preparing to fight new battles with old weapons is, unfortunately, a common through-line in Canadian military history. In our information age, the change process must be regularly refreshed by the most intellectually agile and professionally ethical of decision-makers. Anything less only risks adding fewer stories of military accomplishment—and more stories like the Arrow.