Canadian photojournalism must do better on gender equity 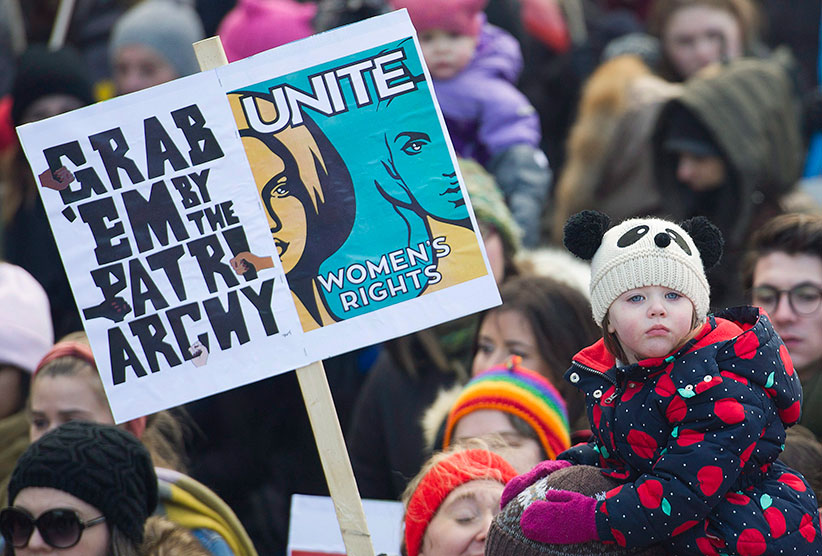 Amber Bracken is an Edmonton-based photojournalist who has won numerous national and international awards, including World Press Photo’s Contemporary Issues top prize and the Issue Reporting Picture Story category at the Pictures of the Year International competition.

Last Saturday marked 365 days since the inaugural 2017 Women’s March. That’s 365 days of women calling for women’s rights, saying collectively: we won’t be quiet anymore. I wonder how many words have been written in those 365 days about #MeToo, the many crimes of Harvey Weinstein, the gender pay gap, #NeverthelessShePersisted, the inquiry into Missing and Murdered Indigenous Women and Girls, Time Magazine naming “The Silence Breakers” as its people of the year, slut shaming, sexual assault, the installation of the “Fearless Girl” statue on Wall Street, reproductive rights and the casting of Gal Gadot as Wonder Woman?

In those 365 days, when I look at how we represented those moments, I wonder: what kinds of pictures were published alongside those words? And how many women took them?

I wonder, because the vast majority of photojournalists assigned to document the most recent Women’s Marches across Canada were men. Magazines and newspapers across the country, with a few exceptions—like Jackie Dives for The Globe and Mail—assigned mostly men. Those that didn’t assign anyone—which is a growing reality in an increasingly budget-challenged media—instead relied on the country’s leading wire service, the Canadian Press. Unfortunately, their photo coverage on the wires, which spanned seven Canadian cities and filled publications from coast to coast, came exclusively from men.

FROM 2017: Donna Ferrato photographs the Women’s March on Washington

Despite being deeply ironic, it’s so in line with the status quo, it’s become unremarkable—and that is devastating in itself. I likely wouldn’t even have noticed if not for Toronto photographer and Maclean’s contributor Della Rollins, whose Facebook post about this has sparked much public discussion and private conversation since. Most of what I’ve heard has been frustration with the industry’s inertia and a monoculture of photographers who are mostly white and mostly male.

That’s a problem if we want to be good at our jobs. A diverse media matters because we cannot serve the public—or do justice to the complex issues that affect us all—if all we offer is a singular perspective. For the record, I really respect the men in this industry and value their abilities as storytellers. It’s just that Canada is not made up of entirely men, and it certainly isn’t entirely white men. Our media should reflect that, too. 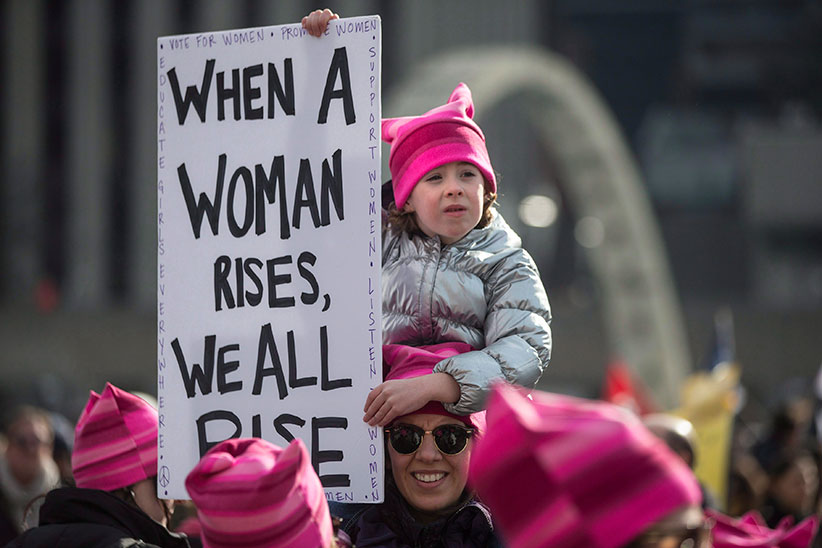 I know that there is no villainy afoot. There are no secret meetings about how to keep girls out of the clubhouse. I’d be lying if I said I’ve never experienced sexism at work, and I have colleagues who have had it much worse. But the vast majority of my colleagues and editors have been “good guys”: They don’t harass or belittle, they believe women can shoot. And we can. Despite our smaller numbers, the women who are in the Canadian market are talented, hard-working, capable, and accomplished.

I also know that it’s a tough time for this business, making it harder for editors to hire. I know, because women are experiencing it too. I was the only woman in my photo department when I was laid off from the Edmonton Sun at the end of 2013; as a freelancer, I’ve watched my editorial income dwindle.

But when I was in journalism school more than 10 years ago, we made up the majority of the class. Women continue to make up the majority of photojournalism classes: at my alma mater, the Southern Alberta Institute of Technology, each class in the photojournalism program averaged 68 per cent women over the last seven years, and the program has been comprised of 13 female and 3 male students in the last two graduating classes. At Loyalist College in Ontario, this year’s photojournalism program was made up of 56 per cent women (23 women out of 41 students).

And yet, school was the last time it wasn’t unusual for me to be the only woman in the room. Where did all the talented graduates go? It’s not exactly a seller’s market out there, but positions have been filled in the last 10 years—so why aren’t more of the positions going to women? However, freelancer budgets are designed to be flexible and market-responsive. So if there is work to be had, and there are capable women to do it, why aren’t women filling more of those roles?

It’s because of implicit bias, which affects everyone and has a limiting effect in this and many other industries. Implicit bias is the unconscious belief system that affects our understanding and, most importantly, our actions. It’s what makes you do things without thinking—like taking a chance on the young guy that reminds you of yourself, for example—and these actions create this perpetual lack-of-motion machine.

All of the “good guys” in the world, who privately agree but never speak out and never take action, can’t change that. It’s just like driving uphill: you can’t do it in neutral.

It will take men and women to address the problem and make concrete plans to change the demographics of this industry. We need people to frankly assess their current hiring practices, to set targets for change, to serve as mentors, and to offer paid internships. We need people who reach out and make a point of including photojournalists of diverse genders, cultures, races and backgrounds.

It’s clear that things won’t change overnight, but that can’t be an excuse for lack of action. There is still far too small a pool of women—and an even smaller pool of people of colour—in the industry. It’s true that in lots of communities, there still isn’t anyone to call other than men. But let’s acknowledge that no one gets to be a great photographer in a vacuum. We need to find ways to better develop and support a more diverse group of young photographers and use every day as an opportunity to address the issue.

Canadian photojournalism has a diversity problem, and not nearly enough has changed in a generation. And we’re going to need more than just a good-guy attitude to make that change.