Andray Domise: Despite headlines constantly blaring that our standard of living is ever increasing, social stressors gnaw away at the foundations of our collective psyche 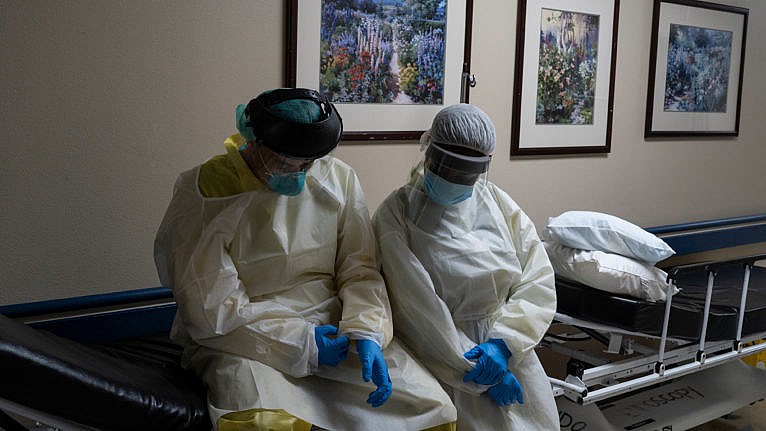 Despite endless political urgings for people to pull together, depression and anxiety are rampant (Go Nakamura/Getty Images)

In 2011, British writer and cultural theorist Mark Fisher penned an essay entitled The Privatisation of Stress, perfectly capturing the relationship between depression, social conditions under capitalism and increasing alienation in the post-Reagan/Thatcherite years.

“It is hardly surprising that people who live in such conditions—where their hours and pay can always be increased or decreased, and their terms of employment are extremely tenuous—should experience anxiety, depression,” Fisher wrote. “But . . . this privatization of stress has become just one more taken-for-granted dimension of a seemingly depoliticized world.”

I think of Fisher and his writings often. I regularly reread his most famous work, Capitalist Realism, and have always admired his ability to not only write through depression and anxiety but to connect social conditions with our ever-worsening mental health. Despite headlines constantly blaring that our standard of living is ever increasing and our collective wealth is more abundant than ever, social stressors gnaw away at the foundations of our collective psyche.

The death of culture and art, for example, evident in the endless production of music algorithmically designed to evoke feeling but never provoke emotion. Literature circumscribed to appeal to the endless adolescence of an arrested readership. Tent-pole superhero films that have long since ossified and crumbled within the vaults of Disney and Warner Bros. The death of fulfilling labour, where the gig economy has driven the concept of “work” into utter absurdity (no pensions, no benefits, often no pay!), and the death of social institutions, including the church (which forever haunts us with its most destructive remnants, such as dogmatism and puritanism, even in the most liberal social scenes).

READ: Welcome to the era of woke capitalism

And, of course, a political culture that abides no realities, possibilities, no faint hopes outside of the neo-liberal consensus. Nowhere is the death of better things more evident than with the newly minted Joe Biden administration.

From a much-feted Inauguration Day poem by 22-year-old youth poet laureate Amanda Gorman calling for national healing (yet drawing water from the shallow and toxic pool of American exceptionalism that remains permanently tainted by its history of chauvinism, hypocrisy and genocide), to the collective meltdown over Bernie Sanders’ frumpy winter attire (viewed by many apoplectic liberals as an offensive gesture to the pageantry of the inauguration; these people can’t even be happy when they get what they want), to a trillion-dollar stimulus package that will once again deliver the goods to large corporations while handing out sparse change to working Americans (and yet again denying them universal health care, even during a deadly pandemic), the state of American politics is yet another handshake in the devil’s bargain that is capitalism.

Despite the COVID epidemic and endless political urgings for all of us to pull together, Black people continue to die at the hands of police. Children remain separated from their parents and sleep on cold floors behind ICE fencing. Wall Street hedge funds clamour for bailouts because investor pushback on their long-time market manipulations managed to blow up their plans. Suicide hotlines are overworked; polling of Canadians and Americans show we are contemplating suicidal ideation at heretofore unseen levels.

READ: The left must stand against capitalism. Now.

I have seen too many people thrown out of their homes, shed tears with too many people who’ve lost loved ones to a pandemic exacerbated by our compromised and incompetent political class. I often wonder what Fisher would make of our current reality, haunted by the ghosts of last century’s optimism and endless fictional possibilities that were quietly snuffed out by the endless existential crises—forget a pandemic, we’re still staring down the barrel of catastrophic climate change—brought about by the many violences of now.

Too many doors of possibility have been slammed in our faces.

Of course, Fisher can’t offer any commentary on this reality; he died by suicide in 2017. But I wonder if the insurgency of direct action that is still ongoing in the streets, on social media, and even if this new form of shareholder activism against giant hedge funds might have inspired him to consider that an alternative is indeed possible after all.

This article appears in print in the March 2021 issue of Maclean’s magazine with the headline, “The death of better things.” Subscribe to the monthly print magazine here.