Letters to the editor, March 5, 2021: Readers weigh in on what Canada can learn from Germany's immigration strategy, the Maclean's Power List, a post-Trump America, and more 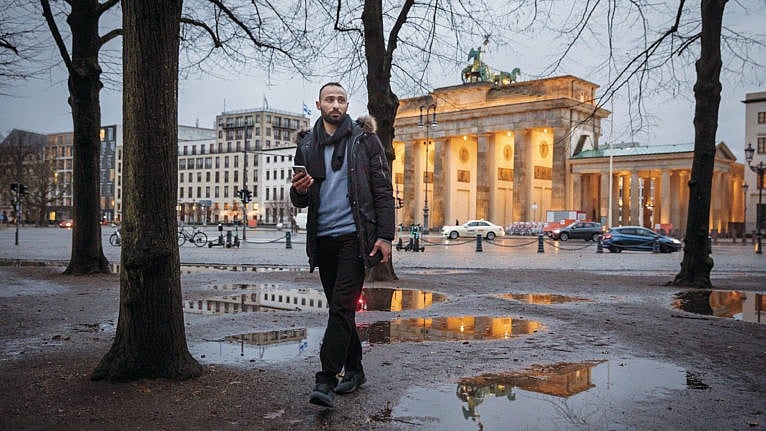 Thousands of hectares of carbon-absorbing trees and shrubs are plowed under each year and covered over with concrete and tar, their benefits lost forever (“Hope and muscle,” Environment, January 2021). They are replaced with thousands of buildings. It is hard to imagine how this new tree-planting program can keep up and get ahead of those losses. These new trees must be out of the reach of government highways, developers and loggers. I am sure there are many citizens who would love to participate in planting trees on their existing properties free of charge.
—Brian Mellor, Midland, Ont.

I respectfully disagree with Paul Wells, probably for the first time (“The power list,” Cover, February 2021). I have no respect for Prime Minister Justin Trudeau, who you’ve put at the top of your list of most powerful Canadians, as long as the “two Michaels” [Spavor and Kovrig] are in prison in China. Just think, this imprisonment could have happened to any Canadian you know who has ever travelled to China. Trudeau shows no power. No power, no results.
—Kathrine Payne, Angus, Ont.

Justin Trudeau’s lifeline of monetary support for Canadians during this pandemic rightly places him at the top of your list. A close second was sadly missed—our front-line medical people, who do not waver to help some of us die in as much comfort as possible. As a retired community nurse, and considering what we learned from SARS, I feel Dr. Theresa Tam, Canada’s chief public health officer, should have known that respiratory-acquired contagions require face masks as a first line of defence. Countries such as Vietnam saw minimal spread of the virus as their populace routinely wears masks to protect against air pollution and infections. An initial directive for masks did not appear. B.C.’s Dr. Bonnie Henry was slow to respond in this regard as well. Further, to claim an initial travel ban from China might be suggestive of negativism on the race front was not helpful. Canada does not have the capability to produce its own vaccine. In preparation for such an event, direction from our chief of public health and our ministers of health to logistics at the federal level might have created a means to manufacture a viable vaccine.
—Catherine Hammill, Kincardine, Ont.

I noted, with dropped jaw, that Trudeau was No. 1 on your list. Where do I begin? The article begins, “Who had more power in Canada in 2020, and was less inhibited about wielding it, than Justin Trudeau?” I couldn’t agree more, but sadly what you failed to emphasize is that this power continues to be a blatant abuse of power, and in a frighteningly un-Canadian way! His leadership has emulated the power wielded by most dictators. The article states that “Trudeau has kept his opponents consistently on the back foot.” I would have to agree. Questionably powerful leaders shut down government, just as Trudeau has done, when they are pressured to be held accountable for horrendous ethics violations and indiscretions, or when the opposition poses questions that citizens deserve answers to. As for his pandemic efforts, all kudos should go to our provincial premiers—they have led the fight against this catastrophe, not Trudeau. They can’t even depend on federal vaccine procurement to support this effort. The PM’s agenda will definitely take Canadians down a path that obliterates our democratic rights. He is powerful, all right, but in the worst imaginable way.
—Lynne Newman, Cambridge, Ont.

I definitely appreciated seeing some of my personal role models on your power list—Michelle Douglas, Annamie Paul and Desmond Cole, to name a few. But there are two ways in which I see a big miss on your part from a Maritimes point of view. In terms of highlighting COVID-19 responses, there’s not one person on your list from the region that has had the biggest national success around curbing this pandemic. The concept of an Atlantic bubble and interprovincial government co-operation on this initiative is certainly worthy of as much attention as the premiers of B.C. and Ontario received. In terms of the Nova Scotians who made your list, it’s unfortunate, again, that you chose to focus on the mass-shooting inquiry panel. While those names are important, what’s more important are the many voices that brought pressure to bear for the creation of such a panel, and to hold the government, the RCMP and others accountable for the failures that resulted in the unnecessary loss of life. Or how about the brave voice of widower Nick Beaton, who became a household name here and a vocal advocate for personal protective equipment in honour of his murdered wife, Kristen, who was a front-line worker during the early days of the pandemic?
—Kim Vance-Mubanga, Dartmouth, N.S.

Nobody wants an election except the media (“Old man Trudeau,” Politics, January 2021). Get over yourselves. The Liberal minority government is doing a fine job of collaborating and implementing NDP policy to get us through the pandemic. The Conservatives have done nothing at all to make themselves useful, and an election would serve no purpose for them. We have enough to deal with, and you have plenty to report and write about. Stop trying to incite an election that nobody wants, costing us money nobody wants to spend. People just want to survive the pandemic and get back to work. The media need to stop being selfish, to stop trying to bully people into an election to serve your own selfish wishes.
—Connie Kidd, Hamilton

The value of refugees

While your story about immigration includes valuable lessons from Germany on how to better integrate migrants, it fails to mention what Angela Merkel said in 2016 about the admission of one million Syrian refugees—“A situation like the one in the late summer of 2015 cannot, should not and must not be repeated” (“The open border effect,” Immigration, February 2021). Across the rich world, the general perception of economic migrants is much more favourable. I am an economic migrant from Sri Lanka, and in my first year in Canada, a job interviewer told me the country needed more immigrants like me who were educated and spoke English, and that that’s what the Liberal government’s immigration strategy should focus on, not inviting refugees. While I understand this view is by no means reflective of all Canadians, we need to educate citizens about the long-term positive impact of refugees on the economy, even though they will need assistance in the beginning. Economic migrants make an informed decision to leave their homes, whereas refugees leave because their lives are at risk. It was heartwarming to learn how Germans built enriching relationships with refugees through the mentorship programs. Such two-way integration can help not just refugees, but economic migrants as well. If similar processes were available in Canada, I’m convinced that many Canadians would willingly participate.
—Nirmani Vithanage, Ajax, Ont.

The pre-U.S. election survey indicated that 84 per cent of Canadians would not vote for Trump (“Trump reloaded,” United States, January 2021). That is understandable. And yet, in the U.S., more voted for him for re-election than for his first election. As a U.S. citizen in Canada, I have never voted for Trump, but I was quite sure he would be elected then and that he would have been re-elected but for the pandemic. Why? Because the American people were not voting for a man but in response to suffering through 50 years of a failed economic system, one adopted by legislators influenced by lobbyists, a rich and powerful corporate sector, and well-organized financial globalists. America had just gone through an Obama/Biden presidency that oversaw seven new wars and gave trillions of dollars to the bankers and financiers while allowing millions of Americans to become unemployed and lose their homes. Now my concern is for this country. We have suffered many of the same economic ailments as the U.S. over the past 50 years. Americans are voting to change their country. Maybe that is what we need to do during Canadian elections.
—Edd Twohig, Kentville, N.S.

The twisted logic perpetuated by Americans such as Idaho sheriff Dave Resser, as he pompously leans back in his executive chair and claims Trump is the only thing standing between the America he knows and loves and socialist anarchy, is incredulous—especially after the storming of the Capitol Building by those who not only support Trump but believe his lies about a rigged election. So, yes, that comfortable executive chair, likely paid for by taxpayers, in an office that is also funded by taxpayer coffers, is just fine, thank you very much. And, oh yes, the generous salary, most likely including a comprehensive health plan and a sizable pension once he either retires or is voted out, is just fine. It’s interesting that so many people claim racism does not exist but are happy to pass laws that perpetuate it. What I believe Resser meant to say is that socialism is okay, as long as it is not called socialism and is provided for the privileged few. I am curious whether he would alter his thinking if he did not have the cozy job that the socialist part of the U.S. democracy has provided him?
—Dave Armchuk, Southampton, Ont.

Not only is Pam Palmater completely correct in her facts, but the obvious conclusion is that Trudeau, every previous prime minister and current political leaders across the country have no intention of seriously addressing reconciliation with our Indigenous brothers and sisters (“The fight against reconciliation,” Governance, February 2021). There needs to be a concerted and forceful campaign to have recently retired senator and former Manitoba judge Murray Sinclair appointed as our new governor general. Given that the Crown seems to be the only historical entity that has shown any integrity when before the courts, it is high time an Indigenous leader of impeccable integrity and wisdom is our governor general.
—Shane Nestruck, Winnipeg

If I understand the author’s point of view on this matter, it should be okay for me to argue that I may have killed someone but was in a state of “automatism” caused by drugs, alcohol or some other substance and therefore shouldn’t have to go to jail (“Does Thomas Chan belong in prison?” Law, December 2020). Perhaps a few months in a detox facility would suffice. Maybe I missed your point. I think as soon as you take those substances, whether you know you are more susceptible or not, you are accepting the risks of the consequences of your actions and must face the legal consequences. You must take, as a sane thinking person, responsibility for making decisions that could result in the destruction of property or persons. Even if you are a nice boy from a nice, rich family and have no criminal record. Innocent people are still dead and badly injured by your actions. Far worse than your circumstances.
—Ron Prickett, Sault Ste. Marie, Ont.