Cracks in the Sidewalk

David Skok: What started as an innovation partnership built on data now seems like an old-fashioned land deal that puts taxpayers on the hook 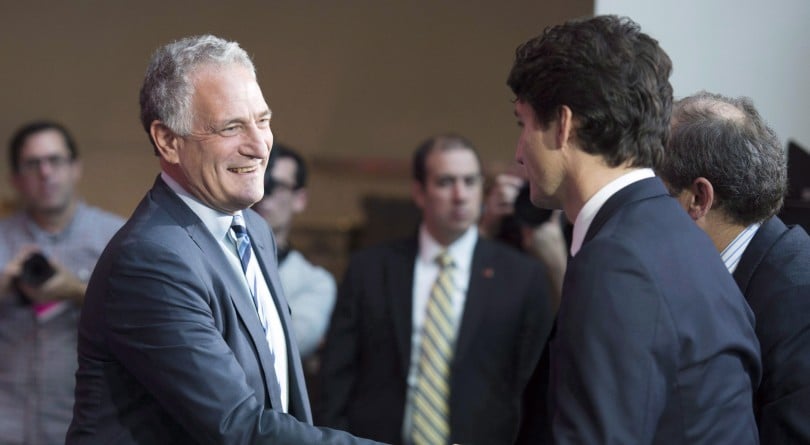 Toronto sidewalks are a mess.

A series of storms this February have left them impassible for pedestrians, strollers and wheelchairs—signs of a metropolis bursting at the seams without the money to pay for basic snow-removal services.

Enter the appeal of a different Sidewalk, the one proposed as a smart-city development on Toronto’s waterfront by tech giant Alphabet. When Sidewalk Toronto—the joint partnership between all three levels of government and Sidewalk Labs, Google’s sister company—was announced in October 2017, it was billed as a chance to showcase Toronto’s innovative spirit to the world, a reclamation project for abandoned land and a way to generate some revenue for a city that desperately needs it.

Making that case just became a lot tougher. This week, the company’s long-awaited business plan was leaked to the Toronto Star and the National Observer.

The plan contained some exciting and bold proposals: expanding the city’s light-rail transit, reiterating the company’s ambitions for tall-timber buildings, adding affordable housing. But, as it wrote in its plan, Sidewalk Labs also wants a share of property taxes, development fees and the increased value of the land as a result of the development.

What started as an innovation partnership built on data now seems like an old-fashioned land deal that puts taxpayers on the hook.

Many were already concerned about the data-privacy elements of the project and Sidewalk Labs had taken steps to alleviate some of that criticism. But, a land deal was always going to be a harder sell to residents.

If the Sidewalk project turns into a conversation about land transfers and property-tax revenues, it could force a restart of the bidding process, introduce more firms into the debate and call into question how Sidewalk arrived on Lake Ontario’s shores in the first place.

First, the initial Request-for-Proposals (RFP) for the land—issued in a compressed timeline by Waterfront Toronto, the agency in charge—was for an innovation partner, not a traditional development partner. Had it been a land transaction, there’s a strong argument to be made that other bidders would have made stronger pitches.

Second, Sidewalk Labs CEO Dan Doctoroff suggested that only Alphabet could invest the resources needed to get the project off the ground, telling the Star that “this land is stubbornly resistant to development.” Given that the federal, provincial and municipal governments are spending a combined $2.5 billion for flood protection in the area, that implication doesn’t hold water—pardon the pun.

And, as The Logic reported earlier this month, leading developer Mattamy Homes has quietly approached the provincial government with an alternative “all-Canadian” proposal for the Quayside land, bringing together some of our homegrown tech firms to build the “smart” component of the city.

Third, while the land on offer was just 12 acres on the Quayside, the leaked business plan had Sidewalk Labs calling for 350 acres.

“We don’t think that 12 acres on Quayside has the scale to actually have the impact on affordability and economic opportunity and transit that everyone aspires to,” Doctoroff told the Star.

If you didn’t think that 12 acres was enough, why did you set up shop in the first place?

From the initial agreement to internal documents that The Logic’s Amanda Roth reported on last summer, it seems to have been an open secret between the government and Sidewalk that more land was in play than what was publicly disclosed.

So what really happened?

We don’t know—and that’s part of the problem.

As Doctoroff himself said in an interview with a Toronto radio station after the document was leaked, he is excited to have a transparent dialogue with citizens.

The Logic has been covering Sidewalk Labs for more than a year. We have broken more than a dozen exclusive stories on the project and have had an open interview invitation out to Doctoroff for almost eight months.

So far, he has ignored all of our requests.

If Sidewalk Labs and its supporters want the project to succeed, they will need to answer some hard questions and be willing to engage with citizens.

Still, one can’t really blame those wanting this project to succeed.

Back in 2016—pre-Facebook/Cambridge Analytica scandal—the oil sector was in the midst of upheaval and, as a result, Ottawa needed foreign direct investment that wasn’t dependent on resource extraction.

There were also many developers and financiers who stood to gain from a Google smart city on Toronto’s waterfront. For example, Oxford Properties, the real-estate arm of OMERS, already had a relationship with Doctoroff, working together on New York City’s Hudson Yards development, of which Google is a major tenant.

It’s not out of the realm of possibility that the entire project was preordained to give Sidewalk Labs an edge. Ontario’s auditor general all but said so in her scathing report on the project, concluding that Sidewalk Labs “received more information” from Waterfront Toronto than the other potential bidders ahead of the RFP process.

So what of Toronto’s innovative spirit?

There is fear on Bay Street and among the city’s leaders that if Toronto were to “kick out” Sidewalk Labs, we would—like a backwater—be unable to attract the world’s leading companies, sending the message that Canada isn’t open for business.

New York City residents drove Amazon out of their city this week, rejecting the backroom deal that gave subsidies in exchange for jobs. It could happen in Toronto, too.

So, we’re back to the revenues the project could generate.

For a city that could barely plow its way out of a February snowstorm, it became harder this week to convince residents that giving some of those precious revenues to a tech giant will be beneficial in the long run.

Grab the shovel: Sidewalk Labs has some digging out to do.