David Johnston: Canada's strong culture of giving is in danger

Opinion: The future of philanthropy in Canada is in doubt, writes the former governor general. How can Canadians be encouraged to donate more? 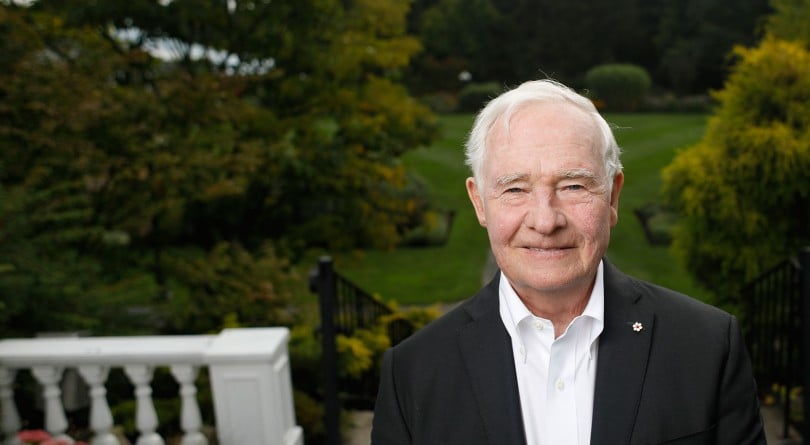 The Right Honourable David Johnston is Canada’s 28th Governor General and the chair of the Rideau Hall Foundation.

The generosity of Canadians is unquestionable. According to tax filer data, Canadians give more than $14 billion annually to charities. But our strong culture of giving—which is so essential to our quality of life—is increasingly at risk.

The Rideau Hall Foundation (RHF), in partnership with Imagine Canada, has just released a landmark report, entitled 30 Years of Giving in Canada, examining charitable donations and giving patterns from 1985 to 2014. The study paints a highly nuanced picture of the future of philanthropy. Its conclusions are simultaneously a source of concern and optimism.

First, the not-so-good news: donations are dropping across all age categories, and donors aged 50 and over account for 74 per cent of donations.

From a peak in 1990, the percentage of tax filers claiming donations has dropped by roughly a third, while the average amount claimed has nearly doubled. Total donations have continued to rise only because those who give are giving more. That means that charities are chasing an ever-decreasing pool of aging, affluent donors.

The conclusion is inescapable. Charities must raise donation rates among younger and new Canadians. The good news is these groups offer fertile ground for charities and much more can be done to increase giving, but time is of the essence.

According to the RHF report, motivations for giving among young Canadians are strong—compassion for those in need, personal commitment to a cause and the desire to contribute to their community. And interestingly, young donors express higher levels of trust in charities.

However, younger Canadians have identified barriers to giving. They are more likely to say they are not being asked to give more and do not know where to give.

The report suggests younger Canadians are willing to give more but are not being effectively engaged.

I am inspired, but not surprised, by the study’s findings about the propensity of new Canadians to give toward building a better Canada. The report’s finding reminds me of when I would preside over citizenship ceremonies for new Canadians and encourage our newest citizens to engage with their communities. For me, the data reinforces the vision of Canada as a nation of nations that is stronger for our differences. We should all be proud and humbled by the reality that new Canadians give to charity at such high rates.

The ascent of women in philanthropy is another source of optimism. Over the past 30 years, women have steadily gained ground as a percentage of donors. The only factor holding women back is income disparity. As their incomes rise, women will give in ever-greater numbers.

I established the Rideau Hall Foundation to help broaden the reach and impact of the Office of the Governor General and work with partners across the country towards the shared goal of a better Canada. A key objective of the RHF is to widen the circle of giving by reinforcing giving as a fundamental Canadian value.

Strong charities are everybody’s business. Individual Canadians should reflect on the societal value the giving sector creates. Charities are a powerful catalyst for good deeds, compassion for others and the quintessential values that define us as a caring people. More than 13 million Canadians volunteer to work with charities to serve worthy causes and help those in need.