Decriminalization is not a radical solution to the opioid crisis. And it would work.

Jane Philpott: If you don’t already know someone who has lost a loved one because of an accidental opioid overdose, it’s only a matter of time until you will 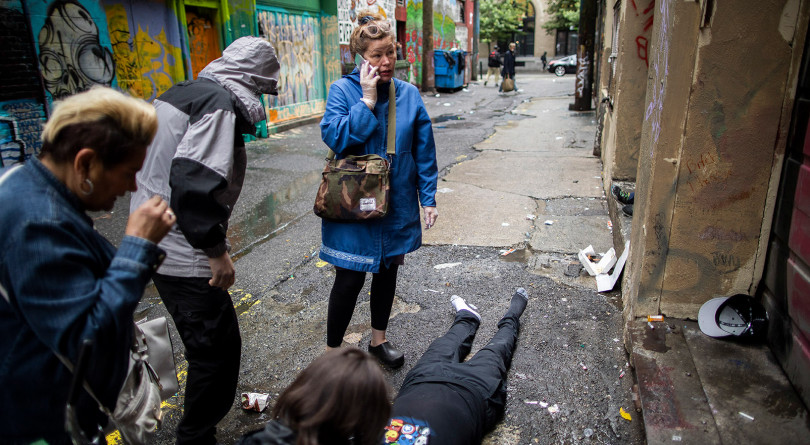 Jane Philpott is a medical doctor and former Member of Parliament. From 2015 to 2019, she served as federal Minister of Health, Minister of Indigenous Services and President of the Treasury Board.

In 2019, about 12 people die every day from an opioid-related overdose. It’s Canada’s most significant public health threat since 1919, when 55,000 people died from the Spanish flu. Not only are opioid-related deaths among the top 10 causes of mortality in our country, but the number grows each year. The likelihood of death from overdose is higher than ever because illicit—otherwise known as “street”—drugs are increasingly contaminated with fentanyl and its analogues, contributing to 82 per cent of accidental opioid-related deaths in Canada.

This is a national public health emergency. But you wouldn’t know it from the discourse in our recent federal election. It barely registered in public debates or party communications, probably because the solutions to the crisis are politically unpopular. The way out is difficult to explain, and few are ready to push for it.

The topic must not be dismissed as one affecting only marginalized people. It’s estimated that a million Canadians are at risk of exposure to toxic opioid products. They are our relatives and neighbours: people use drugs in city centres but also in suburbs, small towns and remote regions; they use drugs in urban areas, but also alone at home or in the washroom cubicles of your neighbourhood fast food restaurant.

If you don’t already know someone who has lost a loved one because of an accidental opioid overdose, it’s only a matter of time until you will. If every life is of value, then it’s time to get beyond our prejudices and political biases and implement the steps that will save lives.

The solutions are not mysterious. In the last four years Canada has made progress on drug policy. We made naloxone (a drug that temporarily reverses the effects of opioids) available without prescription and in multiple formats. We passed Bill C-37 to reintroduce harm reduction and facilitate approval of supervised consumptions sites. We overturned a ban on use of prescription heroin for people with substance dependence, and enabled bulk imports.

Canada can do more by implementing international best practices. Two changes can be adapted from drug policies in Europe. Following Portugal’s lead, we should decriminalize the possession of small amounts of drugs—a 10-day personal supply. Following Switzerland’s lead, we should expand access to safe supply.

Decriminalization sounds radical but it’s the sensible approach. After all, addiction is not a crime. It is not weakness or moral failure. It’s a health issue. Problematic drug use is driven by poverty, trauma, stigma, isolation and abandonment. We can’t solve a health and social issue by criminalizing those who suffer. That effort has been a complete failure.

In 2001, Portugal decriminalized all drugs. Their objectives were to reduce discrimination and emphasize the inalienable human dignity of all citizens. They brought together experts in medicine, law and social work to design a health-centred drug policy. Resources are focused on social services and re-integration rather than the criminal justice system.

Portugal’s approach reminds me of how First Nations writer and residential school survivor Edmund Metatawabin had described the word “justice” in his book Up Ghost River. While there is no Cree word for justice, he says that “the nearest word is ‘kintohpatatin,’ which loosely translates to ‘you’ve been listened to’ . . . Kintohpatatin is richer than justice—really it means you’ve been listened to by someone compassionate and fair, and your needs will be taken seriously.” When confronted with people possessing small amounts of drugs, Portugal’s model is to take health and social needs seriously. It improves lives and directly addresses the drivers of dependency.

The Swiss approach has been the use of safe supply. They learned that people live longer, healthier, more productive lives with physician-supervised heroin injections as an alternative to street heroin. Therefore, they provide access to legal, regulated programs for the supply and use of otherwise illicit drugs.

The fact of the matter is that people use drugs. If Canada’s provincial governments enabled greater access to a safe supply, maybe some wouldn’t buy contaminated drugs from black-market dealers. This means fewer deaths, less drug-related crime and lower health care costs. The best evidence of the effectiveness of safe supply was demonstrated in Canada over a decade ago during the North American Opiate Medication Initiative. Our researchers are world-renowned for proving it works, but we have lacked the political courage to scale up and spread the model to save lives.

Every paradigm shift in drug policy is politically and emotionally charged. That must not deter us, because the opioid overdose crisis is solvable. Canada is perfectly positioned to be a global leader by doing what works—prevention, treatment, harm reduction and decriminalization.

This column appears in print in the January 2020 issue of Maclean’s magazine with the headline, “The courage to save lives.” Order a copy of the 2020 Year Ahead special issue here. Subscribe to the monthly print magazine here.