Did the Liberals just promise a better foreign policy? 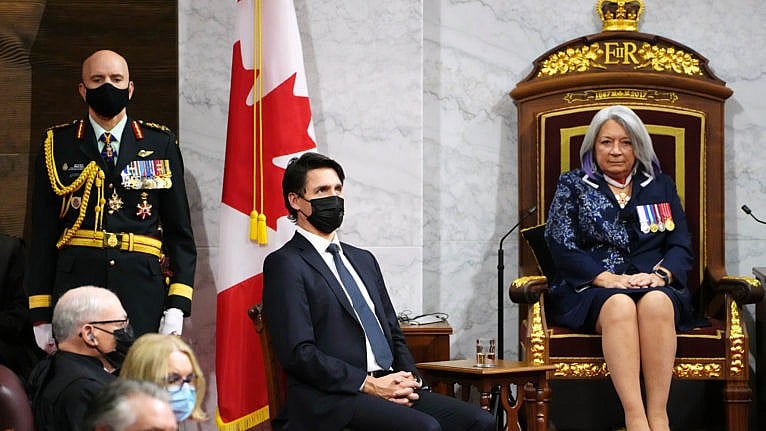 It’s not often that a Throne Speech has made me hit pause and rewind. This week’s, like many others before it, was packed with dull pageantry and endless platitudes—“go further, faster”, “no worker or region will be left behind”, “build back better”. There was nothing glaringly out of the ordinary about the speech either, except the fact that it was delivered in three languages by Canada’s first Indigenous Governor General.

But then there was this one tiny tidbit: “A changing world requires adapting and expanding diplomatic engagement.”

For foreign policy wonks, it was like an oasis in the desert. Could it be? After decades of neglect, could a Canadian government at last be waking up to the fact that Canada’s foreign service is in crisis? Or is it just another Liberal government mirage?

The statement didn’t actually commit to “adapting and expanding” the foreign service, though one presumes more diplomatic engagement means more foreign service. And more may sound nice, but in and of itself it is not a solution, in the same way throwing money at a problem may not produce the intended results.

But let’s pretend for a moment that the Liberals may indeed be planning a serious foreign policy overhaul. What would it look like?

According to Daniel Livermore, a retired diplomat and senior fellow at the University of Ottawa’s Public and International Affairs department, more doesn’t mean more money. “The problem isn’t funding,” he wrote in February last year.  “It’s [Global Affair’s] byzantine structure and management incompetence, which defy almost any modern precepts of public administration. Mismanagement of human resources for two decades has destroyed much of the Canadian foreign service, and GAC now finds itself weak on analytical capacity, woefully lacking in linguistic and regional expertise, and virtually incapacitated by a propensity for endless meetings, consultations and discussions, where issues are talked to death without decisions.”

Staffing shortages, Livermore tells me, have left embassies scrambling to fill positions. “You can’t develop competence when you’re constantly trying to cover gaps at missions,” he says. “Ideally, you would have a Russia expert stationed in Moscow, and then re-assigned to eastern Europe and then maybe sent to Brussels or the UN. There needs to be continuity and a logic to how postings develop a person’s skills. Instead, you have an agriculture expert suddenly posted to an embassy in a major capital where Canada has no agricultural interests, simply because that embassy is short-staffed.”

The world is complicated, and becoming more so every day. A foreign service staffed by people with a passion for the work they do, and the skills needed to do the job well, is more important now that has been since the Cold War. The Global Security Reporting Program (GSRP) is a fascinating model, developed in response to the attacks on Sept. 11, 2001 to quickly adapt to a world that had suddenly changed. The goal then was to send the most talented diplomats, the ones who possessed the language skills and creative thinking to dive deep into their postings, to regions of particular strategic interest to Canada.

These were, theoretically, the top guns of the foreign service. As one GSRP officer once told me, their job was “intelligence gathering by other means”—i.e., all open source—which meant going out beyond the blast walls and concertina wire surrounding diplomatic compounds and engaging with “unusual suspects.”

The program has had its challenges, not least of which was an institutional clash with CSIS, which accused GSRP officers of treading on its territory. But it has survived and remains a powerful tool in Canada’s foreign policy toolkit.

It was the GSRP, for instance, that exposed Canada’s disastrous strategy in Iraq in 2016 under the leadership of Ambassador Bruno Saccomani, Stephen Harper’s former bodyguard.  The Liberals were able to change course because GSRP officers spoke up.

Since then, the world has changed again. The War on Terror has failed; the U.S. has spectacularly lost the war in Afghanistan; the U.S.-led world order is fragmenting into a multipolar free-for-all premised on transactionalism and increasingly led by authoritarians; and climate-related disasters, with all their attendant consequences (starvation, migration, war), are on the rise.

Canada, meanwhile, has not carried out an extensive foreign policy review in more than half a century (the last one was ordered by Justin Trudeau’s father in 1968). Over its six years in power, the Liberal government has appointed six foreign ministers, including an astronaut, a businessperson, and now a commercial lawyer. Only the businessperson makes any modicum of sense, though his previous posting as trade minister was more in his lane. Shifting him to foreign minister only demonstrated that the Trudeau Liberals still clung to the fantasy that a trade-based foreign policy would somehow produce a better world, or at least a better world for Canada. China put the kibosh to that foolish notion.

So, what then would “adapting and expanding” look like? A foreign policy review is obviously the bare minimum, though Livermore is skeptical of the impact such a review could have. “We already know what the problems are,” he says. “Doubling the number of GSRP officers would help, but it wouldn’t solve the problem either. The GSRP is a specialized program looking at economic and security issues. What’s needed is a major overhaul of how human resources are handled at Global Affairs. The foreign service has been decimated over the last two decades. It will take years to rebuild it.”

Back in 2016, Sven Jurschewsky, one of the architects of the GSRP, lamented the sorry state of affairs at the foreign service, which he said had become such a bureaucratized mess that it had ceased to attract talented people. He hailed from a much more romantic diplomatic past, from the Kenneth D. Taylor generation and the Canada Caper. He idolized men like Peter Bakewell, the Canadian diplomat in Communist Prague who risked his life to help Charter 77 dissidents.

“Being a diplomat used to mean something back then,” he told me. “We were engaged with the world, and we believed deeply in what we were doing. These days, too many diplomats … reach their positions by keeping their heads down and not causing any waves. Those types should not be in leadership positions. They’ve created a culture of incompetence that is driving away the best talent at the bottom. And I’m telling you: Canada will suffer for it.”

Sadly, Jurschewsky passed away in 2018. I have no doubt he would have rolled his eyes at this week’s Throne Speech—he was never one for pomp and circumstance, and platitudes made him bristly. But like so many other former diplomats, he may have perked up at even the intimation of a more robust foreign service. For those who have been out in the world, Canada has lost its way, and there is growing concern over whether it will ever find its way back.