'Directionless and lost': What it means to be a millennial

Alicia Elliott: "We’ve become a generation of Cinderellas, told to wait for a glass slipper that no longer exists" 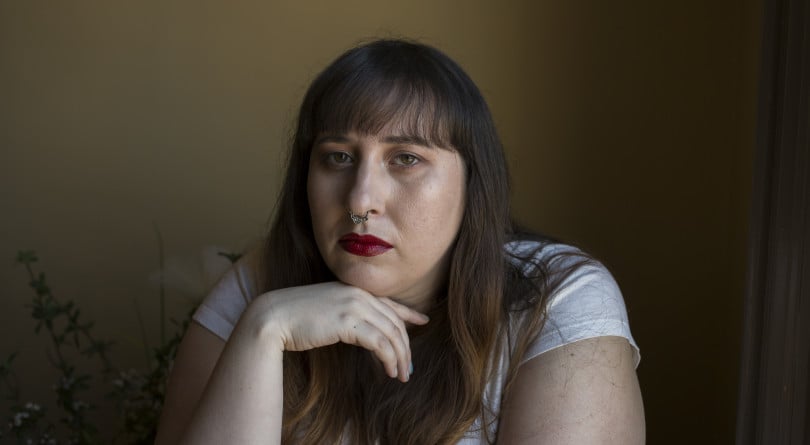 When I was a kid, all the girls loved to play a game called MASH. It offered a glimpse of our futures; a fortune-telling predecessor of the horoscopes millennials revere today. We all know our star signs by heart—we say things like, “What do you expect? I’m a Libra.” To play MASH, we’d write the letters M-A-S-H on the top of a page, which stood for mansion, apartment, shack and house. Then we’d write down the names of four boys, four types of cars and four random numbers. They represented our future husbands, cars and the number of kids we’d have one day.

We’d randomly eliminate options, until we had one left in every category. This was our future.

My friends and I played it over and over again: we had to know all possible outcomes; every potential future that loomed before us. The worst outcomes, of course, were having no kids, an ugly, old husband, a minivan and a shack.

Now that I’m 31, I know those weren’t the worst options at all. If I didn’t have kids, I wouldn’t have to worry about provincial governments slashing budgets to their schools or providing for them in a gig economy. If I have any partner at all—ugly, old or not—I could at least share rent, groceries and debt payments on my credit cards and student loans. If I had a minivan, I’d presumably be able to afford a car, gas and insurance on my own. If I had a shack, that would mean owning actual property. In fact, I could call it a “tiny home” and consider myself trendy.

If your life’s worst-case scenario when you were a kid is aspirational now that you’re an adult, guess what? You’re probably a millennial.

We’re an unlucky generation in some ways. One of our earliest collective memories is 9/11, which I watched unfold on the news when I was in Grade 9. I remember thinking that what was happening on the screen was like something out of a movie. As I watched the second plane fly into the south tower of the World Trade Center from my middle-school classroom, I thought, this can’t possibly be real.

I remember thinking that again when then-U.S. president George W. Bush announced that the U.S. was starting a “War on Terror,” a turn of phrase that confused me, but was apparently enough to justify a series of invasions and bombings of both Afghanistan and Iraq. We watched President Bush give a speech in front of a banner that read “Mission Accomplished,” then refuse to withdraw troops. Even when we saw the media try to hold Bush accountable for what Stephen Colbert referred to as “truthiness,” or valuing intuition over facts, we saw him suffer no real ramiﬁcations. How were millennials supposed to trust governments when we had witnessed them lie to pursue economic interests? How were we supposed to trust the media that broadcast those lies?

It should come as no surprise that millennials are the generation that least trusts Canadian institutions such as the government, the news, the prime minister and large corporations. As if that weren’t enough to justify our cynicism; as many of us were entering the job market, the 2008 global recession set all of our hopes for the future on ﬁre. All the milestones of success that we’d been told to aim for since childhood—home ownership, marriage, kids, a stable job with beneﬁts, eventual retirement—crumbled the moment we reached out to grab them.

Unable to ﬁnd even a secretarial job with my bachelor of arts degree, I started working as a barista at Starbucks, a last resort so common it’s become a millennial cliché. Job postings asked for increasingly speciﬁc degree requirements and years of experience I didn’t have.

Now I’m a freelance writer—I get regular work and I’ve written a bestselling book. These should be markers of success—and in many ways they are—but I still think about going back to work for Starbucks once a month. At least they offer beneﬁts and stock options for part-time employees.

Apparently, I’m not alone. According to a 2019 Angus Reid Institute survey, 40 per cent of millennials have worked in the gig economy over the past ﬁve years. Another study by the Bank of Canada reported that 57 per cent of gig workers said they would trade it in for a stable, full-time job with no additional pay.

While my precarious employment lines up with that of other millennials, in other ways, I feel that I’m removed from the generation I’m a part of. My parents were incredibly poor and I’ve never known the security or stability of owning a home, so I don’t know what I’m missing by being a lifelong apartment renter. I had an unplanned pregnancy at 17, so I didn’t have the chance to worry about whether I could afford to have a kid or how I could cobble together maternity leave without a stable job. Now that I’m at the age where it would be socially acceptable for me to have another baby, I don’t want one.

Still, I’m just as adrift as my millennial friends and peers. Should I save up for a house that may never materialize, or should I just use that money on craft beer, avocado toast and eyeshadow palettes, knowing I’ll at least get momentary satisfaction from the latter?

Should I prioritize paying down student loans and credit cards over paying rent and eating? Should I try to work on my depression and anxiety with therapy I can’t afford, pay $300 per month for the only pills that work to keep me functional, or should I just rely on alcohol, pot and/or opioids—all of which are cheaper—to numb me enough to get through to the next day? What should I—what should any of us—be working toward when the road maps to success other generations have passed down to us have turned out to be as outdated and irrelevant as transistor radios and Beverly Hills, 90210?

While it’s become commonplace for other generations to call millennials “entitled” and “lazy,” it seems to me that it’s more accurate to say we’re directionless and lost. We’ve become a generation of Cinderellas, told to wait for a glass slipper that no longer exists. And as we watch the planet that sustains us burn, the divide between rich and poor become larger, and our consumer-driven way of life slowly collapse, we must ask ourselves: what do we want to build in its place? More importantly, what do we—the most educated generation, a generation that cares deeply about social change, and is more accepting of diversity than our parents and grandparents—want to leave behind? What do we want our legacy to be?

While MASH was a childhood fantasy, its various possibilities curated an unlikely optimism in me. I ﬁnd myself playing out all our generations’ possible futures, focusing on versions that aren’t so bleak—a future that’s generative, sustainable and kind. After all, the one beneﬁt of not being able to follow in our parents’ footsteps is that we are forced to make our own.

This essay appears in print in the February 2020 issue of Maclean’s magazine with the headline, “Our future is MASH.” Subscribe to the monthly print magazine here.