Discount airliner, not all safety included

Matt Gurney: Everyone knows flying cheap can be uncomfortable. But who knew it might also mean planes without all the safety features? 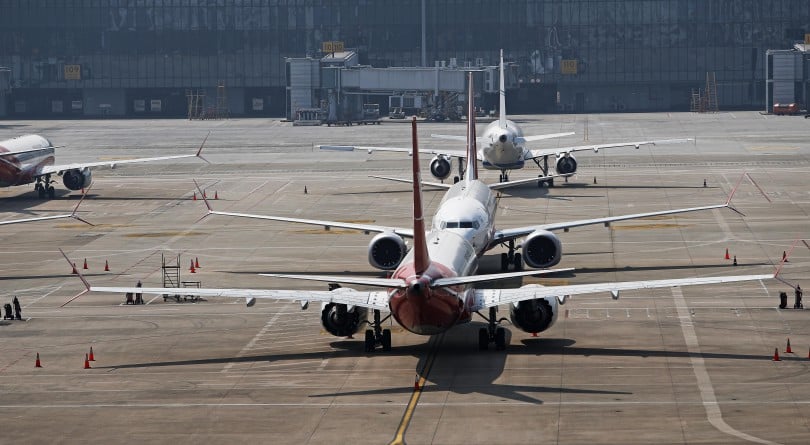 When you buy a ticket on a discount airline, you go in expecting certain annoyances. You are not expecting that the plane itself is a discount model, and that the price savings have come at the cost of leaving out safety features.

And yet, that’s exactly what Boeing has been selling, the New York Times has reported—making safety features optional cash upgrades for the 737 MAX 8 fleet.

There’s nothing wrong with saving a few bucks. That’s why passengers seek out the lowest-possible airfare, and why discount carriers exist all over the world. The experience of flying them isn’t great, but passengers shrug it off. A few hours of mild discomfort is a small price to affordably access all that the world has to offer … so long as the airlines aren’t skimping on essentials.

In general, they don’t seem to be. There is not a major difference between discount and regular air carriers in safety. Just over a year ago, after a woman was killed by an engine failure aboard a Southwest Airlines flight, USA Today tried to rank U.S. air carriers by safety, and concluded it was almost impossible. The aviation industry in North America has become so safe that it’s statistically difficult to compare them on the basis of accidents and fatalities.

“There are almost 29,000 commercial flights a day in the United States,” Michael Rioux, a flight safety expert, told the paper then. “This is the first person that’s died in an accident (in the United States) in nine years. Put that in the context of automobile accidents and think about how safe it is.”

A German company that ranks global airlines by safety found that the Southwest incident was so rare, and the overall industry so safe, that the actual change in Southwest’s safety rating after the accident was marginal‚—a half-per cent.

This is good news. But in the aftermath of the twin disasters involving Boeing’s 737 MAX 8, with more than 300 people dead in Asia and Africa, there’s obviously renewed focus on safety, and what’s been discovered is alarming.

It’s important to note that neither crash has yet been officially explained. But the crash of Indonesia’s Lion Air Flight 610 in October and Ethiopian Airlines Flight 302 earlier this month seem to share grim commonalities. The problem appears to be in a software feature that is designed to push the nose of the aircraft down if the computer concludes a stall is imminent. Both lost aircraft seem to have struggled with unexpected dives before they crashed, suggesting that the software might have been attempting to avoid a stall that wasn’t actually occurring. A device, known as an angle-of-attack sensor, could have failed and convinced the plane’s software that it needed to dive.

And Boeing sells safety features for that system as an optional upgrade.

One of the upgrades is adding information from both sensors to the flight data cockpit displays that the pilots consult. Another is a warning indicator, called a “disagree light,” that activates if the plane’s two angle-of-attack sensors are providing contradictory data. It is conceivable that either or both of those systems could have helped the flight crews of the doomed planes understand what was happening, and perhaps how to counteract it.

Note my cautious hedging above—it’s impossible to say for sure because the cause of both crashes has not yet been officially determined. And even if the failure was in the angle-of-attack sensors or the plane’s software, we can’t say with certainty that the added safety features would have been enough to avoid disaster on either flight. We’ll never know that.

But we do know that neither Lion Air nor Ethiopian Airlines spent the extra money for those safety systems. The passengers and crew of those airlines were denied even the chance that the extra warnings could have saved their lives.

It’s better news for North American flyers. Air Canada and American Airlines, which operate dozens of MAX 8s between them, both bought the optional systems. WestJet and Southwest each purchased the disagree light, but not the angle-of-attack display option. United Airlines told the Times that it did not purchase either, but that its pilots fly their planes using different data and sensors. Canada’s Sunwing Airlines owns four MAX 8s but has declined to say whether it purchased the optional safety features.

Still, this isn’t a good look for Boeing. If the manufacturer wants to sell optional upgrades for willing cash customers, there’s absolutely nothing wrong with that. But the flying public in an increasingly connected world should be able to assume that flight safety features aren’t considered options, and that any given plane is about as safe when operated by Airline A as compared to Airline B.

This is a wakeup call for Boeing, which sought to make a few extra bucks by holding out on potentially critical life-saving upgrades, and also for regulators that permit safety features to be considered optional in the first place. This isn’t a better in-flight entertainment system or fancier carpets. This quite conceivably is a matter of life and death. Perhaps the aviation industry should be re-evaluating what is (and is not) an optional feature?