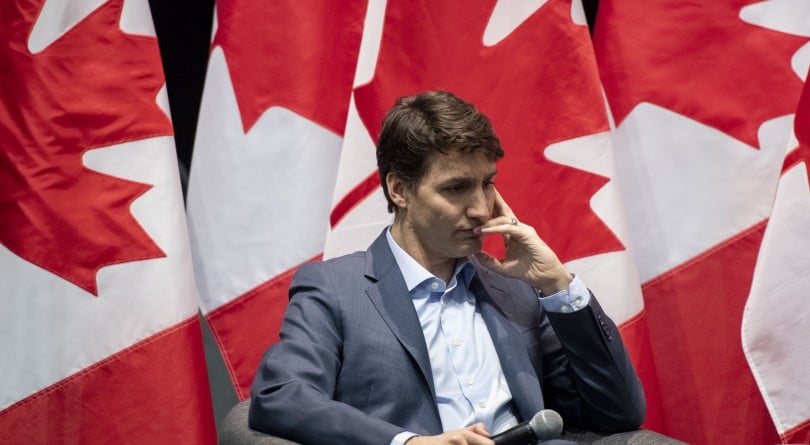 L’affaire SNC-Lavalin is a scandal with “no money, no sex and nothing illegal happened,” the Associated Press wrote on Sunday, accurately summing up the relatively mild wrongdoing at the heart of this controversy.

There are no envelopes full of money for party organizers, no bribes from arms dealers, no electoral cheating.

Viewed through a charitable lens, Justin Trudeau’s government finds itself on the brink of collapse because his aides pushed too hard for a legal opinion from a retired Supreme Court justice.

Meanwhile, in the United States, thousands of children have been separated from their parents by a president whose election was aided by Vladimir Putin’s hackers.

Trudeau’s misdeeds may pale in comparison to Donald Trump’s, or even those of other recent Canadian prime ministers, but that should be cold comfort to progressives because, so far, this affair raises more corrosive questions about Trudeau’s competence than his ethics.

The most charitable interpretation of the facts in this matter suggest that Trudeau was ill-advised, that his aides, including clerk of the Privy Council Michael Wernick, failed to understand the law that Trudeau’s government passed—jammed in a budget omnibus bill—that would have allowed SNC-Lavalin to escape prosecution.

The law—Section 715.32(3) of the Criminal Code—forbids prosecutors from considering “the national economic interest … or the identity of the organization or individual involved.” This clause was inserted so that Canada would comply with the OECD anti-bribery convention.

Wernick testified at the justice committee last week that the clause “is to distinguish national economic interest from the interest of other countries,” meaning that it was proper for officials like him to pressure Jody Wilson-Raybould on the grounds that a prosecution might cost Canadian jobs.

In a statement Monday, the OECD took the trouble to contradict that narrower interpretation, which suggests Wernick’s understanding of the law was faulty.

It is possible that Trudeau and his people let their thinking be swayed by powerful lobbyists, that they didn’t realize what they were doing was wrong because they failed to understand the law. But Trudeau chose his clerk, and the other senior aides who badgered Wilson-Raybould and ignored her when she tried to warn them off.

Their errors are his errors, and his inept management of the political fallout—his refusal to admit that his people were wrong—raises a nasty question: Does he know what he is doing?

One of the Prime Minister’s biggest challenges as he spends this week in Florida, plotting his comeback, is how he is going to get things done in a town where everyone is wondering that.

The departure of Jane Philpott, who gave up her seat at the cabinet table because she no longer had confidence in the way Trudeau handled this matter, is especially disquieting, because she is held in such high regard. Philpott, who spent a decade doing admirable medical work in Niger, won praise from Indigenous leaders for her no-nonsense approach to improving service delivery, and from opposition politicians, bureaucrats and journalists.

She worked closely with Trudeau for years and no longer has faith in him.

And the Prime Minister seems to have lost his sangfroid. He lost his cool with Celina Caesar-Chavannes, the MP for Whitby and his former parliamentary secretary. She says that when she called him to tell him she had decided not to run again, he accused her of disloyalty, asked her to delay her announcement and lost his temper on their next meeting, storming out of the room.

The departure of three impressive women sends a more damaging message about Trudeau than anything the ethics commissioner will rule about this affair. The fact that we don’t know exactly what he did to irk them does nothing to improve his image. They know him, and they have lost faith in him.

Trudeau has an unusual advantage in politics because he has been around it all his life. In opposition, he seemed decisive and ethical, dealing aggressively with sexual misconduct by two of his MPs, expelling Liberal senators from his caucus and proactively releasing information about his finances.

But his princely confidence seems to come with a princely sense of entitlement. He has, after all, spent his life having strangers fawn over him. His ill-conceived trips to the Aga Khan’s island and India suggest that he forgets that a prime minister is the chairman of a committee, not a prince.

His capricious decision to break his promise about electoral reform—after thousands of Canadians wasted their time attending consultation meetings—fits the same pattern.

At the Charlottetown Conference where Canada was assembled, Sir John A. Macdonald put down his occupation in the guest book as “cabinet maker.” Trudeau is an international symbol of liberalism, a Disney prince striding on the world stage, speaking up for feminism, diversity and human rights. He won’t be doing much more of that unless he can show that he knows how to put together a cabinet.