Tabatha Southey: In the interest of fairness to the man at the centre of the story, an annotated look at President Trump’s own words on the Mueller matter 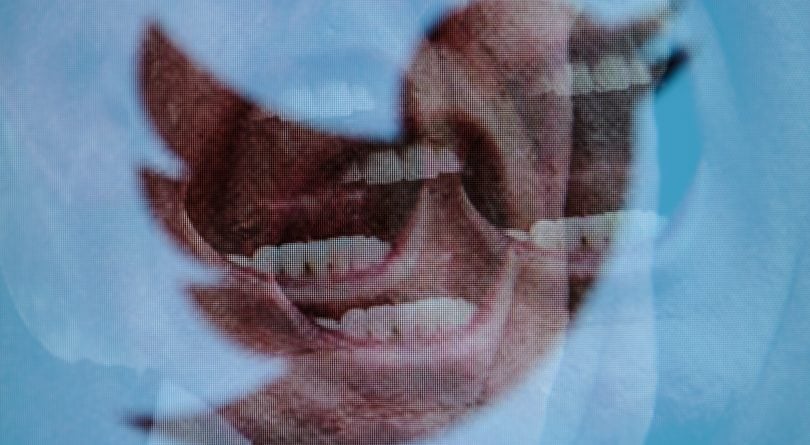 Photo illustration of Donald Trump and the Twitter logo. (Photo by Jaap Arriens/NurPhoto via Getty Images)

It has been just over a week since the U.S. Justice Department’s long-awaited, much-speculated-upon, somewhat redacted Mueller report on the investigation into Russian interference in the 2016 presidential election was released. President Donald Trump—who is apparently much more comfortable making his case on Twitter than under oath—has been responding.

There are a lot of ways to tell the story the Mueller report told, but in the interest of fairness to the man at the centre of the story, I have chosen to tell it in, or at least, with, President Trump’s own words. Let’s consider these tweets Trump’s tweet-fidavit and examine them one at at time for insight the they offer us.

Despite the fact that the Mueller Report should not have been authorized in the first place & was written as nastily as possible by 13 (18) Angry Democrats who were true Trump Haters, including highly conflicted Bob Mueller himself, the end result is No Collusion, No Obstruction!

The report makes no accusation of “collusion,” a term that has no legal definition anyway, unlike “conspiracy,” which Mueller didn’t find evidence of either. However, the report does establish that the Russian government worked overtime to help Trump win, that the Trump campaign was delighted to benefit from hackings that targeted Democrats, and that Trump’s campaign advisers had enough odd meetings, almost-meetings, crossed paths and clandestine communications with the Russians to mount a bedroom farce of the whole affair, What the Butler Assanged.

As for obstruction of justice, the Mueller report explicitly does not clear the president of that charge by any stretch. Mr. Mueller, the special counsel, while letting it be known that he believes he has full authority to clear Mr. Trump, is notably coy about his findings on the matter. The report explicitly lays out a dozen or so episodes in which Trump’s actions in connection to the investigation raised eyebrows higher than Trump Tower, and all of these instances were evaluated on three criteria: the act had to be obstructive, linked to an investigation and undertaken with a corrupt motive.

Then, having done all that, Mr. Mueller basically said to America, “I’m just going to leave this right here.”

Imagine I left all the ingredients for chocolate chip cookies on you counter, and a definition for what I have determined constitutes a chocolate chip cookie, and that this definition includes the words  “Preheat oven to 350 degrees” and that I also left a note reminding you that while I do not have the constitutional authority to produce sweet baked goods, you do. That’s the Mueller report, only basically the recipe is for slow-cooked Impeachment Pie.

Happy Easter! I have never been happier or more content because your Country is doing so well, with an Economy that is the talk of the World and may be stronger than it has ever been before. Have a great day!

The president informs us that “nothing” happened at school today and he is “fine.”

The Trump Haters and Angry Democrats who wrote the Mueller Report were devastated by the No Collusion finding! Nothing but a total “hit job” which should never have been allowed to start in the first place!

The president would like you to know that the whole investigation was a hit job run by “Trump Haters.” He would also like you to know these entirely unscrupulous Haters and Angry Political Opponents have written a report that totally clears him. I feel it may be years before the American alphabet economy recovers from the capitalization inflation Trump is inflicting upon it.

How do you impeach a Republican President for a crime that was committed by the Democrats? MAKE AMERICA GREAT AGAIN!

Local crumb-covered child demands to know how you can consider sending him to his room over missing cookies that you definitely ate yourself!

Isn’t it amazing that the people who were closest to me, by far, and knew the Campaign better than anyone, were never even called to testify before Mueller. The reason is that the 18 Angry Democrats knew they would all say ‘NO COLLUSION’ and only very good things!

It’s true they talked to White House counsel Don McGahn. Mr. McGahn told the investigation how much Trump hated the investigation, and about the president’s attempts to have it curtailed. These attempts included Trump calling him at home one night and telling him to get the Justice Department to fire the special counsel and later telling him to deny that the entire episode ever happened. It’s true the Mueller team also talked to both former White House chiefs of staff, Reince Priebus and John Kelly, former strategist Steve Bannon, White House press secretary Sarah Sanders and Trump’s former personal lawyer Michael Cohen, who got chatty real fast. He may in fact be known henceforth as “Chatty Cohen.” Trump’s son-in-law, Jared Kushner, spoke with Mueller’s team a number of times, and a lawyer for Ivanka Trump had an attorney provide some answers, because she has people to do that for her. But did the Mueller team talk to President Trump’s longtime totally real friend and associate John Barron? I thought not. Check and mate, Mueller.

You mean the Stock Market hit an all-time record high today and they’re actually talking impeachment!? Will I ever be given credit for anything by the Fake News Media or Radical Liberal Dems? NO COLLUSION!

The president almost pivots to the economy. But in that there is literally nothing this man wouldn’t do to keep a story that’s trying to harm him alive. That fading story could be begging him, “Please, Donald, stop breathing into my mouth!” as the president attempted to ram one of his own kidneys into its belly; he’s not going to let it go.

April 23 II Attack of the Oversharer

I wonder if the New York Times will apologize to me a second time, as they did after the 2016 Election. But this one will have to be a far bigger & better apology. On this one they will have to get down on their knees & beg for forgiveness-they are truly the Enemy of the People!

The president had a dream last night he’d like you to hear about.

In the “old days” if you were President and you had a good economy, you were basically immune from criticism. Remember, “It’s the economy stupid.” Today I have, as President, perhaps the greatest economy in history…and to the Mainstream Media, it means NOTHING. But it will!

The president has reached the “They called me mad, but I’ll show them all!” stage of super-villainy.

The Mueller Report, despite being written by Angry Democrats and Trump Haters, and with unlimited money behind it ($35,000,000), didn’t lay a glove on me. I DID NOTHING WRONG. If the partisan Dems ever tried to Impeach, I would first head to the U.S. Supreme Court. Not only……

…..are there no “High Crimes and Misdemeanors,” there are no Crimes by me at all. All of the Crimes were committed by Crooked Hillary, the Dems, the DNC and Dirty Cops – and we caught them in the act! We waited for Mueller and WON, so now the Dems look to Congress as last hope!

As a rule, it’s best not to attempt to answer accusations that you undertook to undermine your nation’s legal process—ostensibly because you determined that allowing it to operate freely and independently was not in you best political interests, and also it was hurting your feelings—by trying to deploy your nation’s legal process to your political advantage again. Either the president is working under the (very wrong) belief that the Supreme Court of the United States can override Congress’s constitutional power of impeachment or he’s just counting on his buddy Brett to do him a solid.

As has been incorrectly reported by the Fake News Media, I never told then White House Counsel Don McGahn to fire Robert Mueller, even though I had the legal right to do so. If I wanted to fire Mueller, I didn’t need McGahn to do it, I could have done it myself. Nevertheless,….

….Mueller was NOT fired and was respectfully allowed to finish his work on what I, and many others, say was an illegal investigation (there was no crime), headed by a Trump hater who was highly conflicted, and a group of 18 VERY ANGRY Democrats. DRAIN THE SWAMP!