Opinion: We should want our MPs to be engaged in the debate. But Canada's parliamentary rules offer them little to no incentive to do so 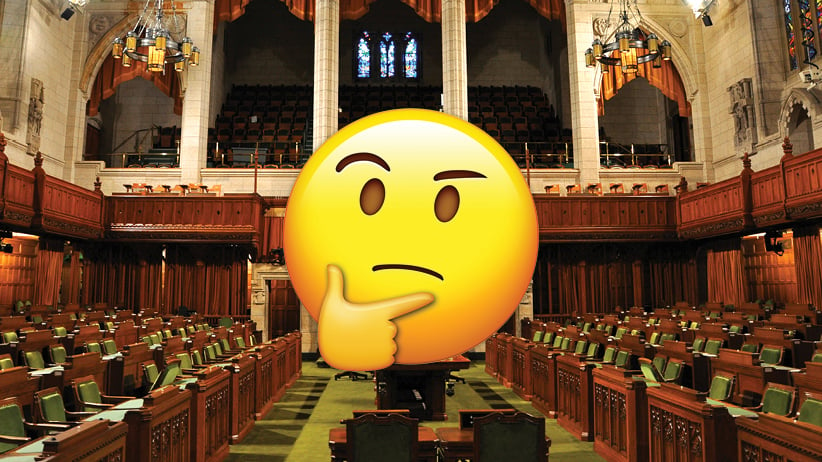 Dale Smith is a freelance journalist in the Parliamentary Press Gallery, and the author of The Unbroken Machine: Canada’s Democracy in Action.

In December, Maclean’s reported on the preponderance of MPs on their smartphones and tablets during question period, noting that as many as half of them were on a device at any given time. MPs cited that they were good for research, catching up on correspondence—particularly during standing votes—and the occasional bit of “me time.”

This may seem outrageous, on its face. How could our politicians waste public taxpayer time and money to play Candy Crush during question period, as one MP admitted to doing? But this outrage should really be aimed at the actual issue: the way debate works in the Canadian House of Commons is broken.

While we should want our MPs to be engaged in the debate, there’s little to no point for them to do so given the way that the rules in our parliament work. Right now, all debates are scheduled by the parties’ House leaders, and speaking lists are given to the Speaker. This goes for both QP and during regular debates. If you’re not on the list, but are still required to show up anyway—either because you’re expected to be “room meat” filling out the camera shots during QP, or you have been assigned House duty in order to ensure that there is sufficient quorum in the Chamber—then there’s not a lot for you to do. So you do work instead.

COUNTERPOINT: When MPs are on their phones in QP, they’re wasting your money

Even before smartphones or cellphones were in use, MPs have never been short of paperwork to attend to in the House. Whether it’s correspondence, reports, or working on an upcoming speech, MPs have long been tuned out from the activities going on around them as long as they’re not on the list. The very fact that the Canadian House of Commons has desks as opposed to benches, as is the style in the United Kingdom, is indicative that there is an expectation that MPs will use them to work as opposed to holding their notes. Indeed, back when the Centre Block was first opened in 1866, MPs had desks in the Chamber because they didn’t have offices, and even when they did get offices, they didn’t have permanent staff much of the time (and until housing allowances became the norm, many slept in their offices).

The fact that they can now do some of this work electronically is simply an evolution of existing practice rather than anything particularly new. Smart phones and tablets, too, are probably less disruptive than some of the other options. I have forever seared into my memory one particular debate of a bill during the previous parliament, and seeing one MP at his desk with a laptop, wearing very conspicuous noise-cancelling headphones, completely oblivious to what was going on around him. Nobody batted an eyelash.

So, what do we do in order to get MPs to be more engaged in the debate going on around them? Banning devices isn’t the answer, because they’re merely a symptom of the underlying problem. What we need to do instead is to tackle the problems in our parliamentary rules that are stifling actual debate and engagement. That starts with banning speaking lists, and moves onto banning prepared speeches (with the exceptions outlined in the 1956 Speaker’s ruling allowing them for the budget and responses to the Speech from the Throne, as well as occasions where assistance was needed for text in the other official language).

Speaking lists are a recent invention, dating back to around 1993 when there were suddenly five parties in the Commons, and a more equitable way of distributing questions and speaking times was felt to be necessary, thus requiring a list with predetermined breakdowns. Prior to that, MPs would have to “catch the Speaker’s eye,” meaning they would stand up when it was time for a new question to be asked, or when one MP had finished their debating points. In this system, MPs had a reason to pay attention: if they wanted to speak or ask a question, they would have to stand up and hope that the Speaker called on them. (As a bonus, this is also a better tool for enforcing discipline, because the Speaker can more easily not “see” disruptive MPs).

Banning prepared speeches is the next step, but it also means undoing rule changes that we’ve imposed around speaking times. What has developed in our parliament is a culture in which MPs are required to fill their full 20 minutes when debating bills, rather than making their points and sitting down or accepting spontaneous questions from the floor. I’ve even spoken to one MP who said that if she tried to make her point and sit down, she would get in trouble—from the House Leader’s office, is what I gathered—for not filling the required time. What we have now, instead of debate, are a series of 20-minute-long speeches that nobody pays attention to, before moving right along to the next name on the list. The 10-minute “questions and comments” sections after the main speeches are more often than not used by their own party members asking them to further elaborate on a point, rather than getting a pointed question from another party about what they just said (though exceptions do occur).

A much better system would be to return to something like they have in Westminster, where the Speaker looks at the number of MPs who want to speak to the topic at the start of debate, then divides the amount of time allotted to debate amongst them, so that they usually get about eight to 10 minutes each. That’s something that they can do without a prepared script, and it keeps everyone in the room engaged because there is an impetus to ask questions mid-speech, and to have meaningful debate. It’s not just about waiting around until your turn comes up on the list, if you’re on the list at all.

Taking away the roadblocks that prevent MPs from meaningfully participating will do far more to keep them engaged in the debates and away from their phones than simply demanding that they keep off of their devices. Taking away the desks probably wouldn’t hurt either—and given that the current Chamber is at capacity, it will allow future growth without needing to further renovate to squeeze in even more desks.

But first things first—the system needs to give MPs a reason to take part.