Opinion: The court decision that struck Bill 5 down hinges on incoherent legal arguments, and goes beyond the bounds of a judicial ruling—and that's dangerous 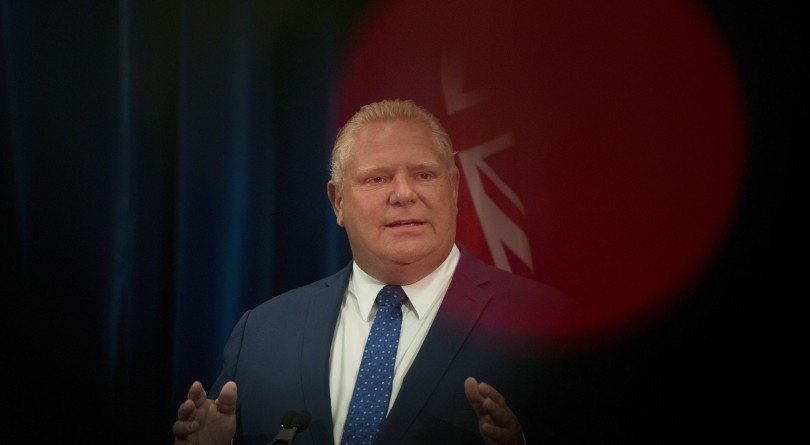 Emmett Macfarlane is an associate professor of political science at the University of Waterloo and author of Governing from the Bench: The Supreme Court of Canada and the Judicial Role (UBC Press, 2013).

To call Ontario’s Bill 5 unfair would probably be an understatement. But saying so about the Ontario Progressive Conservative government’s bill, which would cut Toronto city council seats in half in the middle of a municipal election campaign, is not the same as calling it unconstitutional, and most observers were correct to think that the legal challenge against it faced an uphill battle. But Bill 5 has, as of right now, been struck down by an Ontario Superior Court judge.

The province, however, has announced that it will appeal that court decision, adding that Doug Ford’s government will invoke the notwithstanding clause from the Canadian Charter of Rights and Freedoms to immunize Bill 5 from judicial scrutiny. It seems outrageous. How could it be that a government unilaterally changing the composition of a city council in the middle of a campaign does not automatically count as an unconstitutional act? How could the government overrule the court, serving its role as a check-and-balance of this democratic institution?

READ MORE: The secret no Canadian government wants you to know: No leader has a mandate

But here’s the thing: Justice Edward Belobaba appears to have arrived at his ruling using incoherent legal arguments. And though the law is bad and disruptive, and the government’s motives are dubious, none of that makes the law unconstitutional.

The key issue with the ruling is that section 3 of the Charter, which contains the right to vote and the right to qualify for membership in a legislature (or, in other words, be a candidate), does not apply to municipal elections: The right only applies to the federal Parliament and provincial legislatures. This is at least in part because municipalities are statutorily defined as “creatures of the provinces,” and in 1982, the drafters of the Charter left legislatures with wider latitude to regulate municipal affairs, including city elections, because they are not an independent order of government.

This may appear to be anachronistic, or even perverse. This view of municipalities does not reflect the 21st-century reality of local governments, nor the important range of policy issues for which they are responsible. And after all, if Canada’s constitution should be interpreted as if it is a “living tree,” per the decades-old doctrine, then why not let it evolve to change this reality and recognize that municipalities have constitutional status?

The answer is that doing so would not be a matter of judicial interpretation—it would be a judicial amendment of the constitution. There are structures, as well as a constitutional-amending formula, in place for these kinds of issues. If we want, we can grant municipalities constitutional protections, and include municipal elections under the ambit of section 3 of the Charter, but until then, it would be imprudent—and in fact dangerous and destabilizing to the laws specifically created to provide guidance in these situations—to pretend the constitution we are stuck with is not the constitution we should follow. It is not within the bounds of a judicial ruling. Doing so would be, by definition, activist.

READ MORE: Former Supreme Court justice Ian Binnie on the legacy of the Charter at 35

The judge striking down Bill 5 did not go nearly so far as to rewrite the constitution, but he did some very questionable copying and pasting. In striking down the Ford government’s law, Belobaba determined that the freedom of expression of both the candidates and the voters had been infringed. The candidates’ freedom of expression was infringed, the judge argues in his ruling, because candidates had assumptions about what a 47-ward campaign would look like, and thus decisions implicating how to raise funds, how to publicize views, and where to invest time and money were affected by the sudden change. The judge also points to confusion about what to do with “wasted campaign literature and other material” (though it is no small irony that the judge’s decision to reverse Bill 5 has the same impact).

As damaging as all of this sounds, the judge points to no fully realized example of a substantive limit on expression, per the letter of the Charter. Instead, in his own description, what the judge describes is the imposition of an organizational and logistical nightmare. Which candidate was muzzled by the law? Who could not express their policy or political views as a result of having to run in a ward that previously did not exist? The timing of the change seems manifestly unfair, but if the free expression of any candidate has been infringed, it appears, even before we assess the reasonableness of any such limits, to be tangential at best. The most generous interpretation of the judge’s position seems to be not that expression was curtailed, but that the capacity of candidates to “effectively communicate” their messages were impaired, but it is not clear that section 2(b) of the Charter protects “effectiveness” of communication, even if the judge in the case simply made an assertion rather than demonstrate its veracity in the ruling.

The judge’s account of how voters’ freedom of expression was violated is even more tenuous. Under his argument, voters have a right to effective representation, which is impaired by having larger wards. But this argument falsely imports the Charter’s section 3 considerations into free expression. One of the most significant cases the judge cites was not about the size of ridings but about disproportionate ridings, which can lead to problems with voter parity. His conclusion would also imply that, for example, the composition of Vancouver’s city council, which has only ten councillors, is unconstitutional.

This is not to say that different rights in the Charter do not inform each other or are entirely unrelated. But the judge has effectively deposited the core of section 3’s voting rights and treated it as if it were the core of freedom of expression.

Too often, judges speak of judicial restraint as an important virtue, but do little to exercise it. Here, the temptation to view a manifestly unfair law and attempt to reach a just outcome—however stretched and tortured the reasoning to get there—was apparently too much to bear. Judicial overreach cannot be justified to address bad government policy, and sometimes bad government policy isn’t unconstitutional, even if we might think it should be.

There is some irony, then, that Ford’s government will invoke the notwithstanding clause. After all, it was included in the Charter precisely to provide a safeguard against judicial overreach, and to allow institutions to have measures against each other. It may well be a shame that an imprudent government is now set to impose it to protect an imprudent law—which only serves to cast dangerous doubt over the integrity of those safeguards and of the judicial system, as voters question a clause that is widely but wrongly viewed as a device that only “overrides” rights. But for the system to work as it was designed to, Belobaba’s initial ruling should not be allowed to stand upon appeal.