Niigaan Sinclair: In 2015, Indigenous voters helped the Liberals win a majority. But most of Trudeau's success on Indigenous issues came after 2019, in a minority government. 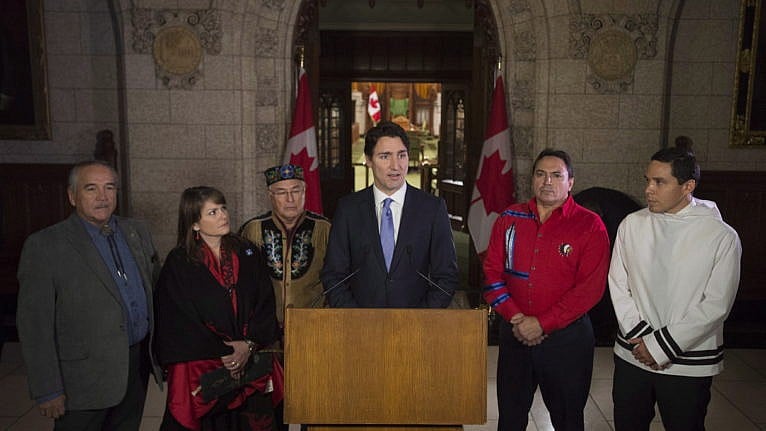 For all of Justin Trudeau’s time in office, the federal Liberals have made Canada’s treatment of Indigenous communities and reconciliation one of their leading policy promises.

In some areas—like child welfare, Indigenous languages, and creating the murdered and missing Indigenous women and girls inquiry—they have had some success.

In much more, like implementing the Truth and Reconciliation Committee calls to action, they have been uneven.

Meanwhile, in many more, like promises to fix all First Nations boil water advisories, consultation on Indigenous rights involving major resource projects, and implementing the calls from the Murdered and Missing Indigenous Women and Girls inquiry, they have had far fewer results.

Regardless, today’s federal government is the most engaged on Indigenous issues in Canadian history and it has come from a measure of Indigenous support at the ballot box.

And while the vast majority of Indigenous voters still lean more NDP than much anywhere else, the question is if “Liberiginals” will come out again to vote for the Liberals.

In 2015, more Indigenous voters came out to support the Liberals than ever before, helping to give the Liberals a majority in Parliament. This motivated vote was inspired by two words: Stephen Harper, which explains why this same support—and overall Indigenous voter participation—dropped off in 2019, when on-reserve voting dropped from 61 per cent to just over 50 per cent and the Liberals ended up with a minority Parliament.

The lack of Indigenous support in 2019 was due to apathy and disappointment with the Liberals first term in office, where Trudeau made sweeping, bordering-on-naïve promises to implement the Truth and Reconciliation Commission 94 calls to action, fix boil water advisories, and come up with some sort of Indigenous rights legislation to fill the vacuum in Canada’s constitution surrounding Section 35.

By 2019, only a couple of TRC calls were implemented and dozens of Indigenous communities were still without adequate drinking water. There still is no sign of Indigenous rights legislation, although Trudeau keeps promising to adapt the United Nations Declaration on Indigenous Rights into law.

Interestingly, most of Trudeau’s successes on Indigenous issues have come while being in a minority position since 2019. This is likely because they need the NDP’s support to pass anything and that party has a more aggressive platform on Indigenous issues than they do.

In about 50 key ridings throughout the country—nearly one-seventh all seats in Canada’s Parliament—Indigenous voters have the ability to profoundly determine who gets elected. In 32, Indigenous voters make up more than 10 per cent of the electorate.

The question Indigenous voters should ask though is: which are they better served by, a Liberal majority or minority? The answer could be the latter.