Federal election 2021: What ever happened to 'better'?

Fatima Syed: In an election that was meant to be about moving forward, nothing met the scale of what Canadians—especially younger generations—need right now 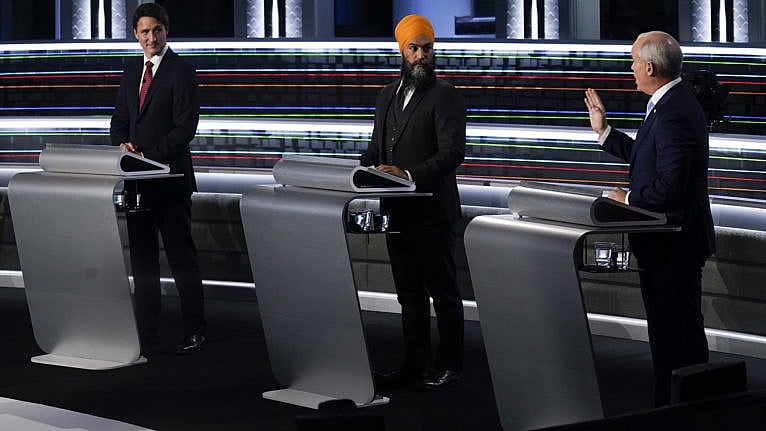 In May 2020, the International Labour Organization gave young people a new, terrifying moniker: the lockdown generation.

They knew then what Canada’s leaders still refuse to acknowledge publicly: the youngest members of society were going to be the most socially and economically impacted by the COVID-19 pandemic in everything from mental health to employment.

But this was also the generation that stepped up the most during the pandemic. They decided to volunteer, help senior people, protest for justice, forgo relationships, learn and grow in a virtual reality, sacrifice their youth—their dreams—for the better of all.

Now, there’s this deep sense of betrayal. What was it all for?

They did everything they were told by society to do only to be paid back with a lack of stability and certainty. They’re anxious. They’re lost. They’re tired.

Anjum Sultana, the national director of public policy and strategic communications for YWCA Canada, put it best to me: “There’s this Canadian dream: if you work hard, put your head down, you will make it. That equation for success doesn’t exist anymore. It was hard pre-pandemic but now it’s impossible. All the dreams that we had laid out for ourselves, our families and friends are at risk. People just don’t think it’s possible anymore.”

It’s not just young people. No matter where you are in Canada, everyone across generations, jurisdictions and communities is feeling some or all of these emotions. And after this election, everyone will be both confused and angry.

This election was meant to be about “better,” about “securing” the future and moving “forward”—but it wasn’t. Instead the leaders treated it like it was any other election, and not like we just lived through (correction: are still living through) a life-changing global health crisis that our governments and institutions often made worse. They preached politics normally, struggling to address a society that was being divided by strengthening forces of white supremacy and discrimination. They spoke the same empty talking points, as if just saying them out loud would fix every critical issue Canadians were struggling with across the country.

After seven years, the Liberals answered every question about reconciliation by highlighting their efforts to end boil water advisories and promising to “move forward with respect.” The Conservatives have a climate plan for the first time in several years, but when asked about how they’ll meet lacklustre climate targets with a scaled back carbon pricing they respond by saying “Canadians deserve to have a plan and leadership.” The NDP wants to tax the ultra-wealthy and take profit out of long-term care homes but can’t tell us how other than to assure that “better is possible.”

The biggest failure of the 2021 election campaign was the fact the federal leaders could pinpoint what was broken without offering a single solution with clarity, details, courage or conviction. Erin O’Toole couldn’t take a firm position on vaccinations when the pandemic continues around us. Justin Trudeau couldn’t refute attacks on his feminist credentials at a time when violence against women is devastating a university campus. Jagmeet Singh wants climate justice but can’t take a clear position on pipelines.

Instead, they told us they could deliver what was “important” to Canadians, without properly conveying what that was. With the possible exception of promises to address childcare costs for the first time ever, nothing they said or proposed met the scale of what Canadians need right now.

To start, none of the political parties promised a plan that would invest fairly across generations. According to research by Dr. Paul Kershaw, a professor in the University of British Columbia’s School of Population and Public Health, and the founder of Generation Squeeze, most parties plan to accelerate spending for Canadians aged 65+ around five times faster than for Canadians under 45.

Kershaw told me our political systems aren’t willing to have conversations about systemic intergenerational issues (they didn’t have it once during this election) because doing so would mean saying outright that “our parents and grandparents have left everyone lousy legacies.”

Instead, all the parties plan to grow spending for medical care for old-age Canadians faster than growing spending on housing, post-secondary and things that help people earlier in life. In doing so, each party is also proposing years of massive deficit spending that will leave behind humongous financial debt, medical debt, environmental debt and social debt on the younger generations.

Sultana calls this “the hangover of the pandemic.” Kershaw says this will “hammer young people for years and decades to come.” Both wonder why no one had the courage to acknowledge, let alone tackle it.

The 2021 election was a perfect moment to inspire the country with an intergenerational, intersectional, feminist vision. Instead, the future, we can be assured after this campaign, will include sustained debt, both financial and environmental, that will weigh heaviest on the lockdown generation. Based on everything the leaders have said—or rather not said—during this campaign, we can also be certain that the future will not ambitiously and seriously address reconciliation, system racism, climate change, education, violence against women, health-care inequity, housing unaffordability and new-era jobs.

Whoever forms Canada’s 45th government has a chance to define “better.” Based on the last 36 days, Canadians are wary of their ability to do so—and that should terrify and motivate every person who gets elected to office today.