Annamie Paul was the unexpected hero of the leaders' debate

Fatima Syed: For those looking for a different kind of politics to emerge from these tough pandemic times, Paul was the unexpected hero we didn’t know we had 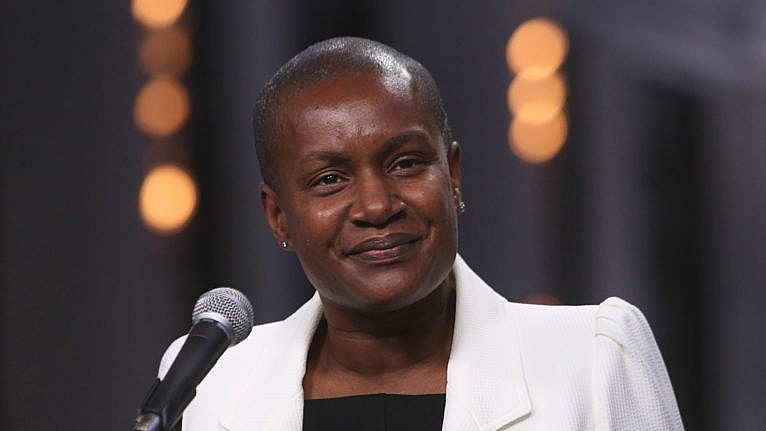 Her command of the room was evident from the very beginning. Her first answer was brief and to the point. She was the only federal leader to give a land acknowledgment.

While the other male leaders sparred, spoke over each other, lost their patience, used frantic hand gestures, frustrated facial expressions, and rushed to make their points, Paul looked straight at the camera every time it was her turn to respond. Her eyes were laser-focused, her lips pursed, her body still.

This was a woman who knew she had nothing to win and had but one goal: shift the political discourse. In an election campaign that has largely been uninspiring from its inception, she gave us some inspiration.

There were many significant moments that Paul delivered to the country last night—from her pushback on Justin Trudeau’s handling of Afghanistan to her pushback on Yves-François Blanchet’s stance on systemic racism—but the most powerful was the recognition that she  had to “crawl over a lot of broken glass to get here.”

Canadian politics isn’t graced with a lot of women on the national stage. It’s a sad state that is emblematic of a larger issue of diversity throughout Canada’s parliamentary system. Paul said so herself during the debate:  “I am the only woman, other than Elizabeth May, to be on this platform in the last 18 years.”

But Paul took a minute to give us a glimpse of what politics could be like if women were on the national stage: “I believe that if there were more women on this platform tonight and in previous years that we, in fact, we would have better laws in the military, that we would have childcare already, that we would have many of the things we need,” she said.

Then she did the unexpected. She gave credit to the women who could’ve changed the face of national politics — women that aren’t even part of her party.

“Mr. Trudeau, you cannot claim to be a feminist and consistently push strong women out of your caucus. I will say their names tonight in front of the people of Canada, Jane Philpott, Jody Wilson-Raybould, Celina Caesar-Chavannes,” she said.  “I’m here tonight thanks to the work that you have done.”

There’s no other way for me to say this: damn, Annamie Paul.

This election hasn’t exactly been great for women. All the political parties talked about childcare right as the election started but it has since fallen away from the discussion. Canadians were promised a historic opportunity to build a system that builds a foundation for kids and supports the economy. Instead, women’s issues have largely been resigned to Trudeau’s inability to denounce allegations of sexual harassment (or “contact” in one case) against some candidates.

I would’ve loved for this election to be a national conversation about violence against women, about their safety and security. A report by the Canadian Femicide Observatory for Justice and Accountability at the University of Guelph showed that 160 women and girls were killed last year in Canada; that’s an average of one woman or girl every 2.5 days.

But we all have to keep realistic expectations when the main contenders for prime minister are men and the only woman in the race who, for months, had been written off due to the internal chaos of her own party.

For those of us looking for a different kind of politics to emerge from these tough times of pandemic, Paul was the unexpected hero we didn’t know we had.

Over the course of the debate, every time she spoke she demanded collaboration, justice and equitable representation. It wasn’t easy on her. Trudeau said he wouldn’t take “lessons on caucus management” from her. (To which she responded with a smile on her face by saying she wouldn’t take lessons from him.)

While the men were bickering about Afghanistan, she showed the men the bigger picture: “When people count on you, when you make a promise to them, then you do it so people can count on Canada’s word. When someone is your partner, you go with them or for them or you don’t amount to much.”

When the men tried to best each other’s climate proposals, she shot them down by reminding them “this kind of approach on climate is going to get us nowhere” and asked them to collaborate as they did in the early days of the pandemic.

Perhaps the most iconic moment was when she invited Blanchet to get educated about systemic racism. When he interrupted her she put out her right hand and without looking at him said “this is my time, sir.” It was a moment akin to now U.S. vice-president Kamala Harris telling her opponent Mike Pence in the 2020 debate that “I’m speaking.”

Paul responded: “That was not an insult. It was an invitation to get educated.”

In between these memorable moments, Paul introduced herself effortlessly. She told Canada she was a lawyer. She is the granddaughter of a woman who worked past her retirement age. She is the daughter of Caribbean parents who struggled to put food on the table. She is the sister of a former Alberta roughneck. She is married to a man who worked in international human rights.

Paul will not become prime minister on Sept. 20 and her platform leaves a lot to be questioned, but I know six women across the country who texted me seven words after the debate: “I want to vote for Annamie Paul.”