Finally, Nova Scotia gets a public inquiry that can deliver justice to grieving families

Our editorial: Nova Scotians were united in their call for a powerful and transparent inquiry. The only ones offside were the men in charge. Eventually, they did the right thing. 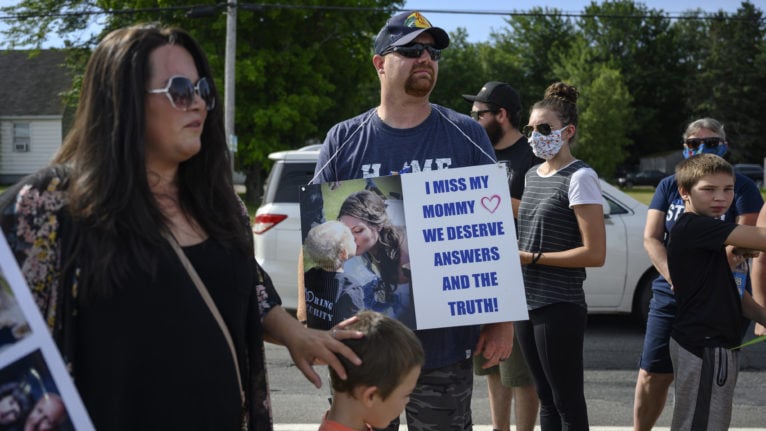 A terrible vortex of trauma opened up in Portapique, N.S., on the night of April 18, when a denturist dressed in an RCMP uniform began killing his neighbours. By the time he was stopped, more than 12 hours later and 100 km away, 22 people were dead, the lives of hundreds of the victims’ friends and family permanently damaged.

Like the Air India terrorist attack of 1985 and the École Polytechnique shooting of 1989, the Nova Scotia rampage leaves a deep scar. Children will grow up without their parents. Husbands will live without their wives, wives without their husbands. Nick Beaton, who lost his wife and unborn child on April 19, explained with heartbreaking eloquence: “We’re trying to move on with our new miserable life.”

Beyond immediate families, a much larger group of people on the periphery are also damaged: friends, co-workers, neighbours, police and paramedics left to deal with this terrible grief. Many Nova Scotians with no personal connection to the event have been struggling with a new fear, the sense that horror can arrive without warning. The rampage created a traumatized constituency, a community of interest united by a shared ordeal. And they want answers.

READ MORE: How the Nova Scotia shooting victims’ families won a public inquiry into the tragedy

Within days of the rampage, it became clear that there were many grave questions about the way the Royal Canadian Mounted Police had responded. Those questions have only multiplied with time.

The killer, who had a history of violence and a replica RCMP vehicle in his possession, ought to have been known to police. Why hadn’t they acted on warnings, including a detailed complaint from a Canadian Armed Forces veteran?

Why won’t they explain how he was able to withdraw $475,000 from a Brink’s cash depository 20 days before the killing? What was the nature of his friendship with a man on parole after working for a Mexican cartel? What was the killer’s relationship with police?

The RCMP is often criticized for being secretive about staffing levels to cover up shortages in rural detachments. Did a lack of staff lead to a disastrous failure in Portapique?

Throughout, the RCMP has said as little as possible, further traumatizing the families who have been explicit in their calls for answers. They have been supported by a wide spectrum of opinion across political and cultural divides. From rural Conservatives who are unhappy with the Liberals’ firearms policy to urban feminists disturbed that complaints about domestic violence were ignored, Nova Scotians were united in their call for a powerful and transparent inquiry.

The only ones offside were the men in charge: Nova Scotia Attorney General Mark Furey and federal Public Safety Minister Bill Blair, who said very little for three months. Then, on July 23, they announced a closed-door review, without the power to compel testimony.

At the news conference where Blair and Furey took questions, Maclean’s Senior Writer Paul Wells asked Furey who had asked for such a thing.

“There was no one who outright asked for a review,” said Furey.

The political blowback was ferocious, forcing Furey and Blair to back down and call an inquiry, but families suffered; they had had to advocate publicly, and at length, for what they needed, instead of being granted the grace to grieve privately.

Surely, the fight to be heard shouldn’t be this hard.

The rampage created a traumatized community of interest united by a shared ordeal. And they want answers.

This editorial appears in print in the October 2020 issue of Maclean’s magazine with the headline, “Finally, an inquiry.” Subscribe to the monthly print magazine here.

FILED UNDER: Editor's Picks The Editorial