For Justin Trudeau and Doug Ford, it's time to fight

Tom Parkin: The PM and Ontario premier need to take on General Motors, not offer a clean-up operation for the human wreckage in Oshawa 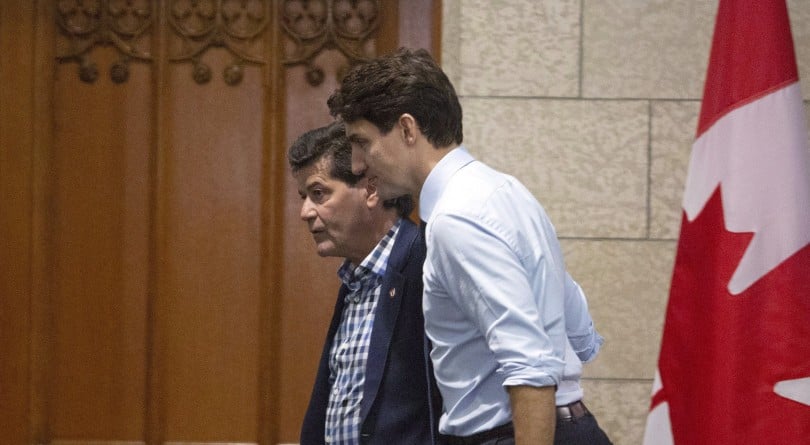 If politicians in Ottawa and Queen’s Park run up the white flag rather than fight Monday’s GM announcement, it shouldn’t be GM held responsible for killing Oshawa’s assembly plant. It should be every politician who didn’t show up for the political fight when it really mattered to people. Tens of thousands of people.

On Sunday night, news started to circulate that General Motors would announce no new product for the Oshawa assembly plant after 2019. Without a vehicle to produce, almost 3,000 jobs would be directly eliminated. By a rough estimate, those jobs put about one-quarter billion dollars into assembly workers’ pockets each year and, through them, the Canadian economy.

Assembly plants are their own value-creating supply-chain superclusters. They create demands that employ workers at feeder plants, as transportation workers, trades people, contractors and workers in the plastics, rubber, technology and steel industries. Unifor, the union representing GM assembly workers, has estimated that for each in-plant job there are seven jobs outside it, dependent on assembly supply and distribution.

And that means the total threatened devastation is perhaps between 20,000 and 25,000 jobs, directly and indirectly—maybe about $1 billion in destroyed annual paycheques.

Political leaders can choose to fight this decision. Or to offer meek hopes and prayers, shut the plant and launch a clean-up operation to sweep away the human wreckage. To be the undertaker for General Motors. Their choice.

There is one year before this announcement takes effect. There is time and a hope for a different solution. But on what should have been the first day of their fight against GM’s decision, the signals from Prime Minister Justin Trudeau and Premier Doug Ford were awful.

Early Monday in Ottawa, Trudeau appeared resigned to GM’s decision, offering, via a tweet, that he would help workers “get back on their feet.” Later, Minister Navdeep Bains talked about transition and training. No hint of any plan to fight the decision.

At Queen’s Park, mid-morning, Ontario NDP Leader Andrea Horwath questioned Ford, who echoed Trudeau’s message—just in louder tone. His government would ensure workers “get back on their feet and they get proper training,” said Ford.

“I’ve never seen a government roll over so quickly and throw in the towel on good jobs,” Horwath shot back. Well, she hadn’t been in Ottawa that morning.

Two hours later, back in Ottawa during Question Period, Trudeau stuck to his lines when responding to NDP Parliamentary Leader Guy Caron’s push for “concrete” actions.  “Hearts go out” to GM workers, the PM said as he committed to work with Doug Ford on training and transition.

It was a shameful display. But in an Oshawa union hall, at almost exactly the same time as Trudeau was offering his hopes and prayers, the fight was already starting. “They’re not closing our damn plant without one hell of a fight,” promised Unifor President Jerry Dias to members in the hall. It was a fight, he said, they would take to the boardroom of Mary Barra, GM’s international CEO in Detroit.

At least someone is prepared to do his job.

And by afternoon Tuesday, perhaps a crack had opened in the political wall of shame. After meeting with the Prime Minister, Unifor’s Dias said the Prime Minister indicated he was willing to “roll up his sleeves.” With a wedge hammered to drive the crack wider, there is a chance a strong fight can be taken to Detroit.

The problem isn’t GM’s finances. After being salvaged from bankruptcy by the people of Canada and the United States, GM’s initial public stock offering scooped up $20 billion to recapitalize the company. It has paid out hefty dividends, more like a bank or a utility than a manufacturer building assets for future earnings. Since 2012, more than US$25 billion has been transferred to shareholders through stock dividends and buybacks. GM reportedly pays its CEO an incredible $22 million a year. And in the first nine months of 2018 it generated $6 billion in profits, $2.5 billion in the third quarter.

And the problem isn’t changing consumer tastes or vehicles of the future. It’s true that Oshawa assembles sedans while North American consumers now want cross-overs, SUVs and light trucks. It’s true that GM is exploring production for electric and automated vehicles. Canadians can build those. The Oshawa plant, says Dias, is a flexible platform that can build every vehicle GM makes. It made the Equinox cross-over and Silverado truck in the past.

Dias is clear about one problem: Mexico. GM’s internal product allocation system puts assembly where costs are lowest. And that system has led south. About 900,000 GM vehicles are now assembled in Mexico. Only 200,000 are bought there. But even with work flowing from the U.S. and Canada, Mexican wages have not responded as market theory would suggest. Many auto workers continue to work for about $2 per hour.

Mexicans have, for decades, worked in a wage suppression system in which “protection contracts” are commonly imposed on them by employer-dominated unions. It’s part of a system Mexico’s new left-wing President Andres Manuel Lopez Obrador has condemned as Mexico’s “power mafia”—a system that rigs Mexico’s companies, unions and government to extract wealth for themselves. The election of AMLO, as the new president is known, could lead to the break up the power mafia. But it is deeply entrenched. Whether Canada—and the United States—can help AMLO break Mexico’s power mafia isn’t a disinterested question.

Canadian workers and business have a lot at stake with GM’s announcement. And even with a strong fight, there’s no guarantee of winning. So politicians who go along to get along, or only want victories, are no help. The rules of the game are written by and for companies like GM, not people like GM’s workers.

Politicians who are willing to take a stand may need to form new alliances and use unusual disruptions to have any chance to win this fight. But this is their job. Anything less, and their name should be cursed at the factory gate as the last shift leaves.