For smarter shipbuilding, Canada should look to Denmark

Opinion: Canada's shipbuilding plan is ballooning in cost—as these projects often do in many countries. But a former Navy commander says there is another way 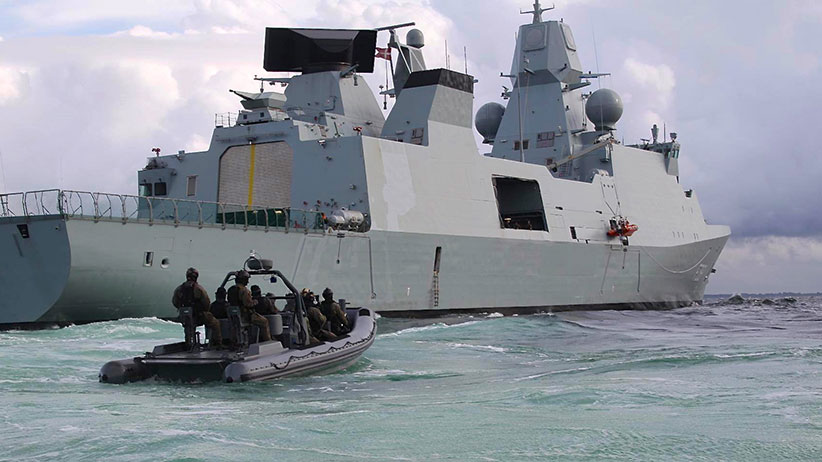 When it was first announced in 2011, Canada’s National Shipbuilding Strategy immediately became the most expensive capital procurement in the history of the country.

Initially estimated to cost $38.6 billion, the 25-year plan more than doubles the amount spent by Canada on shipbuilding during the Second World War, including inflation. Despite these breathtaking numbers, many critics felt there was just not enough money in the strategy for the ships needed by the Royal Canadian Navy and Canadian Coast Guard.

The parliamentary budget officer was prominent among the critics. Two PBO reports, one on the Arctic and Offshore Patrol Ship and the other on the Canadian Surface Combatant (CSC), predicted only a 50-per-cent probability of building four of six patrol ships with the $2.8 billion set out for the task, and only six of the desired 15 warships for the $16 billion set aside for them.

The PBO reports—to which I contributed, but the findings of which I had no control over—estimated the costs based on traditional shipbuilding practices and military-standard specifications. The problem with this analysis is these methodologies are the central cause of cost escalation. Vice-Admiral Mark Norman, then the commander of the RCN, hinted darkly that it might become necessary to “build fewer ships or accept ships with less capability.”

The alarms raised by the PBO were accentuated by the national news media. Pundits were certain that shipbuilding costs would continue to spin out of control.

Successive governments, however, remained consistently supportive of the shipbuilding strategy, and boosted the budgets for both the patrol ships to $3.5 billion in early 2015 by the Harper Conservatives, and to approximately $40 billion for the construction of the combat ships and $64 billion for their life cycle costs in the Trudeau Liberals’ 2017 federal budget. Trudeau adamantly promised to save money from the procurement of future fighters so that the Navy and Coast Guard would get their ships.

Nowhere in this entire process, however, was there a call for innovation to manage costs. And when it comes to buying ships, this is what we need the most.

Escalating costs for warships are a nearly universal problem. The Royal Australian Navy’s new Hobart-class destroyers’ final price of US$3 billion each clocked in at nearly double the initial estimate. In 2016, the Royal Navy’s Type 26 Global Combat Frigate was reportedly “delayed indefinitely … over huge financial and technical problems.” This British design, which is the rumoured favourite of Canada’s admirals, was the most expensive of the many variants examined for the PBO report, and probably the reason for Norman’s gloomy prediction.

However, there is one exception to all of this. Denmark is able to deliver a large and capable warship for very reasonable cost. Their Iver Huitfeldt-class frigates have been proposed for Canada’s CSC project. At about US$350 million for a large 6,650-tonne ship, they are very economical; compare that to the £3.7-billion British government contract for three Type 26 frigates placed with BAE Systems in July. Canada’s military would be well-served by choosing the Danish designs for Canada’s new warships.

How do the Danes achieve these low prices? First, they accept that traditional approaches to shipbuilding are no longer practical. As a small country, they must innovate and expenditures must bring maximum value back to their economy. Second, they use “best commercial standards” for all marine systems, instead of military specifications. Military systems, such as weapons and sensors, are still built and mounted to exacting standards, but everything else comes from the firms with the best reputation for reliability and value.

By saving on cost, the Danes build their frigates bigger than most. The extra space is used to duplicate a wide variety of shipboard systems in order to achieve greater reliability through redundancy. It also provides growth margins for easy and economical upgrading. Larger ships are also more fuel-efficient. Another benefit is improved habitability standards and a more stable platform for the sailors’ work environment.

The Danish ships also have more flexibility of purpose with spaces that can be altered to suit other non-traditional military missions, such as humanitarian assistance and disaster relief. Interchangeable Lego-like modules allow a common hull to be used for both basic tasks and more demanding ones, such as command ships or long-range air defence. Rather than building 15 ships uniformly with high capabilities, the Danes build only the number of modules needed and change the ship accordingly. This results in major savings.

Even the United States Navy, with the largest budget in the world for naval shipbuilding, is seeking new ways to cut costs. They have examined the Iver Huitfeldt-class frigates closely and, according to retired Vice-Admiral Paul Sullivan, the former head of U.S. Naval Sea Systems Command, came away “impressed.” That he made this declaration at the 2015 American Society of Naval Engineers meeting meant he was using the most prominent American professional forum to report the findings.

Critics of using the best commercial standards for shipbuying say such ships are not durable enough to withstand battle damage. However, those critics may not understand that these standards were developed long ago to compensate for the threat from gunfire. Today the greatest threats are from torpedoes and missiles, and as Prof. Wayne Hughes of the U.S. Naval Postgraduate School writes in his book Fleet Tactics, since no country provides armour protection for its warships, the truest measure of durability against modern threats is size. Larger ships can simply absorb more punishment. Plus, system redundancy on board these ships allows a larger one to stand a better chance of remaining functional in the face of combat damage.

And we can adopt a Danish design that will maximize the economic value for Canada and still provide a capable, durable warship for the Royal Canadian Navy. The Danish construction methodology is already at work in Nova Scotia; the Harry DeWolf-class patrol ships are a modified version of the Norwegian Coast Guard ship Svalbard. The Danish designers at Odense Maritime Technology have produced the detailed design and production engineering documents for a remarkably multi-purpose vessel. With reserve spaces for other government departments or civilian partner agencies they will be widely useful, with the notable exception of front-line combat tasks.

Irving Shipbuilding is moving forward steadily. Kevin McCoy, president of the shipyard, reported to the Standing Committee on National Defence that innovations achieved savings on overhead expenses that, in 2016 alone, “resulted in a lowered cost of over $20 million on AOPS (Arctic and Offshore Patrol Ships).” He expects to deliver the first patrol ship in 2018 and begin winding down production on the last ship by fall 2019.

The economic benefits for the Canadian economy from shipbuilding are climbing. Data provided to me by Irving shows their spending with Canadian companies has increased from $1 billion at the end of 2015 to $1.7 billion today. The Conference Board of Canada predicts stable economic growth of 1.8 per cent for Halifax in 2017, “fuelled by continued strength in manufacturing, particularly in the shipbuilding industry.”

So, what’s the problem with all of this? In short, selecting a ship with low Canadian content and traditional naval design methodology will significantly diminish its value to our economy. A senior official at Irving confided that the Canadian content in the future warship “could be as low as five per cent.” Compared to the Danish standard of 40 per cent in their ships, which closely approximates that of the new patrol ships, it is easy to see how this trend could quickly fall flat.

But Canada has more in common with Denmark than most countries: three coastlines, vast marine areas of responsibility that include the Arctic, important military alliances, and a very limited budget. The similarities are striking, and Danish shipbuilding innovation and flexible design holds the promise of long-term economic success. It will also make the Navy more a more multi-purpose organization.

Much will be decided when the new combat ship is selected early in 2018. The best choice, however, is clear: The Danes can build them big, build them durable—and also build them cheap.

CLARIFICATION (Nov. 6, 2017): This version of the post clarifies the role of Odense Maritime Technology in the design and manufacture process.