For the Liberal Party of Canada, politics is the art of procrastination

Andray Domise: For this party, politics is the aesthetics of hope, the promise of technocracy to solve our problems and the utter incapability of mustering the power to deliver on either. 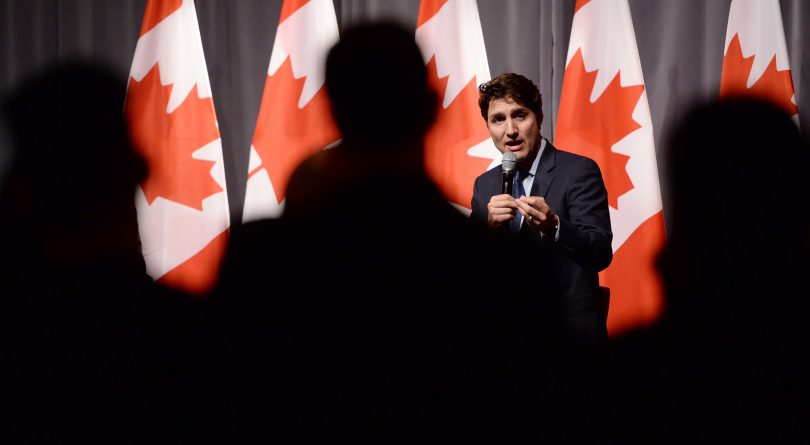 In the late summer of 1867, Germany’s Otto von Bismarck was interviewed by the St. Petersburgische Zeitung, a German-language newspaper in Russia. On the heels of victory in Austria, and well on the way to the unification of the German empire, Bismarck spoke of the necessity of balancing domestic political interests with the increasing skepticism of northern Germany’s neighbours (France, in particular), and understanding that political opposition will always mean setting aside the ideal policy for that which is attainable.

“Politics is the art of the possible,” said the chancellor, not only enshrining the notions of compromise and pragmatism as the ultimate goal of any Western policy agenda, but giving every politician thereafter an escape clause from answering to their own constituencies.

READ: Why the Liberals can’t stop talking about abortion

Bismarck, at the time, was speaking of statecraft, warfare and settling territorial interests. More than 150 years later and thousands of miles away, the Liberal Party of Canada—that “naturally governing” party of existential pragmatists—finds itself permanently locked into negotiating away the public interest. Not with external forces or massive political opposition, mind you, but through its own inscrutable tendency to discard public goodwill (and even its own election mandates) under pressure from the interests of capital.

See, for example, Canada’s current environmental policy. According to an Abacus poll in March, 83 per cent of Canadians report being concerned about climate change, and nearly half consider climate change to be among their top five policy issues leading into this year’s election. This, as wildfires continue to force thousands of residents out of their homes and tinge the skies with a choking orange haze.

Although Justin Trudeau campaigned aggressively on environmental policy in 2015, even pledging to phase out federal subsidies for fossil fuel projects, a recent joint report by Oil Change International and the International Institute for Sustainable Development named Canada as the largest per-capita G7 contributor to oil and gas subsidies. Additionally, Environment and Sustainable Development Commissioner Julie Gelfand issued a blistering report on fossil fuel subsidies, criticizing the federal government’s massive gap between its promises and its actions. Gelfand’s report comes two years after an abysmal 2017 report on fossil fuel subsidies by the auditor general, who suspended the audit in part because “the Department of Finance Canada refused to provide all the analyses that we requested for tax measures that focus on the fossil fuel sector.”

And that’s not even getting into the oil pipeline the Liberals agreed to purchase for four and a half billion dollars.

More recently, in late May (less than a day after criticizing the NDP’s partial rollout of a climate action plan for an approach that would “threaten jobs and hurt workers”), Environment Minister Catherine McKenna tweeted that Canada became the first country to sign the Drive to Zero pledge, a non-binding pledge for an international initiative to reduce commercial vehicle emissions. At the same time, Canada is so far behind the 2030 targets of the Paris Agreement—another non-binding pledge signed under a Liberal government—that at current rates, we’ll meet them two centuries late.

READ: A government called. Its centre is missing.

A podcaster friend of mine in the U.S., who goes by “Chad Vigorous” on social media, regularly describes centrists (particularly Democratic presidential candidates such as Joe Biden, Pete Buttigieg, Kamala Harris, et al.) as a consulting firm, rather than a true political party. On every key issue, from health care to the environment to income inequality, it is a point of order for centrist Democrats to tamp down voter expectations from the left, reminding them what, in the art of politics, is impossible. After the twilight of their political careers, centrist Democrats simply move on to private lobbying work, thereby exposing their true interests. It’s this sort of naked cynicism that makes jaded American voters hold their noses at the ballot box, if not fail to show up altogether.

In the same vein, Canada’s centrist Liberal party—for the millions of dollars it collects in donations, and the ability it has as a governing party to reshape our most pressing national issues such as housing policy, reconciliation with Indigenous peoples, immigration and refugee policy, electoral reform and, of course, the environment—seems to find it completely out of its power to follow through on the political interests of the voters who elected it to begin with. For this party, politics is the aesthetics of hope, the promise of technocracy to solve our problems and the utter incapability of mustering the power to deliver on either within our lifetimes.

Politics, in other words, has long ceased to be the art of the possible for the Liberal Party. It is the art of procrastination, the art of kicking the can down the road, pledging that things will get better once we find an end to our endless crises, and simply trust that, in the face of all evidence to the contrary, we’re all in this together. Which raises the question: if the Liberal party were truly a corporate consulting firm operating under the auspices of party politics, how would its track record be any different?