Opinion: Youth involvement was a key to reducing violence after Toronto's 'summer of the gun'—so think beyond government programs and more police enforcement 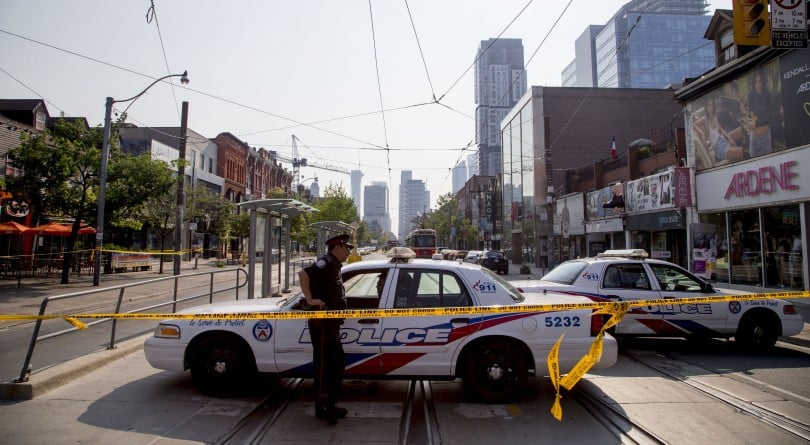 Owen Charters is the president and CEO of Boys and Girls Clubs of Canada.

Brazen. Public. Daylight. More and more these words are showing up in news reports about gun crime.

Shootings are happening on playgrounds now, and we know kids are scared.

Toronto is experiencing its fourth straight year of ever-increasing gun violence. In the past—during the so-called “summer of the gun” in 2005, where the city saw 33 shooting incidents, or around the time of the Danzig Street shooting in 2012—a rise in gun violence was called a “spike.” But over the last four years, Toronto has seen a steady rise in the number of shooting victims, from 242 in 2014 to 594 in 2017, and already this year has seen an 18 per cent increase from last year. Experts predict this will result in more than 600 victims in 2018.

And this trend is not limited to Toronto.

Criminal incidents involving firearms increased by 30 per cent nationally between 2013 and 2016, while gun homicides went up by 60 per cent. Cities like Surrey, Edmonton, Calgary, Regina, Ottawa, and Halifax have all experienced a surge of very public gun violence. North Battleford, Sask., was once again voted Canada’s most dangerous city, and number one in firearm offences.

Disturbingly, these rising statistics of gun violence across the nation seem to correlate with an increase in gang activity. After the government-run Summit on Gun and Gang Violence in March, the official report produced some grim numbers—since 2013, gang-related murders have essentially doubled in major cities across Canada.

The factors that lead to gun violence and gang activity are complicated: socio-economic conditions, lack of access to basic needs, limited education, lax gun control laws, and easier access to weapons all feed into the broader issue.

Meanwhile, authorities are trying. The Canadian government has just issued a call for proposals for the Youth Gang Prevention Fund, which aims to reduce youth violence. This is an extension of their 2017 promise to provide $327.6 million in funding over five years for gang prevention. And Toronto police recently raided a notorious street gang, seizing 78 firearms and handing out more than 1,000 charges.

But we need to be careful about outdated tactics. After the “summer of the gun,” the Toronto Anti-Violence Intervention Strategy (TAVIS) was created—and finally shut down in 2017 after years of complaints from communities about racial profiling and mistrust of police officers.

With escalating gun violence and gang activity comes a proliferation of age-old debates. Should there be stricter gun-control laws? Should cities hire more police officers? How do we solve the economic gaps?

It’s time to rethink these debates. Experts agree that one major reason for the drop in gun violence after 2005 was youth involvement in grassroots and community-based interventions. And the time is right to create space for youth voices, ideas, and leadership.

In the U.S., they are already calling 2018 the Year of the Young Person as teen activists have rallied to demand change on everything from school shootings to Dreamers to family separation at the border.

The students of Stoneman Douglas High School in Parkland, Fla., are currently the most visible and inspiring grassroots movement for gun reform—and many of them aren’t even old enough to vote yet. The #NeverAgain movement has quickly become a global call to action, one that has been entirely youth-run, and has been, for some, surprisingly effective.

READ MORE: Here’s why we—America’s youth—will prevail in the fight for gun safety

When it comes to violence, Canadians are quick to dismiss comparisons to America. But we’re fooling ourselves. Easy access to guns is becoming the norm in this country, and we are seeing the consequences.

As is often the case, young people are more in the know than us. When #NeverAgain organized March For Our Lives, young Canadians responded, taking part in events in nearly 20 major cities across the country.

A recent Global News survey determined that our Generation Z—those born between the mid-1990s to mid-2000s—are getting more active in their communities and in society. Eighty-two per cent of those surveyed kept up-to-date with current news and more than half were aware of politics and social movements.

Maybe it’s time for adults in positions of power to stop shouting and start listening to young leaders across Canada.

Let’s empower youth to step up and speak out. It’s time to give the next generation a chance to accomplish what we have not. It could be the difference between #NeverAgain and #NeverStoodAChance.