Forget the Canada-China conflict, it's about human rights

Alex Neve: Should a refugee crisis arise, Canada should take a leading role in ensuring the safety of all Hong Kong residents 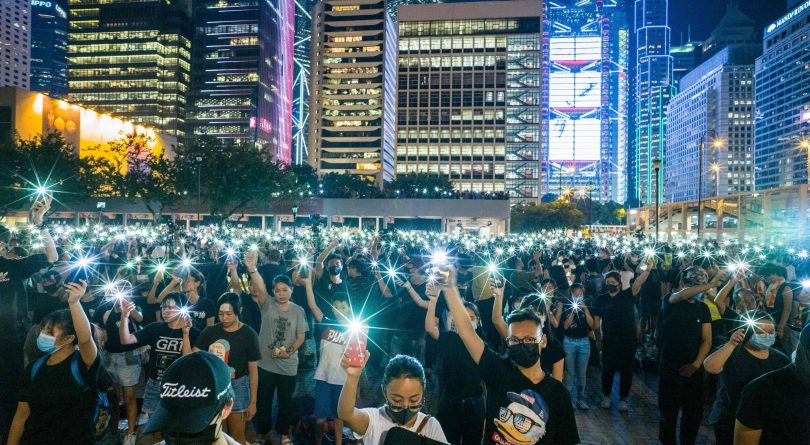 Hong Kong student leaders on Thursday announced a two-week boycott of lectures from the upcoming start of term, as they seek to keep protesters on the streets and pressure on the government. (ANTHONY WALLACE/AFP/Getty)

Alex Neve is the Secretary General of Amnesty International Canada

The conflict between the people Hong Kong and their government has become increasingly alarming to watch. While no one wants to imagine an ongoing human rights crisis, there is already cause for grave concern. Amnesty International has repeatedly documented police abuses against protesters, including unlawful use of tear gas and rubber bullets. As hundreds of thousands of protesters continue to flood the streets, the world watches and wonders if various frightening and violent scenarios are forthcoming. Might Hong Kong conduct mass arrests? Might China intervene and take repressive action? Will refugees begin to flee from Hong Kong?

If so, will Canada be ready to step up and offer safety? We very much need to prepare.

The protests began in March in response to a proposed extradition law that would make it possible for people in Hong Kong to be sent to mainland China to face trial. A former British colony, Hong Kong became a “special administrative region” of China in 1997, after Britain’s lease expired. But China agreed to give the region a high degree of autonomy to preserve its social and economic systems.

Amongst citizens, the proposed extradition law became worrisome—a signal of their eroding autonomy. They believed that Chinese officials would use the extradition process to target opposition figures, human rights defenders, leaders from ethnic and religious minorities, labour activists, and any others who dared to challenge Chinese authorities. They were skeptical that any such law would meet international human rights obligations. After all, China’s relentless pursuit of critics, rights advocates and democracy campaigners is notorious.

Hong Kong citizens have watched the Chinese government evade responsibly for arbitrary and unlawful arrests, disappearances in custody, blatantly unfair trials, widespread torture, and more executions than the rest of the world combined. All of this has been extensively documented by Amnesty International, other human rights organizations and the United Nations.

With all that in mind, Hong Kong protesters came out in such numbers and with such courage for one simple reason: Hong Kong would no longer be beyond Beijing’s reach. Anyone who dared question China’s human rights record would no longer feel safe.

In the face of protests that brought Hong Kong residents from all walks of life out onto the streets, Hong Kong authorities did suspend the proposed extradition bill. Protesters were not satisfied, insisting that the bill be fully withdrawn, and investigations launched into police abuses.

And thus it continues. Each day we watch Hong Kong with bated breath. The steely conviction and defiance of protesters is inspiring. Yet the determination of Hong Kong authorities to refuse their demands and police readiness to push back against protests does not relent.

Meanwhile the fearsome spectre of Chinese intervention hovers in the background. On the mainland, across the bay from Hong Kong, military transports, armoured personnel carriers and hundreds of People’s Armed Police troops have been amassing and conducting drills on the grounds of the Shenzhen Bay Sports Centre.

At the same time, Beijing’s aggressive denunciation of governments, including Canada, that express any degree of concern about the situation in Hong Kong grows more intense. Foreign Affairs Minister Chrystia Freeland was singled out following a relatively mild statement in conjunction with the European Union. A Chinese Foreign Ministry spokesperson criticized Freeland for having “made irresponsible remarks on Hong Kong affairs repeatedly” and accused Canada of having “grossly interfered in China’s internal affairs.”

MORE: China’s latest scolding for Canada: don’t be so naive

On the morning of Aug. 23, the Canadian Consulate placed a travel ban on all its local staff after Simon Cheng Man-kit, a British Consulate worker went missing during a business trip to Shenzhen.

There is worry that the Chinese government is losing its patience—we’ve seen this chilling movie before, 30 years ago, in Tiananmen Square. If protesters and activists do suddenly need to escape from Hong Kong, where will they look for refuge and will it be offered?

In May, two Hong Kong residents and advocates of Hong Kong independence were granted refugee status in Germany, because they face prosecution connected to protests in 2016.

It is reported that around 30 people have recently fled Hong Kong for Taiwan, in the aftermath of protests on July 1 that involved storming the city’s Legislative Council building. Taiwan’s Law and Regulations Regarding Hong Kong and Macao Affairs, contemplates this possibility and, while not expressly anticipating refugee status, does require that “necessary assistance shall be provided to Hong Kong or Macau Residents whose safety and liberty are immediately threatened for political reasons.”

In a different context, Canada has already recognized that resettlement is a necessity for some Hong Kong residents. Vanessa Rodel and her young daughter Keana, refugees from the Philippines, faced danger in Hong Kong because they had bravely offered whistleblower Edward Snowden a safe place to sleep in the city after he revealed stunning details about the U.S. government’s mass surveillance infrastructure. In March of this year, Rodel and Keana were brought to Canada through refugee resettlement. The five other refugees who also supported Snowden still remain in peril in Hong Kong.

MORE: Another swine mess we’ve gotten into with China

If the current crisis in Hong Kong becomes a true refugee emergency, a considerable number of its residents will inevitably look to Canada.

Many of the estimated 300,000 Canadian citizens currently living in the city, many of whom are active in the protest movement, may well rush back to safety in Canada. While they are certainly not refugees and simply returning to their “other” home, there will be a clear need for a well-coordinated Canadian government response plan to any such exodus. But what of fearful Hong Kong residents who don’t have another passport, be it Canadian or otherwise?

Some may argue that it is enough if we ensure that Canadians living in Hong Kong are able to return to Canada; that other governments should be expected to offer refuge to those who don’t have the protection of a foreign nationality. But it is precisely the fact that there is a sizeable community of Hong Kong-Canadians, well-established across the country, that should inspire Canada to take a leading role in responding in any eventual refugee emergency.

If this happens, the need for a response will be immediate. Hong Kong is small and offers few places for refugees to find temporary safety. Unlike many refugee situations, escaping into a neighbouring country is not an option. Quite the contrary, even greater danger awaits in China, on the other side of the border.

Of course, the overall hope is that this does not come to pass; that there is no Hong Kong refugee crisis. With that in mind, the Canadian government and all concerned Canadians must continue with efforts to press for human rights to be upheld in the region. But we must, at the same time, ready ourselves to be a place of safety if the need arises.