Opinion: Indigenous people will be disproportionately affected by the loss of one of the few—if not only—modes of accessible transportation in remote places 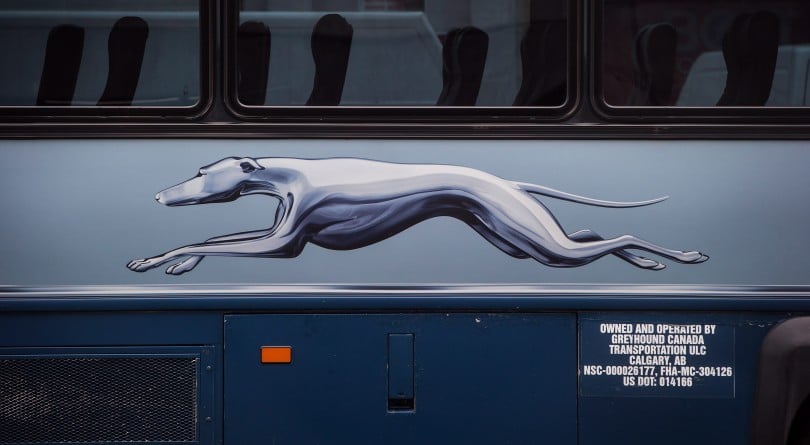 The Greyhound logo is seen on one of the company's buses, in Vancouver, on Monday July 9, 2018. (Darryl Dyck/CP)

When British Columbia’s Missing Women Commission of Inquiry issued its final report in 2012, the provincial government was urged to “develop and implement an enhanced public transit system to provide a safer travel option connecting Northern communities, particularly along Highway 16”—perhaps better known as the Highway of Tears, so named for all of the women, many Indigenous, who have gone missing or were murdered along that stretch of highway. With a lack of public transportation along that highway to connect more remote communities and First Nations to urban areas, many of those women had been forced to rely on hitchhiking, which put them at risk to dangerous men. This call for more accessible transportation was echoed in the testimony before the current national inquiry into murdered and missing Indigenous women and girls—and with so much of Canada’s vastness so remote, it’s been an urgent need for decades.

How soon, it seems, we forget.

On July 10, the bus company Greyhound announced that it would be cutting all services to northern Ontario, Manitoba, Saskatchewan, Alberta, and British Columbia, claiming that ridership has declined 41 per cent since 2010. But in many of these places, especially in the more remote communities, the Greyhound bus service is the only means of accessible city-to-city transportation. And while population numbers may not be as high in remote or rural areas, that in no way detracts from the service’s critical importance to local residents—especially First Nations people who will be disproportionately impacted by this decision in ways that go well beyond merely shuttling people from point A to B.

Manitoba and Saskatchewan, for instance, have the highest rates of murdered and missing Indigenous women and girls in Canada, at 49 per cent and 55 per cent respectively. As was the case in the Highway of Tears, access to affordable transportation is critical if we are to help prevent violence against Indigenous women and girls, avoid forcing them to be in dangerous situations, or provide an escape from domestic violence. Advocates have long said there aren’t enough transportation options—and so reducing them, rather than adding more, only threatens to create a major public safety crisis.

Those two provinces also have the highest rates of children in foster care, at 90 per cent and 81 per cent respectively, many of whom were stolen from remote First Nations and shipped to urban areas. Without accessible transportation, how can parents advocate for or visit their children to maintain family connections?

The same holds true for families who won’t be able to maintain family connections with their loved ones held in prisons in urban areas. Manitoba and Saskatchewan also have the highest over-incarceration rates of Indigenous adults and youth; the most recent data found that in Saskatchewan prisons, 92 per cent of male youth admissions were Indigenous, while more than 90 per cent of women in prison are Indigenous. In Manitoba, meanwhile, 81 per cent of boys incarcerated as minors are Indigenous, while for girls, the rate is 82 per cent. Access to public transit is critical if family and community relations and cultural connections are to be maintained for prisoners—especially given the fact that 55 per cent of people in prisons have not yet been convicted of a crime—and it’s vital for First Nation leaders, elders, and community support workers to travel to help families with their children in care or in prison. Otherwise, these overlapping crises risk exacerbating each other.

While the lack of accessible transportation creates a public safety issue in terms of violence against women, it also affects public safety in the sense of access to healthcare, dental care and mental health treatment—issues that, again, disproportionately impact Indigenous peoples, especially First Nations people, who suffer from the highest rates of injury from accidents, suicides, chronic illnesses and diseases. Having endured the intergenerational impacts of trauma from residential schools, the forced adoptions of the Sixties Scoop, and the impact of forced sterilizations, mental illness is a major issue for First Nations communities. Many of the First Nations in these targeted provinces are dependent on Greyhound bus services for transportation to doctors’ appointments, hospital stays and long-term treatments in urban cities. Failing to provide a way to reach those treatments stands in stark contrast to the federal government’s commitment to reconciliation with Indigenous peoples, a vow that includes implementing the Truth and Reconciliation Commission’s suggestion that healthcare is a treaty right.

We’ve seen the impact that losing transportation can have on a remote community already. When a May 2017 storm damaged the rail line to Churchill, Man., a port town located 1,000 km north of Winnipeg, it made transportation of goods and people more difficult and more costly, and tourism to see polar bears and the aurora borealis has slowed. People have “lost incomes, feel isolated and now can’t see what the future has for them,” York Factory Chief Ted Bland told the CBC. Now, as the rail line continues to await repairs, Churchill will lose its Greyhound service, too.

Yes, rural and remote communities are shrinking—but it would be heartless to consider the issue of Greyhound’s route cancellation only through the lens of economics, especially when the company is, overall, operating at a profit. Instead, it’s important that we look at what can be done.

Another would be for the federal and provincial governments to step up. They have legal obligations around transportation and public safety that require an appropriate plan of action to address this void in service. This means that all sides—federal, provincial, First Nation and Greyhound—need to get to the table and negotiate a solution that ensures that safety, security and social needs are not sacrificed in the name of profit. Two companies have already stepped forward to offer to fill the void, and other solutions might emerge, too.

The stakes are simply too high to forget, once again, how important the issue is, especially for First Nations.