Has coronavirus made us part with our online privacy?

Andray Domise: The forced use of digital technologies—Slack, Microsoft Teams and Zoom—to mediate our relationships during the COVID-19 pandemic, continues to provide a boon to companies who have been known to never let a good crisis go to waste 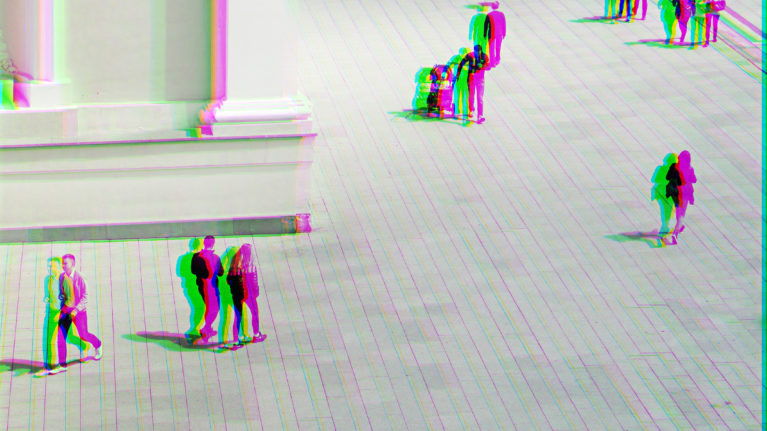 In January of 2010, a parliament of economic scholars assembled for the annual meeting of the American Economic Association. Its key lecture was delivered by Google’s chief economist Hal Varian.

“Every now and then,” Varian began, “a set of technologies becomes available that sets off a period of ‘combinatorial innovation.’”

Varian explained that components of new and already-existing technology could be combined to spark innovative leaps. Where Google previously competed with companies like Yahoo on delivering accurate search results to users, the leap, as applied to Google’s model in the early 2000s, turned its consumers—and their user behaviour—into the product. This began with search queries typed into the Google engine, then later moved on to images of our homes, workplaces and places of worship for Google’s maps program, and even developed into tracking audio cues from our requests to Google smart home devices.

The long-term impact of this model, according to author and Harvard Business School professor emerita Shoshana Zuboff, forms the basis of a vast, intrusive economy she dubbed “surveillance capitalism.”

MORE: The history of our cultural resistance against masks

In Zuboff’s 2019 book The Age of Surveillance Capitalism, she describes this supply chain to include everything from computers and mobile devices to the Internet of Things (IoT), including wireless-enabled appliances, digital assistants and home thermostats. The price we pay for these modern conveniences is not only our privacy, but the way we think, act and behave in the face of what is essentially a massive experiment in personal monitoring.

In a 2016 study entitled The extended ‘chilling’ effect of Facebook: The cold reality of ubiquitous social networking published by Amsterdam-based analytics company Elsevier, the authors argue that social media users’ tendency to present a polished image online (what they call “impression management”) can lead to self-censoring and self-regulating behaviour offline.

For example, some participants mentioned their reluctance to have alcohol or marijuana joints in hand at social functions, lest inopportune photos wind up on Facebook. Others mentioned their reluctance to be photographed with people of different genders, as a misinterpreted hug or even close proximity could give the wrong impression about romantic pairing. Throughout the paper, a theme emerged—people were checking their offline behaviour to avoid online backlash.

MORE: It’s time to stop giving the message that kids can’t play outside

What would that mean for, say, an Amazon employee organizing a walkout to demand better health protocols in the workplace during the coronavirus pandemic? Christian Smalls, a worker at Amazon’s fulfillment centre in Staten Island, New York, claims he was terminated after organizing one such walkout.

The alienating and atomizing aspect of surveillance capitalism plucks a single labour organizer out of a movement—those are the stakes now.

What about the necessity of having nuanced conversations with regard to “contact-tracing” phone apps, which monitor user movements to determine possible exposure to the virus? According to the Electronic Frontier Foundation (EFF), a non-profit digital privacy watchdog, not only have governments failed to demonstrate the efficacy of such apps, but the anonymization of user data is a frail safeguard—until it isn’t one at all.

And when  COVID-19 data was provided to police by the government of Ontario, for example, neither patients nor their families were consulted, or even notified. It simply happened with no consent asked or given, and with few details provided to the public about what information was handed to police.

How can trust be engendered in relationships between consumers and tech companies, workers and employers, or between citizens and the state, where surveillance capitalism exacerbates already-existing imbalances of power and further erodes the ability to hold powerful entities to account?

Glenn Greenwald, journalist with The Intercept, has his own concerns. “People don’t give a s–t right now. [In a choice] between having the government tap their phone calls, their text and e-mail messages, or drowning in their own lungs, they’re going to choose the former without thinking.” Greenwald stressed that, in times of emergency, people tend to part with their civil liberties.

While we’re awaiting the promise of a vaccine or treatment for COVID-19 to provide a way out of this global calamity, online privacy advocates are as busy as ever documenting how private and government entities are grasping ever further into our lives. And while that is happening, the forced use of digital technologies—Slack, Microsoft Teams and the beleaguered Zoom—to mediate even more of our conversations and relationships continues to provide a boon to companies and states who have been known to never let a good crisis go to waste.

Given what they’ve given themselves permission to do so far during the pandemic, my question is simply this: What leaps are they planning to innovate next?

CORRECTION, May 7, 2020: The original version of this story states that Christian Smalls “claims he was terminated after organizing one such walkout.” Amazon’s official spokesperson stated that the company did not terminate Smalls’ employment for organizing a 15-person protest. They terminated “for putting the health and safety of others at risk” after Smalls was found to have close contact with a diagnosed associate and confirmed case of COVID-19 and received multiple warnings for violating social-distancing guidelines.