Has Ontario learned anything from SARS?

Timothy Sly: The regions that experienced SARS in 2003—Hong Kong, Taiwan, Singapore, Ontario—mostly demonstrated a stronger and more effective response to COVID-19. The one exception was Ontario, which still seems to be confused and indecisive. 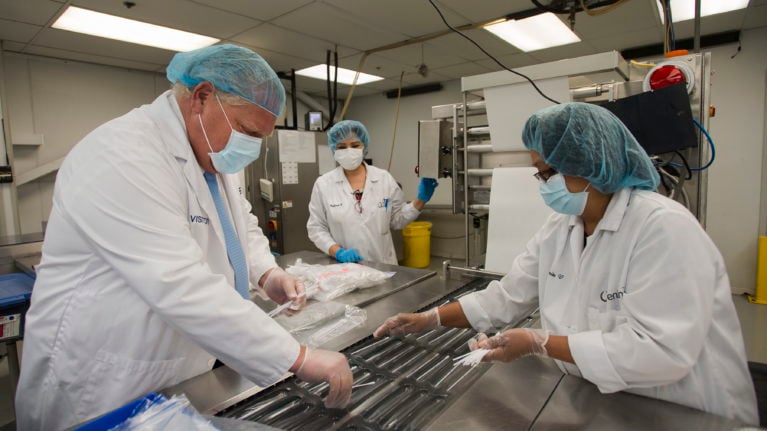 In 2007, Ontario Superior Court Justice Archie Campbell concluded in his 1,200-page final report on the SARS outbreak, which occurred four years earlier, that one of the most serious failings had been a breakdown in command and communications. “The surprise is not that Ontario’s response to SARS worked so badly,” the report states, “but that it worked at all, given the lack of preparation, systems and infrastructure.”

Judge Campbell warned that if Ontario was to be able to respond effectively to the next infectious outbreak, correcting past mistakes would be essential. At the time, international experts were focusing on avian influenza H5N1, which threatened to kill 30 to 50 per cent of the people it infected if it became a pandemic. Fortunately, it has remained low-profile. Since that time, we have had two pandemics: the 2009 H1N1 avian influenza, which was extremely mild, and the current coronavirus, which has delivered social, economic and public health disruption on a scale not seen in more than a century.

Sadly, we are seeing recollections of the same failings in command and communications from Ontario, which now appears to be repeating many of the steps that were criticized earlier. Ontario contains world-class expertise, individuals with experience honed in previous epidemics, supported by some of the finest academic and hospital-based research personnel in the world. Epidemiologists and specialists in communicable diseases have explained for several months that we are dealing with a virus which is “hidden” half the time in asymptomatic people. Controlling that virus and preventing its transmission requires that we must be able to identify who has the virus lurking in their nasopharynx.

The lack of testing was initially explained by test kits being in short supply. A little later the kits were available, but the reagents used for getting the results were apparently unavailable. By mid-March, test kits were announced as available in Ontario, and a schedule was devised which would complete 8,000 tests per day on people who satisfied a list of circumstances or symptoms (this was later increased to 9,000 tests per day, with a potential capacity for 13,000).  Germany, meanwhile, completed a million tests in one week.

But limiting the testing to those who already had the symptoms of a COVID-19 infection seems to be analogous to offering to fix the worn brakes after the vehicle has already collided with a tree. By April, numerous first-hand reports were being received by people still being turned away from testing centres because their symptom profile didn’t exactly fit the official list of symptoms. Even people who had returned from overseas were not given a test, despite requesting one. In early May, the announcement was made that even mild symptoms were now acceptable for testing. What exactly was the rationale in limiting testing to symptomatic people, when the most urgent need was to find who had the virus, whether they knew it or not?

I am reminded of the story about someone searching for their car keys at night under the street lamp. Asked where they dropped the keys, the searcher pointed to the other side of the street. When asked why they were looking here when the keys were probably over there, the person replied: “Well, the street lamp is over this side; the other side is too dark to see anything!”

Currently, anyone who is interested has been invited to be tested. Asked to explain the persistent low rates of testing, the premier’s office explained that people didn’t appear to be interested. Daily totals are still between 8,000 and 10,000, despite Premier Ford’s target of 16,000 daily. But there’s still no strategy. Invitations for the curious to drop in and get tested are clearly not enough. Where is the plan to have all current and prospective workers in any public-interface setting get tested as a condition of their continued role? At the top of that list are all staff—from the CEO to the gardener—in nursing homes, hospitals, dental clinics, chiropractor clinics and senior’s residences. Add all limousine and taxi-drivers, respiratory technologists, flight attendants, hairdressers, personal service workers, public health nurses, health staff doing contact tracing, security in airports, police officers, paramedics and restaurant waitstaff.  This would give us a clear picture of exactly who has the virus, and needs to be isolated.

Because the serial time (the average interval between becoming infected and infecting the next person) is only three-to-four days, shorter than the average incubation period, which is five-to-seven days, we need to repeat the virus testing weekly.  Yes, it’s labour intensive, but if we actually want to demonstrate some control over this virus before the vaccines arrive, then there is no other way.

All those arriving at the airport need to be tested. Since Mar. 21, more than 100,000 passengers from the U.S.A. and 300,000 international travellers have arrived in Canada by plane, with no consistent effort to establish a standardized protocol for screening, monitoring or follow-up. Compare this with someone landing at Hong Kong’s International airport: they are screened for the virus using a test with a six-to-seven hour turnaround time. The traveller has to wait at the airport in a quarantined room until the test is returned.  If it’s negative, they can proceed, but their cell phone is linked to a central database, and their activities are tracked for two weeks. If they are positive, they are taken directly to a COVID-19 isolation centre, instead of a local hospital.

The next stage involves the general public. Ideally, Ontario’s entire population should be tested. Imagine what a valuable picture that would provide? And this is not as far-fetched as it seems. The China Centre fo Disease Control completed viral testing of  6.5 million residents of Wuhan in 10 days.  That’s 600,000 a day, while Ontario struggles to reach 10,000 a day. But if population-wide testing is unrealistic in Ontario, at least we can test random samples of the population, or “sentinel samples” of key groups within the population. Mechanisms for these are available, feasible, and would enable provincial public health to understand the true extent of the threat. This would be a proactive approach to finding the sources of the virus, instead of simply following the people who were infected one-to-two weeks ago.

The regions that experienced SARS in 2003—Hong Kong, Taiwan, Singapore, Ontario—mostly demonstrated an earlier alertness and awareness of COVID-19, a stronger and more effective response to it, and much better containment (still virtually flawless in the case of Taiwan). The one exception was Ontario, which still seems to be confused and indecisive.