Here's to you, swim instructors and daycamp counsellors—the heroes of summer

By shepherding and teaching children, swimming instructors and camp counsellors spend their summers providing little acts of kindness and love 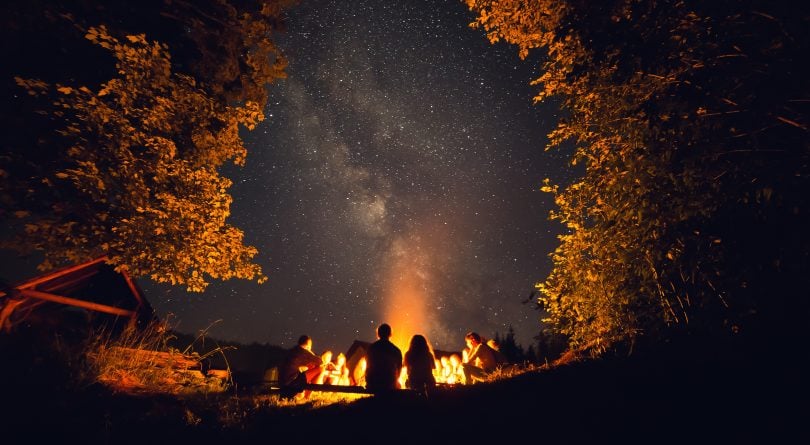 In the summer, I swim almost daily, mostly at my local YMCA. And of all the many good things about that, the best is seeing so many people teaching so many other people how to swim.

Sometimes, it’s a mother teaching a baby to swim, or at least laying the lack-of-groundwork for that task: “Motorboat, motorboat, goes so slow, Motorboat, motorboat, goes so fast! Motorboat, motorboat, step on the gas!” Other times, I get to see dads coaxing gentle dives from dedicated cannon-ballers. I see grandmothers being patient about pool noodles as part of what appears—levels of conspiratorial excitement suggest—to be a carefully planned afternoon together likely involving a somewhat over-the-top lunch that may well lodge in that child’s memory forever, and my day is made.

Sometimes, often if I swim later in the evening, it’ll be two young men starting in the shallow end, and there is a lightness and a tenderness to the whole thing. One senses this lesson has come out of a fifth-date pillow confession—an “I never learned to swim”—and that this, perhaps awkward, disclosure was met with concern because when you teach someone to swim you help keep them safe.

Maybe the “I don’t know how to swim” admission is also met with a touch of joy, the gift of an opportunity to open the door to aquaworld. After all, if you could teach someone you love to fly, wouldn’t you? And just short of teaching someone to fly, there is this.

I am reminded, when I watch any young lovers engage in a swimming lesson, of Frank O’Hara’s “Having a Coke with You”:

But for all those tender, quiet, first-time lessons, it’s the very loud lessons I love best. Those are the lessons that leave me most impressed. And so this is a shoutout to all the swim instructors out there this summer, when school’s out and daycamp’s in and the volume goes way up and your job is a sight to see.

I love the way the instructors get the kids in the water, using lore passed down the way “Marco,” and then “Polo” gets called from generation to generation; “When I get to your favourite ice cream flavour, you jump into the water,” some sneaky teacher will say—and then the fun starts.

There are those children who clearly can’t wait to get in, the ones who aren’t nervous about the water at all, the eager beavers itching to jump in right now! But who isn’t going to jump for “Strawberry”? Who does that? “Wait,” a little face says, as a little body plunges in, “Max just did that! You go to camp for a whole week with a guy, you think you know him.”

Then there are those not-yet-swimmers who, almost magically, seem to stop wondering whether the water is going to be too cold, instead preoccupied—as their teacher calls out the flavours—with whether or not teacher-with-a-beard-who-appreciates-my-knowledge-of-dinosaurs is really going to skip “Chocolate!” which is, like, half the class’s favourite. And yet he hasn’t said it! Has he forgotten chocolate? Is that even possible? Is that what “getting old” means?

And there are some who don’t want to take the plunge at all, who are actually scared, but who just have to represent “Butterscotch!”

The gradual building of knowledge and confidence up through the years is its own science, as most education is. This particular branch starts with ice-cream distraction. Or last week I heard the simple yet effective “When I say ‘Go!’ I want you to jump in and”—here’s the trick—“I want you to shout “I love swimming!” And they all did, because hardly anyone ever tells children to shout and children are really good at shouting, and the key to helping anyone is understanding that people like to do the things they’re good at. Children are naturals at being loud, and yet vast tracts of their childhoods will be spent hearing that they must not shout. Given the chance: in they go!

Where does this lead to? Sometimes it leads the children all the way to lifeguard lessons, and sometimes I get to swim through those too, often on the March Break, and then through my long, slow lifeguard-camp mile, I will hear calls pretty much non-stop from that life-saving dedicated section of the pool. “Are you OK?” “Calm down!” “I’ll rescue you!”

It’s like spending an hour trapped inside someone’s terrible marriage, and I can’t look away. Once, during my March Break Lifeguard Camp Swim, I heard the instructor say, “Today, a twist: Your victim is vomiting.” I was on the edge of my seat, in an in-pool sort of way.

It’s a privilege to watch the instructors at work, and it is exhausting work. Some counsellors spend the whole morning in the pool, engaged in this very serious fun, juggling all those personalities they have clearly come to know very quickly, as they must and yet somehow, in the midst of it all, as if they have a sixth sense, an instructor will yell, “Walk! Walk! Walk!”

“Walk! Walk! Walk!” they cry out almost metronomically, while simultaneously drown-proofing the next generation. Sometimes, one hears a seamless “That was perfect, Jamal, do one more, walk! Walk! Walk, Natalie!”

Shoutout, too, to all the mostly dryland camp counsellors bringing lines of matching T-shirted children across my neighbourhood park. The green shirts come from one direction, the yellow shirts from another, the blue shirts headed to the wading pool, the orange shirts trooping gamely to Riverdale Farm, crisscrossing the park like so many schools of brightly coloured tropical fish.

In a walk across my neighbourhood, I heard one camp counsellor say, “No, squirrels don’t collect Pokémon cards,” and a block later, another explained that, yes, sometimes the moon is out during the day, that’s because the glow of the moon is a reflection of the sun’s light but that doesn’t mean it’s bedtime, and yes, you still get lunch. Closer to the park, a counsellor led the children in a clearly improvised song about it being Wednesday, and while it won’t crack the Billboard charts, it was a truly glorious thing.

Year after year they come back, these city day camp counsellors calling out “Everywhere we go!” to get back “People always ask us!” then ”Who we are!” for “So we tell them.” They lead those lines of little baseball caps, above popsicle-stained shirts, above scabbed knees; summer really is just stimulus for the band-aid industry. Their job requires a heady mix of responsibility and joie de vivre.

So thank you, herders of children everywhere. Have an excellent summer: you earn it.