How Canada can work on trade with China—without angering America

Opinion: The Canadian government must diversify its economy, and China is the obvious target. But there are risks that come with such a partnership 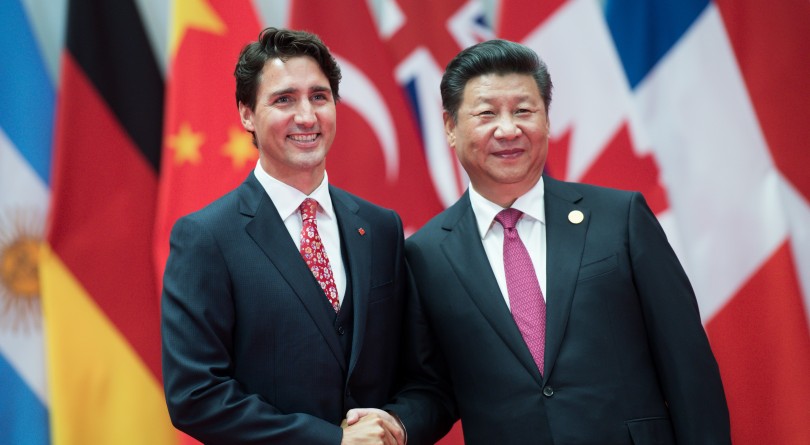 Edward Greenspon is president and CEO of the Public Policy Forum. Kevin Lynch is vice-chair of BMO Financial Group and the former clerk of the privy council. They are co-chairs of PPF’s Consultative Forum on China.

In July, the Trudeau government signalled its desire to break out of the straitjacket of over-dependence on the United States by changing the Minister of International Trade’s title to International Trade Diversification. Broadening our export markets has long been a goal of Canadian governments, and while policies are still needed to put flesh to the minister’s title, it represents a strong signal from a country whose promise has always outperformed the progress on such issues.

After all, diversification has now gone from a buzzword to a basic necessity for Canada’s largely trade-based economy.

But a diversification strategy that doesn’t fully include China—the second-largest economy in the world and the biggest purchaser of much of what Canada produces—defies logic and math. Incredibly, China’s share of global growth is greater than that of Europe and the Americas combined. Canada can only provide the job creation and rising incomes of past generations by focussing trade efforts on economies growing faster than ours. The new Comprehensive Economic and Trade Agreement and the Comprehensive and Progressive Agreement for Trans-Pacific Partnership are positive steps, but China’s scale and continued growth makes it the inescapable centrepiece of any credible diversification effort. Without China, Canada is bound to fail on truly diversifying its economy.

So how can we square that math with the United States—Mexico—Canada Agreement’s pesky new Clause 32.10, which puts a practical kibosh on Canada’s sovereign choice to pursue a comprehensive free trade agreement with China?

For the past 18 months, under the aegis of the Public Policy Forum, a group of business executives, academics, former public servants, elected politicians, and NGOs has been wrestling with an economically beneficial and politically acceptable Canada-China strategy that would also mitigate the risks to Canada of the “Make America Great Again” doctrine, as expressed through this USMCA clause. Well before that agreement, the Consultative Forum on China determined the best way forward was not through pursuing a comprehensive free trade agreement, but rather a sectoral approach coupled with fresh policies in such areas as international cooperation, investment reviews and asserting Canadian sovereignty. Indeed, one of the most successful trade arrangements in the country’s history was the sectoral agreement known as the Canada-U.S. Auto Pact.

The WTO defines a free-trade agreement as one that covers “substantially all trade” between two countries, allowing them to provide preferential tariffs. A sectoral approach is one that seeks out complementary advantages and then works to remove non-trade barriers and otherwise facilitate the movement of goods and services in these agreed areas.

The sectoral option gives us a better chance of making quick gains than an extended free-trade negotiation. It also remains onside the USMCA’s intrusive language. And should the political winds change, we have a base from which to expand.

While America’s rhetoric on China is largely antagonistic, the U.S. is actually twice as active as Canada in the Chinese market, with 8.4 per cent of its total exports going there compared to our 4.3 per cent. Applying the U.S. standard, we still have about $25 billion of export growth space to go—a figure roughly equivalent to our current sales to Japan, India and South Korea combined.

Despite the obvious differences in terms of size, democratic rights and free markets, Canada and China do share many mutual interests, including as defenders of the Paris Agreement on climate change. The Consultative Forum has identified nearly a dozen sectors of initial interest, from forest products to wealth management and engineering services to education. None would entangle us in controversial technology transfers. We suggest starting with the super-complementary sectors of agri-food and resources.

There is also opportunity in China’s growing pains with the demands of its emergent middle classes. This summer, Chinese citizens rebelled against low-quality infant vaccines, just as they have previously about bad baby formula and air quality. At this point in its development, China needs more of what Canada knows: public pensions, eldercare, workplace safety, livable cities, national parks, financial market regulation, consumer protection.

Our report also calls on Canada to work with like-minded countries in holding China accountable to its international commitments on human rights and in creating alignment on investment-review criteria within a more transparent and enforceable regimen.

Canadians are clear-eyed and pragmatic about China, according to polls. They don’t like its record on democratic and human rights and are suspicious of its state-owned enterprises. On the other hand, they want to benefit from its growth and embrace the idea of cooperation on environmental matters. They believe increased economic and political engagement remains the best driver of improvements on human rights. Support for free trade with China has been growing steadily, and although it’s not fully formed by public debate, that support stands well ahead of where it was during the Canada-U.S. free trade negotiations.

The times call for Canada to be a shaper of its own destiny, rather than one shaped by it. Without a diversification plan that includes China, Canada would only stifle its growth and influence on the world, and perpetuate the very dependence that has left us so breathtakingly bereft of bargaining power. But with determined leadership, there are ways to break out of that pattern—and it starts with China.