How Canadians can boycott Donald Trump

Scott Gilmore: Here's a list of companies owned by Trump and his family, as well as companies that sell Trump goods. Let's hit him where it hurts, shall we? 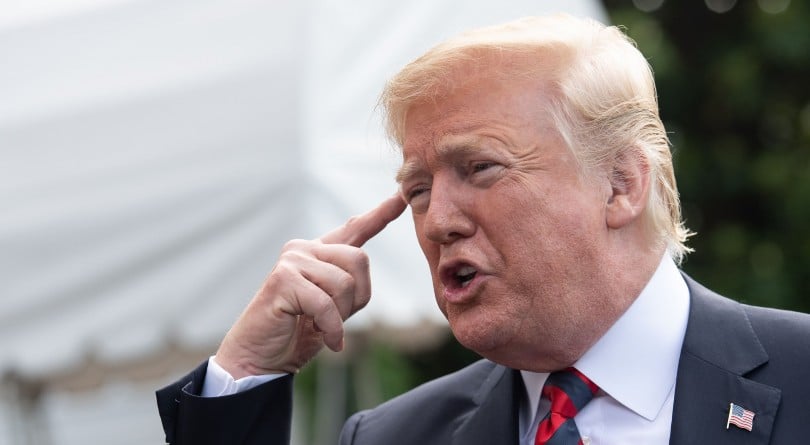 US President Donald Trump speaks to the press before departing the White House for the G7 summit in Washington, DC, on June 8, 2018. (Photo credit should read NICHOLAS KAMM/AFP/Getty Images)

You all have your reasons. Some are furious about domestic policies that lock child asylum seekers in cages. For others, it’s a foreign policy that supports Russia and denigrates allies. Maybe it’s just the man himself, who boasts of assaulting women. Or, it might even be the tariffs, sparking unnecessary trade wars that are killing jobs in the U.S. and abroad. Whatever the reason, you’re reading this because you want to hit back and hurt Trump in the only place he cares about – his wallet. Here’s how:

President Trump has actually made it easy. He has been severely criticized for holding on to his businesses when he came to office. These ventures create a conflict of interest, allowing the President to profit from the office, and for others to bribe him through his companies. Revenue at his Mar-a-Lago resort in the year following his inauguration, for example, increased by $7 million as new members scrambled to get face time with the Trump.

Ironically, those business interests also make this President uniquely vulnerable in ways we have not seen in the modern era. As I’ve argued before, it is futile for western countries to penalize American industries in the hopes it will dissuade Trump from his trade wars – he simply doesn’t care. But, if these countries were to aim at Trump’s personal business interests, he would back down swiftly.

Unfortunately, targeted state sanctions take time. You, on the other hand, can move much faster and are far stronger than you realize. Just ask Roseanne Barr, who recently lost her job just hours after individual consumers threatened the ABC network with a boycott. These same market forces can be applied to Trump.

Below is a list of companies, compiled with the assistance of data collected by the Grab Your Wallet campaign, that are either owned by Trump or sell Trump goods. There are four different ways Canadians can use this list:

1. Start by simply boycotting these businesses.

2. Contact the company to explain why you are boycotting.

4. Send this list to your like-minded friends so they can do the same.

We’ll be keeping the information up-to-date. Already, many companies have stopped selling Trump goods because of public complaints, and there are reports business is declining at many of his hotels and golf clubs. If you see that we’ve missed something, please let us know at letters@macleans.ca.

The following list includes companies that are owned by Trump and his family, as well as companies that sell Trump goods. Companies with an asterisk have a bricks-and-mortar presence in Canada.

This list is a work in progress as companies are added and dropped.