How Justin Trudeau and Andrew Scheer could both lose

Stephen Maher: Without a majority, both the Liberal and Conservative leaders will have failed in key ways, and their parties could push for change 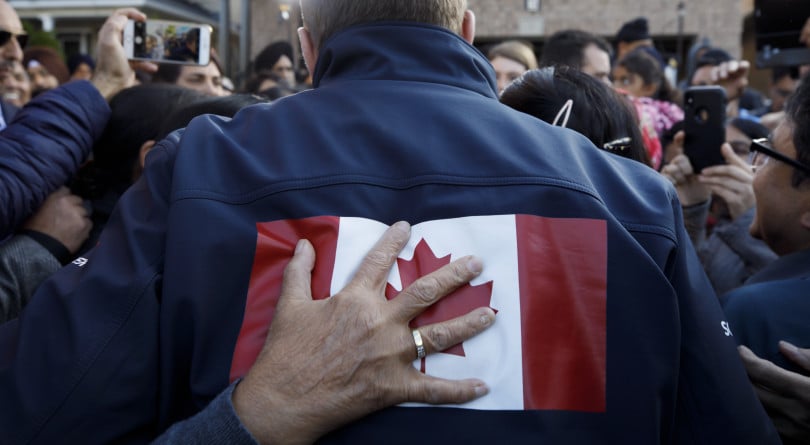 If we finish the day, as seems likely, with a weakened Liberal government, the leaders of both of our big parties will be seen to have lost the election and face uncertain futures in their jobs.

Since Confederation, in 1867, we have not had an election where neither of the big parties won the support of at least a third of Canadian voters, which is what the polls say will happen today.

The Liberals are going to lose support compared to 2015. The NDP will have a similar result. The beneficiary is not the Conservatives, but the Bloc Quebecois, the Greens and the Peoples Party, all of whom are projected to win more votes than last time, however many MPs they get. In this, Canada is following an international trend. Nationalist and Green parties are increasing their vote totals in elections in other democracies, the result of rising anxiety about both immigration and climate change, and a fragmentation of the media landscape that is undermining consensus positions.

It was not inevitable, though, that both of our big parties would lose ground. Justin Trudeau and Andrew Scheer were both fighting headwinds, but both had opportunities to take different tacks that likely would have produced a better result.

For Trudeau, the disappointing outcome appears mostly to be the result of his own failures of judgement, personal and political.

READ MORE: The final 338Canada projection: The most uncertain federal election in decades

This time last year, having delivered a new free trade agreement with the United States, Trudeau seemed assured of another majority. While he had looked foolish on his voyage to India, he had managed to manage Donald Trump, avoiding a devastating trade war. He could make a strong argument that his government had made progress on inequality, climate change and reconciliation with Indigenous Canadians, key issues for the progressive voters who gave him his 2015 mandate.

Then came the SNC-Lavalin affair, a slow motion garbage-truck fire that led to the departure of Jody Wilson-Raybould and Jane Philpott, and raised serious questions about Trudeau’s judgement and political acumen that have not yet been laid to rest.

If Trudeau and his aides thought it was okay to interfere in a corruption prosecution, what else were they up to? And why, once that interference was revealed, did Trudeau fail to take steps to quickly contain the damage and explain himself? His maladroit handling of the affair left those questions open, and if he is to preside over a minority government, they will be explored at leisure by his opponents in the months ahead.

Unless the Liberals manage to win a majority, the other parties will control the committees, and they will surely open inquiries into the SNC-Lavalin affair, demanding documents and forcing officials to testify, pushing the story back onto the front pages, and, depending on what we learn, shortening Trudeau’s career.

Already, Liberals are quietly wondering if they would be better off with someone new at the helm. Foreign Affairs Minister Chrystia Freeland looks like she has the management and communication skills to take over the government tomorrow, although her French is a question and we have no idea about her ability to campaign or organize politically.

Disenchanted Liberals are also no doubt sending gift baskets to Mark Carney, who finishes up as governor of the Bank of England in January. Carney, who has managed the British banking system in the run-up to Brexit without ever seeming to break a sweat, would likely get the job if he is inclined to take it. He is one of the world’s top experts on both banking and climate change, and he has managed to handle Fleet Street’s worst, so he is almost overqualified for 24 Sussex.

I think we would be lucky to have him, although, as with Freeland, we wouldn’t know if he has political instincts until he was in the job.

Scheer’s political future is no more certain than Trudeau’s. Depending on the seat count, he may have to watch for knives. Even if he has a bigger caucus than he did when the writs were dropped, Conservatives will be wondering why he lost an election that seemed to be within his grasp.

Canadians did not warm to the friendly family man during the campaign, as I thought they would. Although his team did a lot of things right, focusing effectively on affordability, which is top of mind for the voters they needed to convince, he was not convincing on two key issues. He refused to speak openly about his views on same-sex marriage and abortion, failing to give comfort to voters who are uneasy with social conservatives.

And the Conservative environmental plan was unacceptable to anyone with any concern about climate change. Scheer put opposition to the carbon tax at the heart of his policy, and failed to promise to replace it with any other meaningful policy, as he could have. You could tell as the campaign went along that it wasn’t working, because he soft-pedalled it and spoke instead, whenever he could, about the need for more pipelines.

As a result, he has more support in Alberta and Saskatchewan than is electorally useful and not enough in Ontario or Quebec, where significant numbers of voters are more interested in the environment than in expanding pipeline capacity.

There is a stark division of opinion between petroleum-producing areas and the rest of the country, which, Conservative strategists would be wise to note, is the bigger part. If Conservatives want to win, they should have a leader who can go to a Pride parade, talk about the environment without sounding like a pipeline promoter and then go on to complain about Trudeau’s many misdeeds.

If there is a push for a change in Scheer’s party, expect the Westerners who have held sway since the party was created to fight like hell to keep a progressive Conservatives from taking the reins.

I don’t think Jason Kenney can move from Alberta back to federal politics, but his side of the party will surely find a champion if the knives come out for Scheer.

Peter MacKay seems to want the job, and he has the experience and connections to build the party out in Eastern Canada, where it needs to grow if it is to win elections, although he is at least as gaffe-prone as Trudeau.

Neither party will want to decapitate itself in the midst of the tense parliamentary gamesmanship that it is an inevitable part of minority politics, but after an election like this, both parties will have no choice but to consider their options.