How motherhood changed the way I look at amber alerts

Sarah Boesveld: Are we so short on empathy that we can’t let another person’s pain into our lives, on the off chance that we might be able to help? 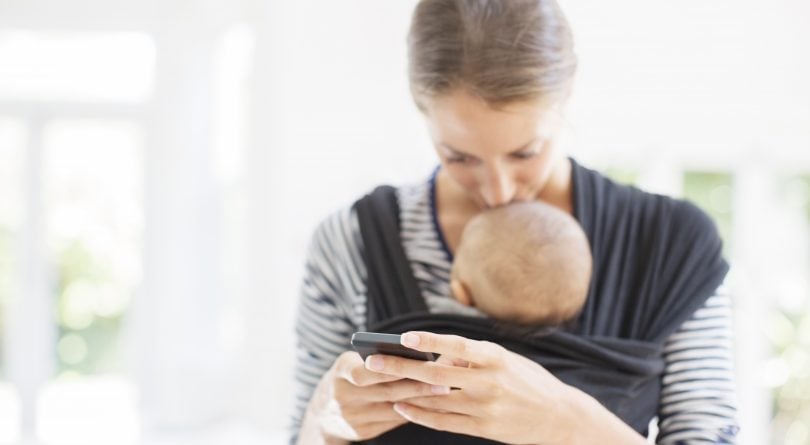 Sarah Boesveld is a writer in Toronto, who has worked for Chatelaine, the National Post and the Globe and Mail.

The semi-familiar alarm sounded through my headphones as I rushed for the train on Tuesday afternoon, along with many others who were also, no doubt, trying to get home to their kids.

Just the first ring of its invasive siren sent my heart plummeting to my feet, now stopped in their tracks. My stomach tightened as I read the amber alert, which took over the screen of my phone. The search was on for five children: Magnus, 14, Eska, 13, Sovereign, 11, Mattias, 10, Evalyn, 5. Their father was supposed to return them. The police were concerned for their safety.

MORE: Amber Alerts work. So why are people complaining about them?

I was pregnant last April when the amber alert system expanded to mobile devices, barely just wrapping my head around the idea that I would soon know what it meant to love a child. The alerts became instantly controversial. Case in point, a quick Google search on “amber alerts” yields the most-searched questions: How do I disable amber alerts on my phone?; Does do not disturb stop amber alerts?

People’s willingness to tune out when there is an amber alert—the prevailing idea of well, there’s nothing I can do— always reminds me of how we continue to treat family violence despite it being 2019. It’s a private matter, even though it’s estimated that about 362,000 Canadian children witness family violence every year, according to a report from Unicef. And yet, when a woman becomes pregnant, her body and choices become a public concern.

Everyone has an opinion about how pregnant women should act whether they’ve been there or not. There is the raised eyebrow if you have a small glass of wine with your dinner, or questions about whether you plan to take drugs during delivery. The tone always carries a note of judgement—Is this woman doing everything she can to keep this future child safe? This continues when your child is a baby, but the older they get, the faster our public interest in their wellbeing fades.

I know from covering violence against women in this country that children are often used as pawns in acrimonious and abusive relationships (children are naturally harmed by witnessing domestic violence and sometimes getting caught in the mix). Parental abduction is one of the more extreme tools in the arsenal of dangerous relationships. In some cases, children also die.

MORE: You are horrible people

Sometimes amber alerts go off in the dead of night, interrupting sleep cycles province-wide. They’ve offended enough people that calls to 911 to complain about the interruption had become a thing, highlighting perhaps not the best of humanity. In July, Toronto woman Dalia Monacelli had 60,000 people to sign a petition for the Ontario government to fine these 911 complainants for clogging up first responders’ phone lines (there is no levy as of yet).

I may not be jumping out of bed and joining a search party when one of those amber alerts blare overnight. But would I be screaming for the world to wake up and help find my child if he were ever taken? Absolutely. The siren on my phone makes me feel guilty for rolling over.

The fact of the matter is, the alerts work. In February, an amber alert woke Ontarians overnight—a call for help to locate 11-year-old Riya Rajkumar. A citizen who’d read the alert spotted her father’s car, and the man was arrested. But his daughter was already dead. This week, these five children were mercifully found safe, and their father, Ian MacDermid was not arrested. (He maintained that they were away on a family vacation and said the whole thing had been blown out of proportion.) Still, the system worked: his car was found as a direct result of the amber alert, and police discovered the family at a rented cottage.

Critics of the imperfect amber-alert system argue that it’s desensitizing Ontarians to danger; that people won’t respond to a blaring notice from the government’s emergency system if their phone warns of an imminent threat like a terror attack or a tornado. But that highlights the problem: Are we so short on empathy that we can’t let another person’s pain into our lives, on the off chance that we might be able to help? Are we really going to treat amber alerts like a pesky notification on our smartphones? The same ones we ignore when news alerts pop up stating that Trump tweeted something outrageous? What are the outer reaches of our capacity to care?

Now that I’m a new mother, I would rather face a tornado, stare down a terrorist and have everyone be so annoyed they feel compelled to call 911, than lose my child. We should make space for amber alerts, on account of their value and the way they challenge us to pay attention to people outside of ourselves. As more and more Canadians live alone than ever before and as technological convenience has its unique way of isolating us, responding compassionately to an amber alert can bring out our best. I like to think we’re morally equipped to hear that siren in the night and wish for safe reunification, rather than stew in our own inconvenience.

The evening after the amber alert, when it wasn’t yet known whether those children were alive or dead, I clutched my son tightly to me as he nursed before bed. He kept pausing and pulling away to smile at me and clap his hands, a new skill he just learned. He doesn’t know the concept of safety yet. If another amber alert blared that night, my heart would sink again, but I wouldn’t complain (not even if it woke my baby up). At least his cry would mean he is with me.