How to grow the economy while also protecting the environment

Opinion: There is $26 trillion to be had in clean growth and the right kind of regulations could help Canadian businesses grab a big share of it 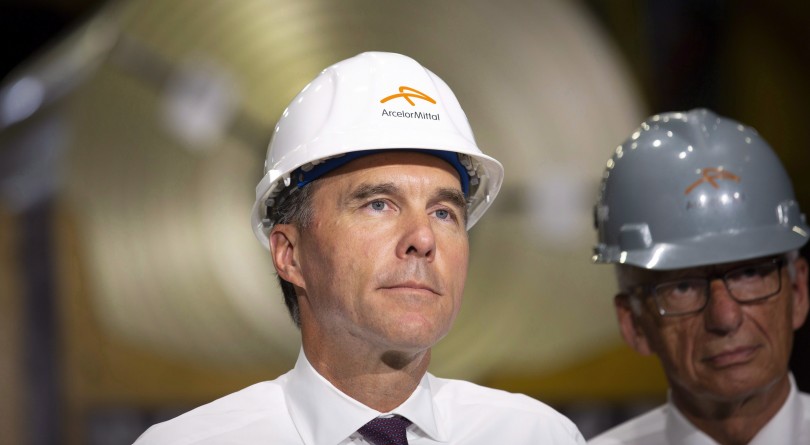 Finance Minister Bill Morneau speaks to the media after touring of one of ArcelorMittal Dofasco's galvanizing mills in Hamilton, Ont., on Tuesday, Aug. 14, 2018. (THE CANADIAN PRESS/Peter Power)

There’s an estimated $26 trillion global opportunity in clean growth coming in the next 12 years, and a trio of new regulatory initiatives from last week’s federal Fall Economic Statement might help Canada grab a bigger share of it through green innovation. If the federal government gets the details right.

The announcement to allow for the immediate expensing of clean energy investments has rightly received the most attention from the business and environmental communities. In fact, it’s surprising that the regulatory reform initiatives have received any attention at all, given they were buried on page 74 of the update and have low dollar figures attached.

Finance Minister Bill Morneau has committed to creating a “Dedicated External Advisory Committee on Regulatory Competitiveness” and a “Centre for Regulatory Innovation”. There is $10 million earmarked to help government incorporate economic and competitiveness factors when designing and implementing regulations.

With the word “competitiveness” mentioned in each initiative’s write-up, it is easy to interpret the government’s intent as weakening Canada’s regulations relative to those of our competitors, in a regulatory race-to-the-bottom. Kevin Carmichael, in a piece in the Financial Post, echoed the conclusion of many in the business community when he stated “deregulation is what the government has on its mind”. Let’s hope that is not the case, as it would be a mistake for two reasons.

First, history suggests that Canadian regulatory reform agendas that are perceived as being about deregulation tend to sputter out. Past efforts, like the Smart Regulation initiative in 2002, were seen (rightly or wrongly) to be aimed at improving business performance and the economy while, at best, ignoring health and environmental concerns. In order for the government to gain the social licence needed to make transformative changes in how it regulates, it needs buy-in from a wider coalition of stakeholders than the business community.

Second, structuring this as simply “deregulation” would cause Canada to chase markets in decline, rather than smartly using regulation to boost Canadian competitiveness in the rapidly growing global markets for clean tech and innovation. The government has set an ambitious goal of increasing overseas exports by 50 per cent to 2025. It is difficult to see how we will accomplish this by simply cutting business costs, though that can help. We need to be tapping into where the global economy is going—by building Canada’s brand as a leader in clean performance and innovation.

This should not be about deregulation. It should be about smarter regulation.

Strong, well-designed and flexible environmental regulations create sizeable domestic markets for new technologies, which helps our homegrown companies in meeting our export targets. This is particularly true when regulations are performance-based and require continual improvements in standards. Research shows that businesses vastly overestimate the costs of strong environmental regulations, and underestimate the benefits for their bottom line.

The sizeable domestic markets that are expanded by well-designed and stringent regulations are crucial for Canadian firms developing and selling innovative technologies. It allows them to lower their costs through both learning-by-doing and achieving economies of scale. This lowering of costs and improving in quality gives them a leg up over their foreign competitors, allowing them to compete for and win global market share. Not only that, but it spurs innovation and boosts competitiveness.

This creates the opportunity for firms like Quebec-based aluminum manufacturer Elysis that has innovated a carbon-free smelting process that eliminates all direct greenhouse gas emissions and replaces it with pure oxygen. This has the potential to eliminate the equivalent of 6.5 million tonnes of greenhouse gas emissions—improving Canadians’ health and our environment while at the same time generating massive export opportunities and good jobs.

That is what we need to be relentlessly focussed on: building the conditions for Canadian companies to compete and thrive in a growing global clean growth economy, while putting rules in place that will protect the health and environment of Canadians.

Business leaders largely recognize what needs to be done to do that. And they recently provided this advice to government in the Resources of the Future Economic Strategy Table report. A group of business leaders from across resource sectors recommended that Canada’s regulatory system be “outcomes-driven, stringent, flexible and predictable” and “designed to improve health, safety and environmental performance, stimulate innovation, boost sector growth and competitiveness”.

We can only hope the government takes the advice of Canadian business leaders in their new regulatory initiatives. We can ill afford to miss a $26 trillion opportunity.