Opinion: After years of 'therapy' that tried to 'correct the error' of his homosexuality, Peter Gajdics has helped spur Vancouver to become the first Canadian city to ban it 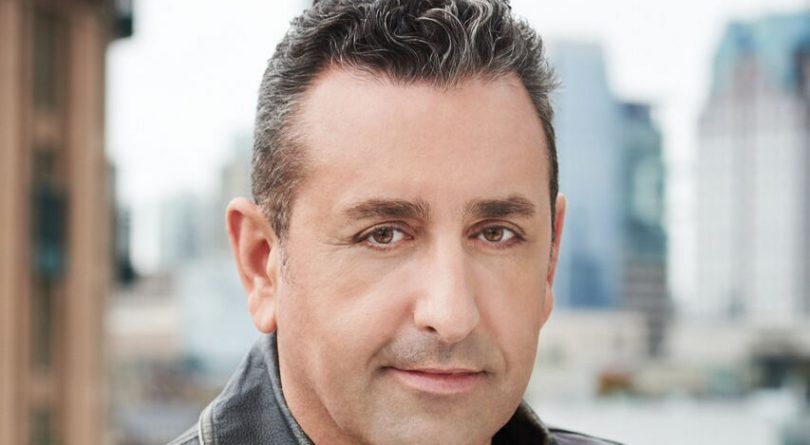 Peter Gajdics is the Vancouver-based author of The Inheritance of Shame: A Memoir, which documents his six-year journey through, and eventually out of, a form of “conversion therapy.”

In 1988, when I was 23 years old, I told my parents I was gay. We had never talked openly about an incident from my childhood when a stranger sexually abused me at a church bazaar, but after I came out to my parents, they told me that a “dirty old pervert” had “seduced” me into becoming a homosexual, and that my now “deviant lifestyle” was “immoral.” They rejected my homosexuality, and forbade me to talk about any of it with them again. Finally, after months of arguments, I fled my hometown of Vancouver the next year and left my family behind.

Soon isolated and deeply depressed, I knew I needed to talk to someone, so my physician referred me on to a psychiatrist for counselling. Trying to “change” my sexuality had never been a consideration, but then my new psychiatrist told me something new: that my history of childhood sexual abuse had “created” my erroneous belief that I was homosexual. With my parents, I had tried my best to refute any correlation between the abuse and my homosexuality, but with the doctor, I could not; he was the “expert,” and I had nowhere else to turn. Very quickly, therapy meant to help me overcome past trauma had turned into a form of “conversion therapy” meant to “correct the error” of my homosexuality—those were the doctor’s words.

Over the next six years, the doctor prescribed near fatal dosages of various concurrent psychiatric medications. He directed me to “release my pain” and to “feel my rage” during prolonged sessions of primal scream therapy; he injected me weekly with ketamine hydrochloride, an animal anesthetic, before “reparenting” sessions where I would lie in his lap like a newborn baby so he could nurture me as my new “daddy.” He even used aversion therapy—exposing me to a stimulus while simultaneously subjecting me to some form of discomfort—all in an effort to help me “flip over to the other side” to my supposed “innate heterosexuality.”

Today, of course, I understand that sexual abuse does not make a person homosexual any more than abuse of any kind makes a person heterosexual, and that shaming anyone about their sexuality, regardless of its orientation, will never help “change” them into something that they’re not; all it will do is increase their shame about who they are already. When I met this doctor, however, I would have believed anything he told me. I was young, and my vision was clouded by years of trauma. All I wanted was to not be in pain. I had trusted him.

Virtually every leading health organization has denounced efforts to “change” sexual orientation, and reaffirmed that attempts to do so could result in serious health risks. The World Health Organization, for instance, wrote in a 2012 position statement that “‘reparative’ or ‘conversion therapies’ have no medical indication and represent a severe threat to the health and human rights of the affected persons. They constitute unjustifiable practices that should be denounced and subject to adequate sanctions and penalties.” But while 34 U.S. cities and counties, as well as 12 states and D.C., have all legally banned “conversion therapy” in the last six years, only the provinces of Ontario and Manitoba—by legal statute and health regulation, respectively—have made any effort to ban these forms of institutionalized torture in Canada.

That might now be changing. On June 6, Vancouver city council approved a motion to ban “conversion therapy” for youth and adults within the city limits. I had approached the city’s LGBTQ2+ Advisory Committee about this issue in early 2017, and proposed that they recommend that the city make some kind of public statement denouncing these “therapies” for all LGBTQ people. Instead, I was delighted when the committee informed me in late 2017 that they’d be doing more than just recommending a public statement: after months of consultations, they submitted a motion, which I helped them draft, recommending the city legally ban the discredited practice of trying to “change” sexual orientation or gender identity. Vancouver has now become the first city in Canada with such a ban.

This kind of legislative intervention is important, not simply because it attempts to prevent the recurrence of these kinds of treatments, but because it thrusts an otherwise furtive practice—commonly known as “conversion therapy,” but also “reparative therapy,” “ex-gay” therapy, even “sexual orientation change efforts”—out into public scrutiny. At times like these, it is important to remember that any government-funded “helping professional” attempting to practice a form of conversion therapy today would never actually bill an insurer for anything even remotely called “conversion therapy.” According to all government billing guides, in fact, no such practice exists, making it that much harder to track and report. Instead, practitioners would bill for “depression” (as my own psychiatrist did to the Medical Services Commission of British Columbia over a period of six years), or perhaps for any other number of “mental disorders,” as categorized in The American Psychiatric Association’s Diagnostic and Statistical Manual of Mental Disorders.

No law is foolproof; people commit acts of inhumanity all the time, no matter what the law. But legislative intervention banning the practice of conversion therapy (or whatever you want to call it) will help—not guarantee, mind you, but at least help—dissuade a therapist from telling their patient that “we can change your sexuality” (or some version of that lie).

Bans like the one just approved in Vancouver—and which have also already been enforced in numerous other U.S. jurisdictions—destabilize a belief system, an ideology, still held by too many people that says gay or trans people are inherently “broken,” by virtue of their homosexuality or trans identity, and must, therefore, be “fixed” (or “corrected,” as my own psychiatrist would have said).

Bans like these tell all people everywhere that there is nothing wrong with being gay or trans. They set the limits of a just and tolerant society. They place the onus on the practice of the therapist, not the sexuality or gender of the patient. They say that we, as LGBTQ citizens, are valued and protected by our government. They even tell us queers that when we struggle with feelings of rejection because of familial ostracism or religious persecution, that our very alienation is not, and has never been, a result of our true nature but the consequence of shame—of being subjected to voices of hatred and intolerance, even, in times past, to being criminalized, pathologized, and institutionalized; maybe even still to this day as a result of trying to “change” ourselves, through extraordinarily brutal and counterintuitive measures, into something we are not: to live a lie.

The truth of the matter is that practitioners of conversion therapies—whether religious-based or, as in my case, secular—prey on the vulnerable and those in need of relief from suffering by turning the desire to belong into a desire to change one’s sexuality. Sexuality and gender are complex issues deserving of serious consideration in any healthy therapeutic situation, but conversion therapy is not even therapy. Therapy, in its purest intent, seeks to help and to heal; “first do no harm.” Conversion therapy, I now know, is nothing more than sexuality abuse: the locus of attention no longer remains on the lies and hatred of the helping professional, but on the person whose sexuality is now under direct attack. In truth, so-called conversion therapy is soul-crushing torture that ends up not even being about “changing” sexual orientation as it is about eradicating homosexuality, silencing it from the bodies of people who are gay. Legislative intervention helps prevent torture.

But the fight is not over. In addition to creating laws that ban these kinds of treatments from continuing, we need to change hearts; unless the heart is changed, the mind will always find some new way to oppress. And we can change hearts, and help change the world a little bit at a time, by telling the truth of our lives—by remembering as a form of healing, and then by speaking up and sharing our truth about what we’ve lived through and what we’ve learned.

Nearly six years to the day that I first met my psychiatrist, I discontinued “treatment.” For the first two post-therapy years I recall roaming the city streets, shell-shocked, not so much wanting to kill myself as feeling as if I were already dead. Slowly, I recovered, withdrew from the last of the psychiatric medications, and then reported the doctor to the College of Physicians and Surgeons of British Columbia. Two years later, after the College’s investigation into the doctor’s practice concluded, I also sued him for medical malpractice on the grounds, among others, that he had treated my sexuality orientation as a disease. I spent the next many years writing a book about the whole ordeal for many reasons—but mainly to resist the silencing effects of shame brought on not only from the childhood sexual abuse I suffered and the lie that it had ever “made” me gay, but especially from the injustice of this “therapy” and the doctor’s actions. I wrote it to speak the truth.

I applaud my hometown of Vancouver by becoming the first city in Canada to take a firm position against these treatments of torture by legally banning conversion therapy. I hope the rest of Canada soon follows its lead.