I was a Reform MP, and I supported Maxime Bernier for leader. Here's why he'll fail.

Opinion: Monte Solberg, a longtime Conservative MP who also served for the Reform Party, saw firsthand why Bernier's plans for a new party are doomed 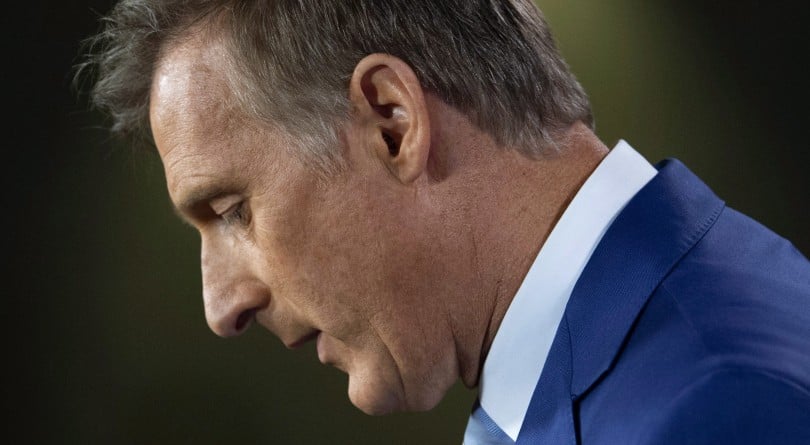 Maxime Bernier announces he will leave the Conservative party during a news conference in Ottawa, Thursday August 23, 2018. THE CANADIAN PRESS/Adrian Wyld

Monte Solberg is a principal at New West Public Affairs. He was a member of Parliament for the riding of Medicine Hat for the Reform Party from 1993 to 2000, for the Canadian Alliance from 2000 to 2003, and for the Conservative Party from 2003 to 2008, for whom he served as minister of citizenship and immigration and of human resources and social development.

In about 2006, I held a fundraiser with Maxime Bernier at the home of a wealthy Ottawa businessman. It went well, and we were told that we should take our Alberta-Quebec act on the road. At the time, I was the new immigration minister, and he was this dashing young libertarian industry minister from Quebec, and he was just fun to work with. That’s the Max I know, the Max I liked as a colleague. That was the Max I quietly supported for the leadership of the Conservative Party of Canada last year.

After all, Maxime has the entire Swiss Army knife set of political tools. He is warm, friendly and charming in both official languages, with a ready laugh. He runs marathons and looks great doing it. Unlike his early years, he knows most of the issues and comments on them knowledgeably. Most important of all, he is idealistic. Believing you’re there to accomplish something important is what gets politicians through the inevitable storms.

But everything changed after he came within a hair of winning the Conservative leadership. Since then, he has been signalling his unhappiness. For months, Max has been on political palliative care with a note pinned to his chest that said do not resuscitate—allegedly written in his own hand, though we can’t be sure. If he hadn’t pulled the plug himself as he did on Aug. 23, announcing he would be quitting the Tories to start his own splinter party, foul play would have been suspected, and the entire Conservative caucus would have been hauled in for questioning.

It’s not as though the leadership race’s winner, Andrew Scheer, had done anything wrong. His whole strategy was to be steady and non-threatening, and month by month, the party gained in the polls. So apart from being miffed about losing, Max’s sniping didn’t make sense, and it didn’t reflect well.

He has used Twitter and his blog to push policy ideas and to provoke, which annoyed his colleagues—even the ones who supported his leadership bid. He was not going to fall quietly into line like other leadership contenders had done. He was going to demonstrate that he was the gallant warrior for freedom, and that he would outshine Scheer by pointing out all the ways that the party wasn’t conservative enough.

For a while, his legions of supporters even cheered him on. For instance, he took on Liberal MP Celina Caesar-Chavannes and the sanctimony of some of her own tweets. But the whole while, it was clear that he had one foot in the caucus and one foot out. He had written a book that was critical of Scheer for recruiting dairy supporters in Quebec who are “fake conservatives,” and after promising not to, he published an excerpt on his website. The caucus—the party’s leader and his colleagues—was furious. At that point, his demise may have been fated. The infamous diversity tweets came last, gifting the Liberals an opportunity to paint Conservatives as intolerant—and then came his press conference where he accused his peers of corruption and not being conservative enough.

READ MORE: If the Conservatives showcase their team—rather than the leader—they can win

It’s obvious now that other things were at play: Max just couldn’t accept he had been bested by Andrew Scheer, the man he just described as being weak. And now, he is doomed to be like Winston Churchill’s father, Lord Randolph, who famously resigned his position as Chancellor of the Exchequer under Lord Salisbury, believing his base of support in the House of Commons would position him to be the next prime minister—but fading away once he left the House and the caucus. 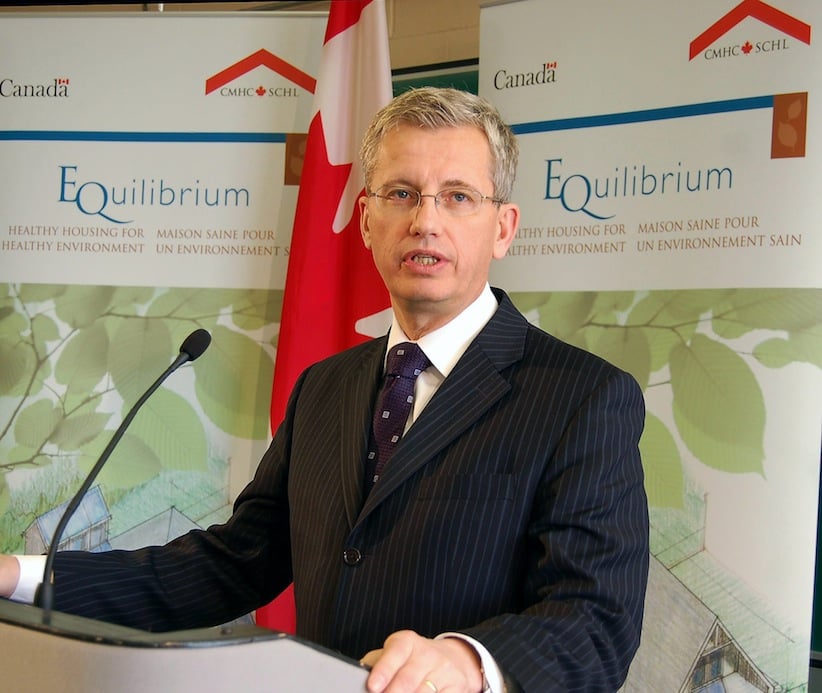 Monte Solberg, then the Minister of Human Resources and Social Development Canada and Minister responsible for Canada Mortgage and Housing Corporation, makes an announcement in 2008. (CMHC)

Bernier’s idealism, as he will surely soon discover, must be tempered by judgment in politics. And critically, these recent events indicate that he doesn’t seem to know when to wait, defer, deflect or compromise—all essential skills in politics. You can’t die on every hill. You need the wisdom to know when it is best to back away, no matter how tempting it would be to engage, because engaging might send the wrong message about priorities—and, lately, about whether you even understand the Canadian cast of mind.

Max was so desperate to be acknowledged as being right on the “limits of diversity” that he missed the larger point. Millions of Canadians who probably agree that there are limits to diversity still don’t want the matter dragged into the public square for vivisection; it is unseemly to do so. We all know that the subjugation of women is wrong, even if it is permitted in other cultures. But as most Conservatives know by now, these things should be handled gently and quietly, preferably by a woman, at the right time, and using the right language. Not all issues are equal. They can’t all be approached the same way.

But now Max says he is going to start his own party. Well, let’s just say he’s in tough. I’ve been through that a few times, after all; I’ve seen it up close.

READ MORE: Conservatives can win if they take aim at Liberal incompetence—not the culture wars

Preston Manning’s Reform Party started in 1987 but didn’t run a full slate of candidates until 1993, my first election. Preston and his tiny team crisscrossed the country searching for candidates, providing training and communicating in the form of monthly fireside chats sent out on cassette tapes. That’s how we learned the right tone and messaging in speaking to difficult issues while driving from church basement, to community hall, to kitchen table.

But in 1993, the Reform Party was brand new. In some ridings there were only a few members, meaning the more forceful personalities could easily push themselves forward as candidate material. As Preston often said of the Reform movement, a bright light attracts a lot of bugs. It turned out to be true.

As the 1993 election approached, the party’s executive council routinely disqualified aspiring candidates who had—shall we say—exotic beliefs. But they couldn’t root them all out. The candidate for York Centre in Toronto gave a mid-election interview to the CBC and said unfortunate things about immigrants. Preston immediately distanced himself—but it was too late. The Reform wave crested and then troughed in Ontario. Instead of winning several seats, we picked up just one. And that was before social media and today’s minute-by-minute scrutiny.

Imagine scores of outspoken candidates in the new Max Freedom Party, committed to unbridled free speech on any subject, commenting on immigration, diversity and abortion. To succeed, that party would soon find they needed to rein in candidates and keep them away from certain topics. In other words, it would become a party like the one Maxime just left.

As Waylon Jennings once sang: I’ve been a long time leaving, but I’ll be a long time gone. It will be a fitting political epitaph for Max. He has now departed his familiar political world—and I doubt that he has gone to a better place.