Indigenous leadership is crucial to protecting the planet

Murray Sinclair: Indigenous peoples have lived in balance with ecosystems since time immemorial. Our wisdom does not privilege humans above all other beings—a spirituality of humility, not dominion. 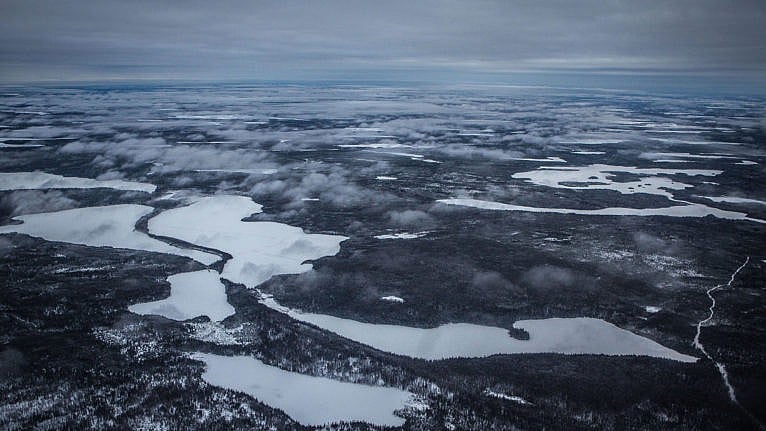 Senator Murray Sinclair served as chief commissioner of the Truth and Reconciliation Commission, whose report includes 94 calls to action to advance reconciliation in Canada and address the legacy of residential schools.

In 2021, we must act to protect the environment. In many places, including the globally important Amazon rainforest, this ambition would be enhanced by compliance with international laws protecting Indigenous peoples’ inherent rights. To realize our potential as an environmental steward, Canada must do more to uphold and enforce Indigenous constitutional and inherent rights, including rights to self-government, to land and to the protection of resources. Canadians can benefit from Indigenous leadership in understanding values and policies based on reciprocity with the natural world. Canada can become an environmental leader by becoming an Indigenous rights leader.

Science increasingly affirms what Indigenous peoples have always known, and what many Canadians are rediscovering: everything is connected. This is true not just of you and I, but of all life forms of Creation. This is why my people, the Anishinaabe, use the term “nii-konasiitook,” which means “all of my relations,” when speaking. It reflects the belief that all people owe each other as well as the environment, including animals and plants, a duty of respect. In turn, a healthy environment provides for our well-being, through clean air and water, plentiful food and favourable weather. The respect is mutual.

When we act with respect for other beings, we also act with self-respect, and in humanity’s long-term interests.

This relationship of reciprocity requires sustainable ways of living. Indigenous peoples have lived in balance with ecosystems since time immemorial, preserving natural bounties for future generations. We have done so out of love for our descendants, and love for the community of life around us. Our wisdom does not privilege humans above all other beings—a spirituality of humility, not dominion.

The pandemic of 2020 has demonstrated the effects of the opposite approach. Dr. Jane Goodall said about COVID-19’s origins: “We have brought this on ourselves because of our absolute disrespect for animals and the environment. Our disrespect for wild animals and our disrespect for farmed animals has created this situation where disease can spill over to infect human beings.” Disrespect for our environment has also brought worsening climate change, mass extinction and pollution.

In Canada, the federal government has tried to address environmental problems. Measures have included the carbon tax, marine habitat protection and single-use plastic restrictions. These are positive steps, although they fall far short of scientific necessity. These insufficient measures have also been hard won, with one major federal party seeking to reverse the gains. In addition, economic progress has been used to justify environmentally counterproductive projects like resource exploitation and oil pipelines. Cruel and reckless practices of industrial farming still remain politically untouchable.

The incentive structures of our electoral and corporate systems promote short-term economic benefits, not long-term well-being. As Indigenous governments and legal systems reclaim their role in Canada, this restoration can help achieve rational environmental planning. For example, we may see Indigenous laws that lift up the land, water and animals, in contrast with European-style systems that privilege humans and corporations over all such beings, considered as property.

An exciting idea is environmental personhood. In 2008, Ecuador protected the legal rights of nature in its constitution. Bolivia passed a similar law. In 2017, New Zealand’s Whanganui River was granted legal rights, as were India’s Ganges and Yamuna rivers. In 2019, Bangladesh granted all its rivers the same legal status as humans, and Toledo, Ohio, recognized the rights of Lake Erie. Indigenous thinking has no problem with such ideas. There are however those who criticize such steps as legally illogical, while failing to appreciate that inanimate corporations are legal “persons.”

Indigenous jurisdictions and ideas have the potential to alter how we approach nature in Canada and beyond, on a scale to make a difference. Unfortunately, five years after the calls to action of the Truth and Reconciliation Commission, Indigenous peoples have not seen the governmental determination required to change colonial laws and realize our rights. A demoralizing example is the persistence of boil water advisories in 41 First Nations communities, including Neskantaga, in northern Ontario, where an advisory has been in place for 25 years.

The planet needs Indigenous leadership, and we have no time to waste. In 2021, the federal government must act with courage and honesty to advance reconciliation in a serious way. All our relations stand to benefit.

This article appears in print in the January 2021 issue of Maclean’s magazine with the headline, “Leadership for all our relations.” Subscribe to the monthly print magazine here.