Opinion: Healthcare treatment isn’t being delivered equally to all people across Canada—and major work lies ahead to make that a reality 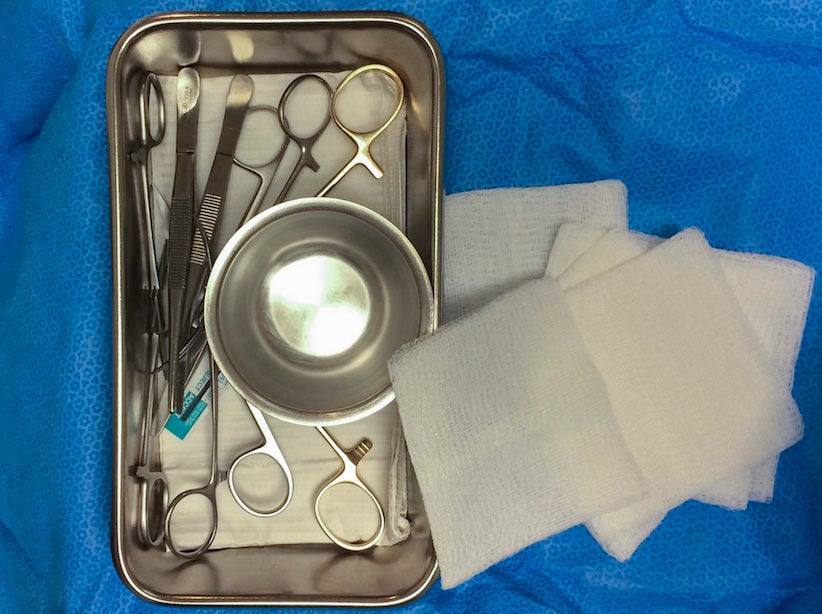 Surgical tools are shown in an operating room in a hospital near Montreal on Thursday, November 23, 2017. (Graham Hughes/CP)

Yvonne Boyer is the associate director at the University of Ottawa Centre for Health Law, Policy and Ethics, and a professor of law. She has written extensively on the Aboriginal and treaty rights of Indigenous people and how the law and health intersect.

Healthcare has not been experienced equally by all Canadians.

That may be surprising for many to learn. But Indigenous women, for example, have been coerced into sterilization during routine care in our health system as recently as 2015. Last year, the Saskatoon Health Region commissioned an external review on coerced sterilizations, and I co-authored this report with Dr. Judith Bartlett, a Métis physician, which details the sterilizations of seven Indigenous women in that region.

Our report describes the women’s experiences being coerced after childbirth into tubal ligation—the surgical sterilization of a women by severing through, burning or cutting and tying of the fallopian tubes. Some were coerced into signing consent forms either while in active labour or on the operating room table. Many of those who underwent the procedure believed it was reversible; it is in fact considered a permanent procedure.

In September, a class-action lawsuit against the Saskatoon Health Region was launched by two of the affected women, each claiming $7 million in damages. Nearly 40 women have since joined the lawsuit.

Unfortunately, the sterilization report is only the tip of the iceberg for the inhumane treatment of Indigenous people in our health system.  When news of the report ricocheted across the country, numerous Indigenous people from outside of Saskatchewan have come forward describing in detail the horrors they have experienced in Canada’s healthcare system. Their accounts have included racist assumptions by health practitioners that an Indigenous person is drunk rather than suffering from low blood sugar as a diabetic; refusal and poor quality of care; denial of organ transplantation; and coerced sterilization and abortions.

An Anishinaabe woman from Ontario wrote to me and attested to a coerced abortion and tubal ligation at 18 years old, very much against her will, stating that the Children’s Aid Society insisted they would take the baby “one way or another.” The Saskatoon Star Phoenix recently reported that when Morningstar Mercredi was a young woman, she was six months pregnant and went to a Saskatoon hospital because she was having pain. She was anesthetized, the baby was aborted, and she was partially sterilized. She was not given any explanation as to what happened to her and her unborn baby, but believes this harm was inflicted on her because she is an Indigenous woman.

What can be done to stem the tide of coerced sterilization and other poor treatment that seems, even now, to happen to Indigenous people across the country?

WATCH: Why Indigenous children are overrepresented in Canada’s foster-care system

Indigenous peoples carry intergenerational trauma from the residential school system. The policies that governed the schools were rooted in racism, colonial superiority and wardship beliefs. These views exist in the policies we have in place today and form the core structure that perpetuates the inequalities between the Indigenous  and non-indigenous populations. A substantial power imbalance results and exists between non-Indigenous health care providers and Indigenous peoples, which underpins their negative experiences in the health care system—yet this problem is not well-understood, or even perceived, by many health professionals.

In 2015, the Truth and Reconciliation Commission of Canada (TRC) released its report and 94 calls to action to begin repairing the relationship between Canada and Indigenous people.  The government has committed to advancing this process of reconciliation. It is long past time to start on the journey.

One key step would be for Canadians to demand structural changes in health care to begin to address injustices in quality, access and outcomes for Indigenous peoples. Indigenous people must become co-designers in developing health services that will meet their needs. Restructuring must include adequate funding and support and not simply become an Indigenous “add-on” to an already broken system.  We need a new vision of our health system that includes Indigenous peoples designing, drafting, planning, implementation and monitoring.

Indigenous-governed and -operated comprehensive traditional healthcare that incorporates western primary healthcare centres and systems are emerging in Canada. For instance, in Winnipeg, the Aboriginal Health & Wellness Centre (AHWC) has a community board that provides governance and oversight for 12 major programs, including clinical services funded through a health authority. The AHWC’s clinical program are connected with and participate in training with the provincial regional health authority’s other 10 Winnipeg community health centres. Primary care blends traditional healing and uses a holistic approach with a medicine wheel model to address the physical, mental, spiritual and emotional health of the Indigenous people they serve. And in British Columbia, the First Nations Health Authority is an effective province-wide health authority that is responsible for the planning, management, service delivery and funding of all healthcare, in partnership with First Nations communities.

Jane Philpott and Carolyn Bennett, the federal ministers who both work in an overlapping capacity on the Indigenous file, have acknowledged that “the current state of Indigenous health is a direct result of government policies in our collective past.” They have also both stated their commitment to reconciliation in health care.

But big tasks await. We must redesign the policy structure that delivers health care to make it inclusive of the constitutionally protected rights of Indigenous peoples in Canada. We must remove the outdated guardian and ward theories and colonial superiority structure and replace them with a structure that implements Canada’s unique constitutional obligations. Canada’s health policies and guidelines affecting Indigenous health must be examined to ensure that they reflect the fiduciary link that the Supreme Court of Canada has stated properly characterizes the Crown-Indigenous relationship.

So it’s a good thing that the federal government says that it is on board. Now it’s time to bring their promise to fulfillment through action.