Is Beijing sticking its nose into the election campaign in Markham?

Marcus Kolga: For the sake of democracy, voters in the Markham-Unionville riding should ask their local candidates about their positions on human rights in China 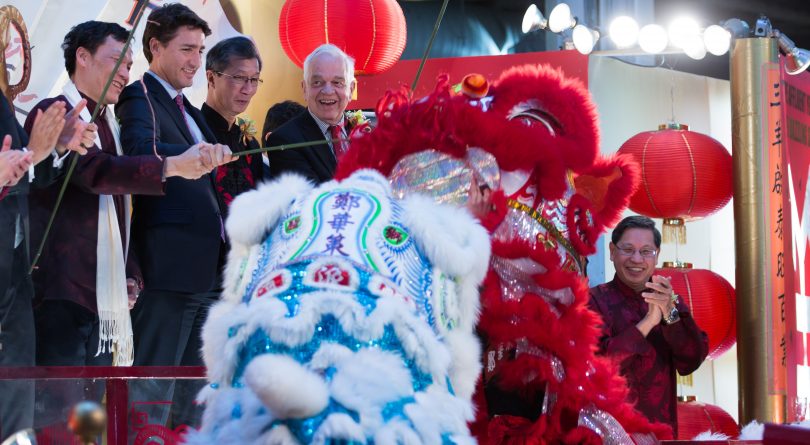 Marcus Kolga is a writer, documentary filmmaker, human right activist, foreign influence analyst and a resident of Unionville. He is a senior fellow at the Macdonald-Laurier Institute’s Centre for Advancing Canada’s Interests Abroad.

The suburban Toronto community of Markham has become ground zero for Chinese government influence operations in Canada, which aims to manipulate and subvert Canadian debate on both domestic and foreign policy that intersects with Chinese interests.

Markham, one of Canada’s most ethnically diverse cities, is home to 100,000 Chinese community members who have become the focus of domestic and foreign disinformation efforts in this election. Recent reports have exposed efforts to target this community with false narratives about illegal immigration and government plans to legalize hard drugs, which have been promoted in Chinese-language local Conservative campaign material, Facebook ads and on the popular Chinese social media platform WeChat.

The community is also deeply divided among those who support greater freedom and democracy for Hong Kong and those who—through coercion, economic necessity or fealty—support the Chinese Communist Party and regime.

This split was most recently evidenced, when pro-regime forces organized an anti-Hong Kong democracy rally in Markham in August to counter pro-democracy groups who have rallied in support of demonstrators in Hong Kong. Of note, the anti-Hong Kong rally was attended by a former influential Ontario cabinet minister, and Markham-Unionville MPP, Michael Chan.

Chan was named in an explosive 2015 Globe and Mail article about Chinese regime influence in Canadian politics. The report claimed that CSIS, Canada’s intelligence agency, briefed Ontario officials about Chan, who according to them “had developed too close a relationship with China’s consulate in Toronto, raising fears the minister was susceptible to interference from Beijing that could put Canada’s national interests at risk.”

Chan denied the allegations, writing in an open letter that the claims were “offensive and totally false.” He later slapped the Globe and Mail and leading Canadian China expert, Charles Burton, with a lawsuit.

MORE: China’s disregard for the rule of law strikes too close to home

In addition to its crackdown in Hong Kong, Beijing has also faced international criticism for its mass violations of human rights in the Western Chinese region of Xinjiang, where authorities have detained and imprisoned one million ethnic Uyghurs in concentration camps, where they are reportedly subjected to slave labour for Chinese entrepreneurs. Among them is Canadian-Uyghur, Huseyin Celil who has suffered in Chinese prisons since 2006.

With one of the largest Chinese constituencies in Canada, it is remarkable that these issues (including the detention and torture of two Canadians, Michael Spavor and Michael Kovrig as part of Beijing’s Huawei hostage-diplomacy) have been largely dismissed by local federal election candidates.

At a local election debate last week, candidates were asked about whether they supported Hong Kong’s pro-democracy movement and if they condemned the ethnic cleansing of Uyghurs taking place in Xinjiang. Both Liberal candidate Alan Ho, and incumbent Conservative MP Bob Saroya, stated their support for human rights and free speech. Unlike their own party leaders, however, they failed to condemn the brutal violent crackdown on peaceful demonstrators by the Hong Kong and Beijing governments. Instead, both Saroya and Ho echoed Beijing’s warnings against Canadian interference in Hong Kong affairs.

“We have to make sure that we are not interfering with some of those governments,” warned Saroya. Ho sidestepped criticizing Hong Kong police brutality, telling the audience instead that “we need to focus on the real issues that Hong Kong faces under [a] ‘one country, two systems’ model. Like education, jobs, that kind of thing.”

Ho, never veering far from the script in a binder laid out in front of him, criticized Saroya for accepting a fully paid trip to China by the Communist Party in 2018.

Gloria Fung, President of Canada-Hong Kong Link, a non-profit Hong Kong diaspora advocacy group, is deeply concerned about undue foreign influence and of Canadian organizations that are linked to the Chinese government. Of those MPs who accept Communist Party funded travel to China, she warns that “there are no such things as free trips—you have to pay them back later.” Her organization is calling for legislation that would curb foreign influence and expansion of Canadian Magnitsky sanctions to target those authorities who are responsible for violent crackdown in Hong Kong.

When Mr. Ho appeared at my door while canvassing last week, I used the opportunity to ask him about his own travel to China and his position on China’s human rights abuses.

“Seven years ago, when I brought to Markham the world’s longest [dancing] dragon, I went to China three times, all at my own expense,” he told me.

When I asked him about mass Chinese human rights abuses against one million Uyghurs in Xinjiang, Mr. Ho suggested that it could be “fake news,” despite countless reports confirming it by western international human rights organizations and mainstream media. Mr. Ho told me that we should “be careful about a lot of messages, because a lot of people are spreading fake news, wrong messages, even here,” he explained.

Mr. Ho’s campaign stated later, in an email, that he had misunderstood the pronunciation of the word “Uyghur,” and therefore didn’t understand the initial question. Yet the Ho campaign failed to condemn the Chinese government for its campaign against the Uyghurs. Mr. Saroya never responded to requests for interviews.

Local Green Party candidate, Elvin Kao, did write on Facebook that he supports imposing “export controls on military, social surveillance, and crowd-control-related technology” as well as Magnitsky sanctions against those authorities “who are responsible for violation of human rights, rule of law and autonomy in Hong Kong,” positions which are shared by the NDP in response to a questionnaire sent out by a coalition of pro-democracy Hong Kong advocacy groups.

As truth and facts fall victim to candidates who pander to groups aligned with Beijing, the erosion of our democracy may not fall far behind. Every Canadian voter can help protect it, by asking local candidates about their positions on human rights in China, and Canada’s policy towards them. By doing so, we remind those candidates that core Canadian values of human rights, democracy, freedom and rule-of-law do matter, and that we expect our political representatives to respect and defend them.