Is carbon tax the answer to Canada's climate-change woes?

Michael Bernstein: We don’t all have to stop flying, swear off meat or close down our heavy industry to address climate change. Instead, we already have a better solution—an economy-wide carbon tax. 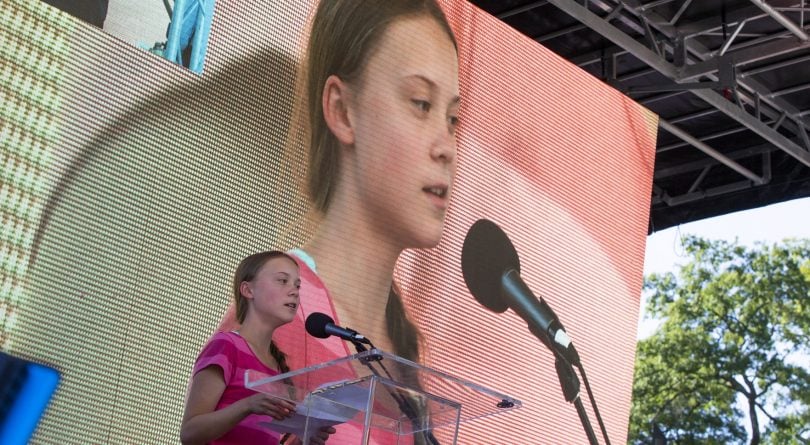 Michael Bernstein the is executive director of Clean Prosperity, an independent non-profit that supports market-oriented solutions to climate change.

Sometimes, it takes a child to say out loud what we all know to be true in our hearts. And when it comes to climate change, and the need to do more about it, there isn’t a kid on earth who’s been saying it more loudly than Greta Thunberg, the 16-year-old Swedish teenager whose decision to take time off school to protests against climate change triggered a wave of climate strikes at schools around the world.

And while the teenager’s message about climate change is powerful, it’s the unusually blunt way in which she communicates it, which has made her an international sensation. “You say you love your children above all else, and yet you’re stealing their future before their very eyes,” she said at the U.N.’s Climate Change Conference, in December of 2018.

Since then, she’s also criticized a growing list of powerful European leaders, from EU president Jean-Claude Juncker to British Prime Minister Theresa May, for their unwillingness to do more about climate change.

According to Greta, Germany’s plan to get off coal by 2038 is “absurd,” while the EU’s plan to cut emissions by 40 per cent from 1990 levels by 2030 isn’t nearly good enough. “This target is not sufficient to protect the future for children growing up today,” she said. “If the EU is to make its fair contribution to stay within the carbon budget for the 2-C limit then it needs a minimum of 80 per cent reduction by 2030, and that includes aviation and shipping.”

And Greta practices what she preaches. She gave up eating meat, and convinced her parents to do the same. She also gave up flying on commercial airplanes, a decision that complicated her invitation to the UN Climate Change conference in September. But no matter: Greta hopped a ride on a zero-emissions racing boat and made her way across the Atlantic.

As a result, Greta will be in Montreal later this month as part of a large youth climate strike that will take place in cities across Canada and around the world. The protests will call for much bolder climate action, and if past protests are any indication, you’ll likely have some of the protesters calling for things like an immediate end to fossil fuel production or the consumption of meat. Greta may even be the one making those calls.

Her sense of urgency when it comes to climate change is something that’s critically important for Canadians to hear. But it’s also important for them to know that we don’t all have to stop flying, swear off meat, or close down our heavy industry to address climate change. Instead, we already have a much better solution: an economy-wide carbon tax and rebate. And while putting a price on pollution may not be as exciting or attention-grabbing as some of the lifestyle changes Greta has made, it has already proven to be effective at reducing emissions.

That evidence has been provided by a wide array of economists, including all living former chairs of the U.S. Federal Reserve and the most recent Nobel Prize winner. But it’s not just the policy wonks that like carbon taxes. They have also been embraced by business groups, oil companies like Suncor and Cenovus, and even spiritual leaders like the Pope. That’s because they all understand that carbon taxes are the best way to help everyone—small businesses, households, and large industry—transition to a cleaner economy.

Putting a price on carbon pollution gives every Canadian business a clear incentive to reduce their emissions, while protecting their right to decide how they want to run their household or business. A carbon price can also rise gently over time, so that changes to our individual lifestyles, or our economy as a whole, can happen gradually.

Over time, more of our homes and cars will be powered by renewable energy rather than fossil fuels, a shift that will create jobs and economic opportunity while reducing our emissions. The transition that Greta wants to see will still happen—just not overnight.

But if she wants to speed it up a bit, she can use the spotlight that will be shining on her and the other climate strikers to illuminate the climate plans of the political parties running in this October’s election. Polls have repeatedly shown that climate change is at or near the top of the list of priorities for Canadians, and three of the major parties support a carbon tax and rebate.

We all have an opportunity to cast a ballot for the kind of future Greta wants—and it’s time to take advantage of it.

Maclean’s is one of more than 250 media outlets participating in Covering Climate Now, an international journalism initiative co-founded by The Nation and Columbia Journalism Review. We will be publishing and sharing original coverage all through the coming week in the lead-up to the UN’s Climate Action Summit, to be held in New York on September 23. The summit is an attempt to spur world leaders to develop new plans to reduce carbon emissions by 45 per cent over the next decade and reach a target of zero net emissions by 2050.
FILED UNDER: carbon tax climate change climate change policy Editor's Picks Greta Thunberg