Bee Quammie: Ian Fleming created Bond in Jamaica, and romanticized the country. Did he ever reckon with its realities? 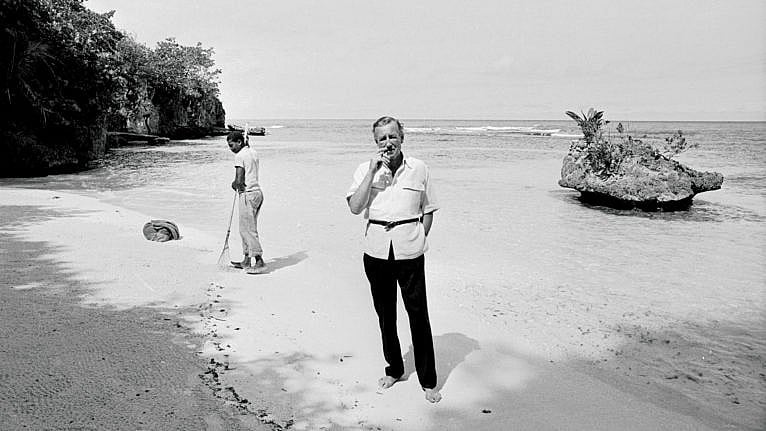 This story was originally published in print in February 2020.

During a trip to Jamaica when I was 11, my father took me to lunch one day with my aunts and uncles. As often happens when two or more members of my family get together, the playful teasing began.

“Fariegn couldn’t betta dan yaad!” my father’s siblings joked. That day, the ribbing centred around my father’s decision to leave Jamaica for Canada, and how what his new home lacked in tropical sunscapes, it made up for in frigid snowstorms. My Uncle Al, always a gentle soul, chimed in: “Canada nice, yes, but you see how much tings Jamaica create and inspire?” I knew there was jerk chicken. Reggae music. Bob Marley even! “And nuh figet James Bond!” my Aunt Janey said.

“James Bond? Who’s that?” I asked. With that question, I learned all about my aunt’s favourite film character—a roguish and debonair spy known the world over who was created right there in Jamaica.

RELATED: James Bond: The evolution of an iconic franchise—and the coolest secret agent of all time

Sir Ian Fleming, a British naval intelligence officer turned novelist, found his way to Jamaica in the 1940s. Goldeneye, Fleming’s estate on the island’s northern coast, was a site of inspiration (he wrote all 13 Bond books in his bedroom there) and escapism (he hosted famous friends such as Britain’s prime minister Sir Anthony Eden, Katharine Hepburn and Truman Capote). Years after Fleming’s death in 1964, Goldeneye was sold to Bob Marley, who then sold it to music industry titan Chris Blackwell, whose mother Blanche was a close confidante of Fleming’s.

Fleming’s legacy lives on in Jamaica, in national namesakes such as James Bond Beach and the Ian Fleming International Airport. From Bond’s favourite breakfast of scrambled eggs and Blue Mountain coffee, to the settings of Bond novels Dr. No, Live and Let Die and The Man With the Golden Gun, to the actual shooting location of numerous Bond films, Jamaica has been immortalized as a silent character within the Bond universe. Even as we look to the future of the Bond franchise and the casting of Lashana Lynch—a British actress with Jamaican roots—as Bond’s co-00 agent, the connections between the island and James Bond remain.

However, that silence gives me pause. As a Jamaican-Canadian, I’m always sensitive to the ways my land of heritage is regarded. What stereotypes (both negative and positive) need to be challenged? Is Jamaica’s attachment to Bond reciprocal, or are other parties taking more from the island than they give? 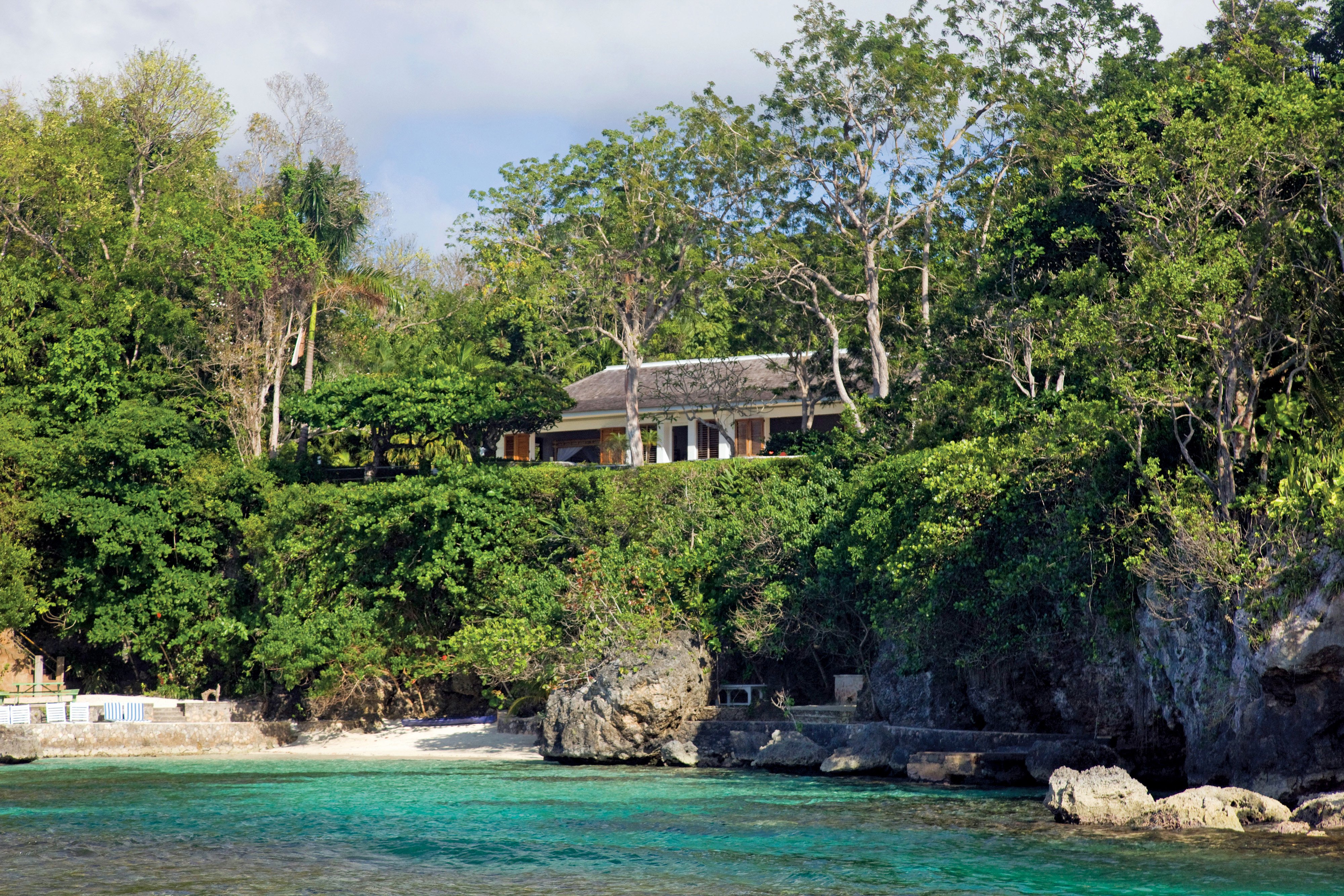 It’s said that thanks in major part to Fleming, Goldeneye and the author’s slate of notable guests, Jamaica has been branded a world-class tourism gem. In 2018, the island earned US$3.3 billion from 4.32 million visitors, and that number is only set to increase as Jamaica undergoes further resort construction projects in 2020 and beyond. Goldeneye still plays a role in Jamaica’s tourism landscape—under Chris Blackwell’s ownership, it has developed into one of the island’s premiere luxury resorts, providing that same escapism that Fleming sought in the ’40s. I think about my family and friends in Jamaica who are able to put themselves through school and raise families through work in the tourism industry, and I am glad for them.

READ: Lashana Lynch in ‘No Time to Die’ is a sign the 007 franchise has turned a new page

But I also recognize a dissonance in crafting a narrative of Jamaica as a hidden paradise where visitors can escape their stresses and problems. The reality for many Jamaicans is one that doesn’t often afford the ability to drop one’s struggles at the door of a fancy resort for a week or two, and a constant romanticization of Jamaican life glosses over these realities in a frustrating way. Did Fleming recognize and reckon with how his idealistic Jamaican experience juxtaposed with those of born-and-bred Jamaicans (and not just the monied ones like his friend Blanche Blackwell)? Or did he only see the island as a personal paradise, a retreat from the U.K. winters and a haven that allowed him the mental relief to create one of the world’s most iconic characters?

It looks like the current iteration of Goldeneye has taken that question into consideration. In a 2018 interview with the Telegraph, Chris Blackwell said, “People come to Jamaica, go to their hotel, eat breakfast, lunch and dinner, never leave. We encourage our guests to see people and places. It’s bad for our balance sheet—but it’s important to get out, to understand that where you are is a community, not just a destination.”

The timing of Fleming’s love affair with Jamaica is also interesting. He was most active on the island in the years leading up to its independence from Britain, passing away shortly after the island gained independence in 1962. In a New York Times article from 2008, David G. Allan posited that Fleming’s witness of an evolving nation and his reverence for colonial Jamaica affected the writer’s literature, and Bond became the mouthpiece for his own feelings. In his final Bond novel, The Man With the Golden Gun, Fleming reminisces through Bond about his “many assignments in Jamaica and many adventures on the island…the oldest and most romantic of former British possessions.” With my proximity to Jamaica complicated by family history and immigration, the questions of who Jamaica “belongs” to and who tells its stories are ones that weigh heavily on my mind.

My hope is that the exposure Jamaica has received through Fleming and Bond may help nurture similar exposure for Jamaican creatives themselves. Imagine a budding novelist on staff at a resort like Goldeneye—perhaps they will craft the next great literary and cinematic franchise with Jamaica as their inspiration, giving Fleming’s silent character the voice it deserves.

This article appears in print in the Maclean’s James Bond special collector’s edition, with the headline, “Fantasy island.”