We will continue to fight for B.C.’s interests, and stand up for our people, our province, and our future, writes the B.C. premier 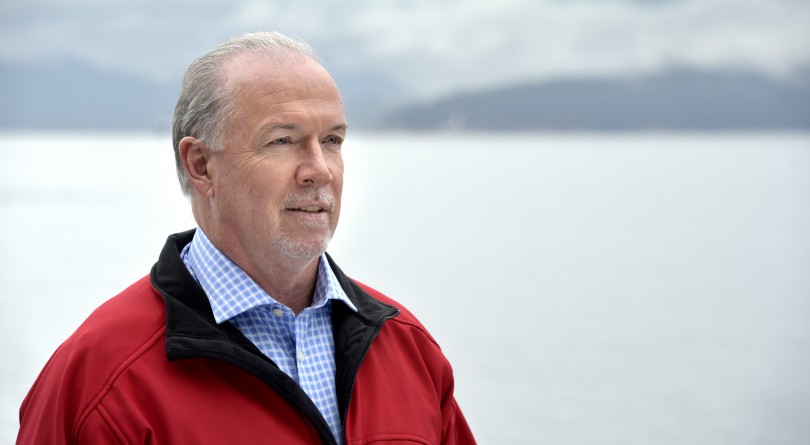 John Horgan is the Premier of British Columbia.

Throughout the debate on the Trans Mountain pipeline expansion project, our government’s focus has been, and will continue to be, protecting British Columbia’s coast — Canada’s Pacific coast.

B.C.’s environment and natural beauty is the envy of the world and the bedrock of our economy, our communities, and our way of life.

Expanding the pipeline would triple the volume of diluted bitumen, leading to a seven-fold increase in tanker traffic in coastal waters.

Consider the consequences of a heavy, toxic oil spill on communities up and down the coast.

Consider the losses to our fisheries sector, which generates more than $2 billion in revenue each year.

Consider the impact on B.C.’s 19,000 tourism businesses, which employ more than 133,000 people, representing $4.7 billion in annual wages and benefits.

Consider the impact on B.C.’s thriving film sector, which keeps 60,000 people working in our creative sector.

And consider the lasting and irreparable harms diluted bitumen would have on our waterways and wildlife.

Whether a community was built on forestry or mining, agriculture or small business, a diluted bitumen spill would hurt all British Columbians, affect tens of thousands of good-paying jobs and cost us billions in economic activity.

As Premier, my priority is to defend B.C.’s interests from the economic and environmental costs of a spill.

In doing so, our government has carefully observed the rule of law.

Our first action since we formed government in July 2017 was to join an existing lawsuit filed by First Nations seeking a judicial review of the decision to approve TMX at the Federal Court of Appeal.

B.C. argued that the National Energy Board failed to give sufficient weight to our concerns about the risks to our coast.

Our attention to the duties of the Crown was so strict that we carefully upheld our legal responsibilities in the Squamish case, where we defended the consultation process of the previous government.

We have continued to issue provincial permits, many of which involve First Nations consultation.

In October, we introduced new regulations for spill prevention, response and recovery for transporting petroleum products in B.C. by pipeline, rail or truck.

These regulations were crafted with input from industry, First Nations, local communities, and other federal and provincial agencies.

In January, we announced our intention to launch a second phase of consultations with respect to spill response times, geographic response plans, compensation for loss of public and cultural use of land and application of regulations to marine spills.

Other jurisdictions have made it clear they don’t agree with some of our proposed actions.

They take issue with our right to consult on appropriate measures to protect our economy, environment and our coast.

Yet B.C. is the only party asking the courts to clarify our right to propose these changes.

To do so is squarely within our rights as a province, and our duty as a government.

Ottawa has acted to take over the project, but our concerns — and the risks — remain.

In the weeks and months ahead, B.C. will continue to push for more certainty that sufficient protections will be provided for our coast.

At the end of the day, it doesn’t matter who owns the pipeline. What matters is protecting B.C.’s coast — and our lands, rivers and streams — from the catastrophic effects of an oil spill.

We will continue to fight for B.C.’s interests, and stand up for our people, our province, and our future.

That’s what our government was elected to do. That’s what we’ve been doing.

That’s what we’ll continue to do, as best we can, for all of B.C.