'Just like Erdogan': The mistake Trudeau is making with China

Adnan R. Khan: Turkey's president was one of the first global leaders to call the treatment of China's Uyghurs a genocide. Then came the pressure from China. 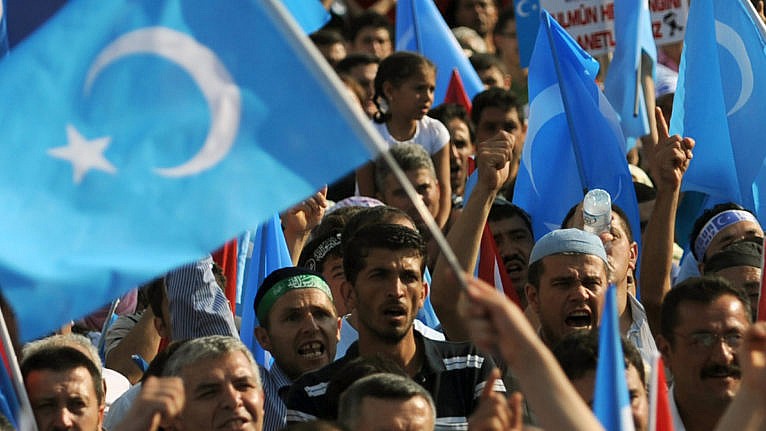 Back in 2009, the treatment of China’s Uyghurs was barely a blip on the political radars of western capitals. Understandably, of course: much of the world at that time was engulfed in a financial crisis the likes of which had never been seen before. Like the pandemic of today, the Great Recession provided cover for all sorts of atrocities and transgressions in authoritarian nations the world over. But there was one leader who was talking publicly about it—Turkey’s Recep Tayyip Erdogan.

Erdogan’s support for the Uyghurs was deeply personal. Many Turks, rightly or wrongly, consider their cousins in China to be direct descendants of the Oghuz Turks, the original Turkic clans that would band together in the 8th century and eventually create the Ottoman Empire. Their language is the closest you can find to the Turkish spoken in Turkey today, much closer than the Turkish in the more well-known Turkic nations of Turkmenistan and Uzbekistan.

Erdogan had reason to be angered by the mistreatment of these autochthonous Turks. And it was a rare occasion in which the Turkish president’s signature bluster proved to be more than mere diversion. Erdogan pointed a finger at a gathering atrocity in its early stages. At the time, China still had not built the internment camps where it now imprisons up to a reported two million Uyghurs; it had not—yet—turned Xinjiang province into a surveillance state.

But it was killing and arresting Uyghurs on a mass scale nonetheless. Indeed, since the attacks on Sept. 11, 2001, the Chinese Communist Party had followed the lead of Republicans under George W. Bush, viewing anyone who fit a certain profile—in China’s case, anyone of Turkic descent who showed outward signs of religious belief—to be a terrorist. Uyghurs who had fought for years to protect their language and culture from Han Chinese colonization, were suddenly labeled, arrested, and in some cases, permanently disappeared.

“The incidents in China are, simply put, a genocide,” Erdogan, who was prime minister at the time, said. “There’s no point in interpreting this otherwise.”

The problem was that by 2009 Turkey had already taken the bait in China’s now familiar geopolitical modus operandi: only a month earlier, its then-president, Abdullah Gul, had signed a $1.5 billion trade deal with China. Since 2001, Turkey’s bilateral trade with China had ballooned from US$1 billion a year to over $10 billion. In the years to come, it would continue to grow, peaking at over $28 billion in 2013.

As Turkey’s economic reliance on China grew, Erdogan’s latitude for tough talk shrank. It wasn’t so much that China was pouring money into Turkey—equity capital investments by Chinese investors totalled a mere US$1.9 billion in 2019, compared to over $100 billion from Europe—but the promise of favoured nation status at a time when Turkey’s relationships with its western allies were crumbling was too much to ignore.

“Now, with its traditional alliances in jeopardy, the Erdogan government wants to use the China and Russia cards in its dealings with the western world,” Ilhan Uzgel, the former head of the political science department at Ankara University, who was fired for his criticisms of the AK Party, tells me. “It does not want to be on bad terms with China.”

Turkey’s predicament is a cautionary tale of how not to deal with the Chinese Communist Party. In its fevered quest to be self-sufficient and independent, Turkey has found itself isolated and, in recent years, as the full scale of China’s crackdown on its Uyghurs have come to light, Erdogan has, out of necessity, remained uncharacteristically quiet.

Canada, Uzgel says, should be careful not to make the same mistake. “If you show weakness or division, the Chinese will try to exploit it,” he says. “If you are isolated, the Chinese will try to take advantage of you. It’s surprising that the Canadian Prime Minister would not join with the parliament to call what is happening to the Uyghurs a genocide. Canada is not Turkey; it is not isolated; it has a good relationship with the U.S. and with the Europeans. Confronting China is going to take this entire united front working in unison. That’s the message Canada should be sending, that it is on board with a global effort to confront the Chinese.”

Unlike Canada, Turkey faces a much more fraught predicament. Most recently, rumours have spread that China is using vaccine diplomacy—delaying delivery of the Sinovac vaccine—to arm-twist Turkey into ratifying an extradition treaty the two countries signed in 2017. Turkey is home to the world’s largest Uyhgur exile community, and much of the activism to bring attention to the plight of the Uyghurs, and preserve Uyghur culture, is centred in Istanbul. If that community is turned over to the Chinese, the last Uyghur-led resistance to China would potentially disappear.

Both Chinese and Turkish officials deny that the delay in vaccine deliveries has anything to do with politics but Turkey’s substantial Uyghur population is nonetheless terrified.

“We appreciate that Turkey has resisted ratifying the treaty so far,” one Uyghur activist in Istanbul told me recently, requesting anonymity. “But we also know how China operates and this pandemic has created opportunities for it. We’re living day by day here with the fear that we could be deported back to China at any time.”

In the fall of 2019, the same activist spoke to me openly, and on the record, about what Uyghurs faced in China (I never ended up using his interview for the story I was researching then, thankfully in retrospect). He described how Chinese authorities were “systematically trying to erase our culture” and how the world was doing nothing to stop them. It was heartbreaking to hear the stories of Uyghur’s in exile in Istanbul, of families torn apart for the grave crime of faith, of a language and history deemed a threat and in need of erasure.

During our recent telephone conversation, I told him about the decision in the Canadian parliament to call what was happening to the Uyghurs a genocide. His voice perked up. “Really?” he said.

Then I told him about the Canadian Prime Minister and his cabinet refusing to join the declaration. He let out a cynical laugh. “Yeah, just like Erdogan.”